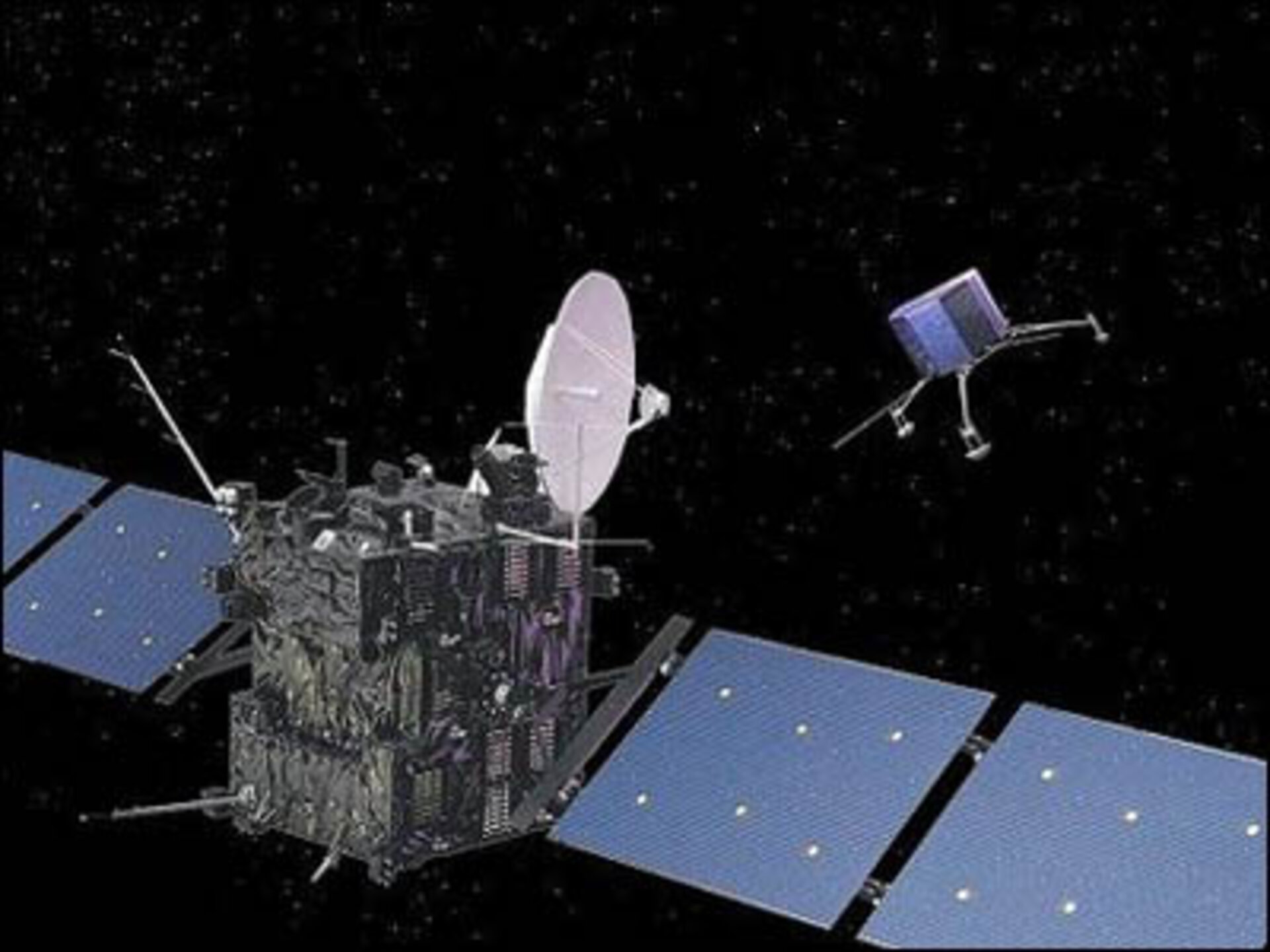 On 8 June, mission controllers will have the first opportunity to switch ESA's Rosetta comet-hunter into deep-space hibernation for 31 months. During this loneliest leg of its decade-long mission, Rosetta will loop ever closer toward comet 67-P, soaring to almost 1000 million km from Earth.

Marking one of the most dramatic and distant stages of the probe's 10-year journey to rendezvous with Comet 67-P/Churyumov-Gerasimenko, ground controllers at ESOC, ESA's European Space Operations Centre, plan to issue the final command next week to switch Rosetta into hibernation mode.

This will trigger the last steps in the shut-down of the spacecraft, turning off almost all flight control systems including telecommunications and attitude control. Rosetta's scientific instruments were already individually powered down during the first four months of this year.

"Rosetta is getting farther from the Sun, and soon there simply isn't going to be enough sunlight to power its systems," says Paolo Ferri, Head of ESOC's Solar and Planetary Mission Operations Division.

"We already achieved a record in July 2010 when we reached 400 million km from the Sun and became the most distant spacecraft ever to operate on solar power alone. Rosetta will double the record distance during the hibernation period."

Virtual shutdown of the entire spacecraft

The only devices left running will be the onboard computer and several heaters. These will be powered by the solar wings, and will be automatically switched on periodically to ensure that the entire satellite doesn't freeze up as its orbit takes it from 660 million km from the Sun out to 790 million km and back between now and January 2014.

Prior to entering hibernation, Rosetta will be oriented so that its solar wings face the Sun and be placed into a slow spin, which will stabilise the satellite.

The window for issuing the hibernation command opens on 8 June, once the spacecraft status is confirmed. After the command is sent, there will be no signal sent to or from ground until 2014. A single computer timer will tick down the 136-week hibernation period.

At precisely 10:00 GMT on 20 January 2014, the timer will wake the spacecraft, which, seven hours later, will transmit a check signal to let mission controllers know that the spacecraft has woken.

"We've planned for hibernation for some time, and it's a complex phase of the mission," says Andrea Accomazzo, Spacecraft Operations Manager at ESOC.

"Still, for the flight control team, it's an emotional moment. We're essentially turning the spacecraft off. We're already looking forward to January 2014 when it wakes up and we get our spacecraft back."