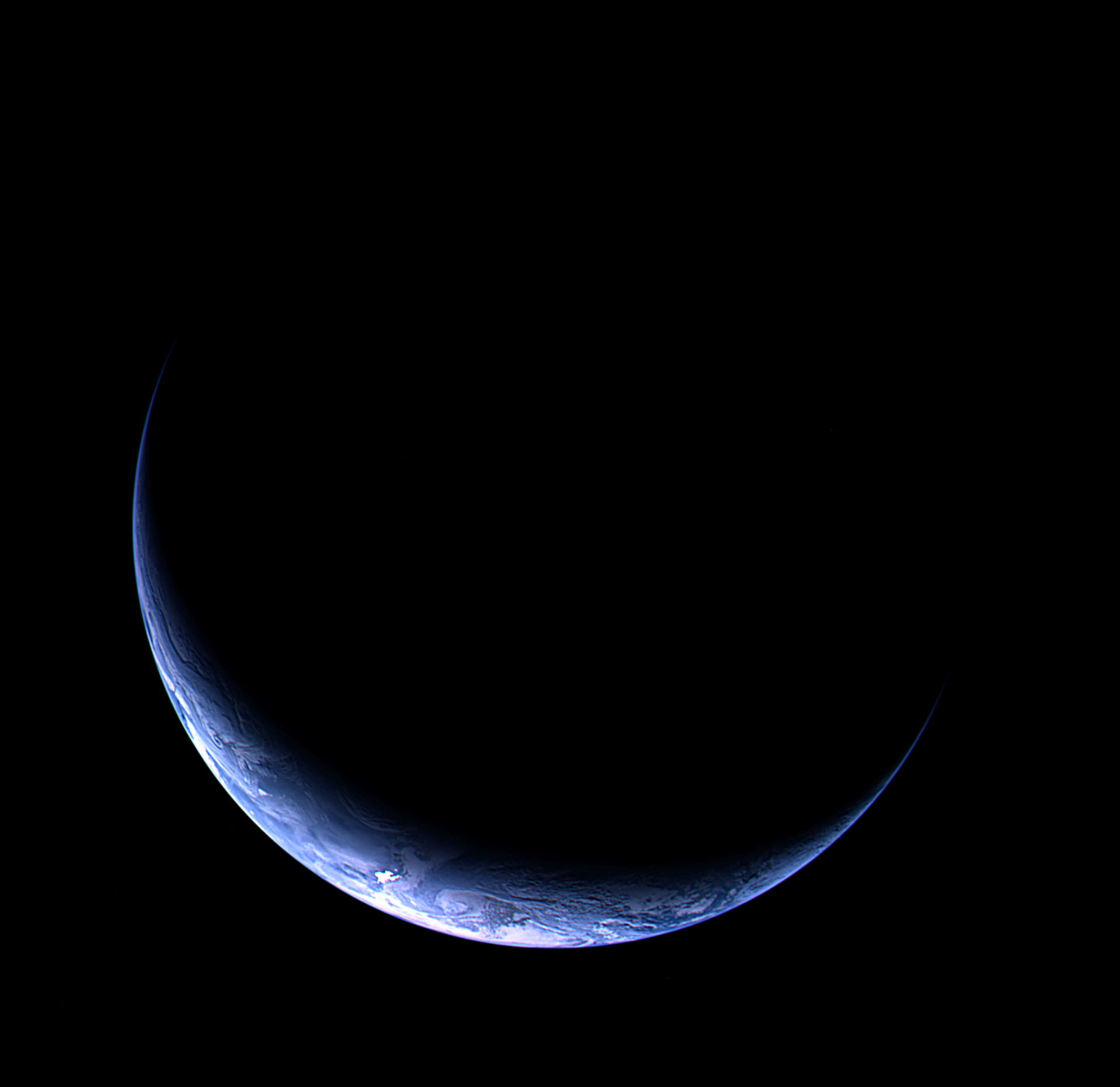 This spectacular image of our home planet was captured by the OSIRIS instrument on ESA's Rosetta comet chaser earlier today as the spacecraft approached Earth for the third and final swingby. Closest approach is due at 08:45 CET, 13 November 2009. Follow Rosetta's progress at ESA's dedicated Rosetta site and via the Rosetta Blog.

Three images with an orange, green, and blue filter were combined to create this one. The illuminated crescent is centered roughly around the South Pole (South at the bottom of the image). The outline of Antarctica is visible under the clouds that form the striking south-polar vortex. Pack ice in front of the coastline with its strong spectacular reflection is the cause for the very bright spots on the image.

The OSIRIS (Optical, Spectroscopic, and Infrared Remote Imaging System) is a wide-angle camera and a narrow-angle camera to obtain high-resolution images of the comet's nucleus and the asteroids that Rosetta passes on its voyage to Comet 67P/Churyumov-Gerasimenko. It will help in identifying the best landing sites.

Rosetta is also investigating a cosmic mystery: a gravitational anomaly that has baffled scientists for two decades.