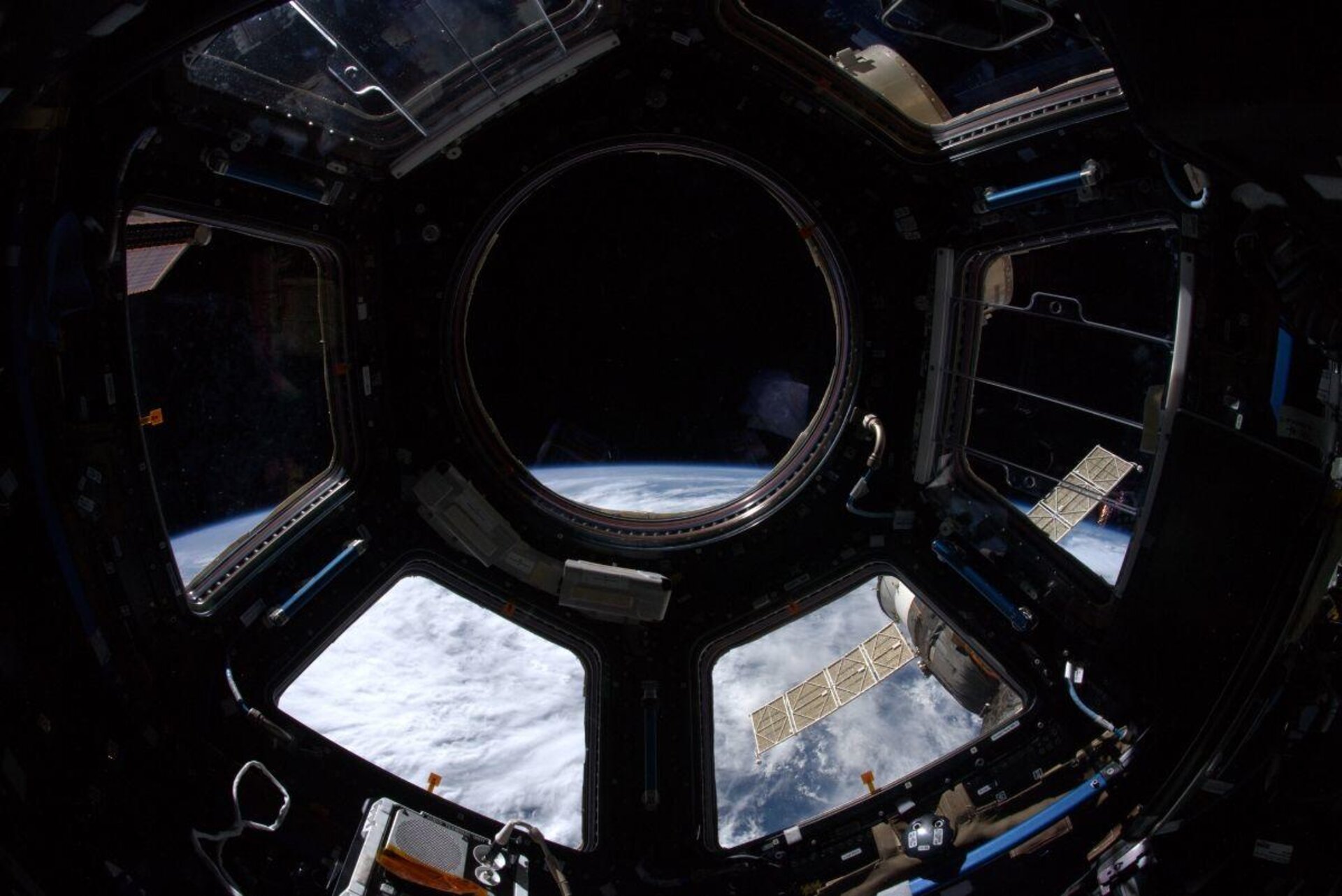 ESA astronaut Luca Parmitano’s Beyond mission has kicked into high gear during the last two weeks. He has been keeping the International Space Station running smoothly as well as working remotely with European researchers – with even Luca’s mealtimes the subject of experimental scrutiny.

As an amateur triathlete, Luca knows how crucial nutrition is for healthy and efficient living. Getting meals right is an aspect of mission design, so the Nutrition Monitoring for the International Space Station (NutrISS) experiment is tracking Luca’s energy balance.

Using the EveryWear astronaut app and a ‘bioelectric impedance’ device to measure his bodily conductivity, Luca has been tracking his fat to mass ratio. The science teams on Earth hope that a carefully-tailored high-protein diet could limit the typical microgravity-driven loss of bone and muscle.

The Soyuz MS-14 spacecraft originally expected to arrive on 24 August, carrying supplies and the Russian ‘Fedor’ robot, had its arrival called off due to a problem with the automated docking system. A different port was selected for what turned out to be a successful follow-up docking, but first it needed to be vacated.

On 26 August US astronaut Andrew Morgan and Russian cosmonaut Alexander Skvortsov accordingly moved the Soyuz MS-13 in a half-hour spaceflight. The Space Station solar arrays no longer align to the Sun during such manoeuvres, so electrical power needed to be conserved in advance of this transfer.

Many facilities were temporarily switched off, including Europe’s commercial ICE Cubes platform currently hosting three experiments: a test of off-the-shelf computer parts, an art installation and an ESA investigation into orbital cyber security.

A fourth ICE Cubes experiment was removed earlier in the month after it completed its operations. SpectroDemo – a new type of spectrometer that could be used on an ESA exobiology experiment, was tested to see if the technology is robust and fit for space science.

Tuesday 27 August saw the departure of Dragon and the end of the spaceflight part of many more European experiments. The samples from the Amyloid Aggregation experiment looking into how protein accumulates in brain cells were removed from the Station’s –80°C freezer and packed for return to Earth.

The proteins and exobiology instruments flying on Dragon were accompanied by microbes that had also been waiting in the freezer for their return trip to Earth. The BioRock experiment was the first investigation into using organisms to mine for resources in space. Microbes were set lose on a basalt plate in a closed container.

More organisms, in the form of algae, were also flown home, that had been part of German Aerospace Center DLR’s PhotoBioreactor experiment that aimed to convert carbon dioxide to breathable oxygen and edible algae – five samples splashed down in the Pacific Ocean.

Lastly France’s space agency CNES finished a second investigation into materials for germ-resistant spacecraft. The Matiss-2 experiment was placed in Europe’s space laboratory Columbus for just under a year collecting dust and bacteria. Researchers will now analyse the surfaces to see which materials are least hospitable to unwanted bacteria – focussing on materials that expel water.

Time for an upgrade
Luca and his crewmates have also been helping keep onboard hardware running smoothly – an unglamorous but essential aspect of spaceflight. They prepared laptops for upgrades, installed updated firmware in the  Kubik centrifuge-incubator, prepared the AstroPi educational mini-computers to run new student code and switched over laptop batteries as part of the regular health check of the
BioLab glovebox system.