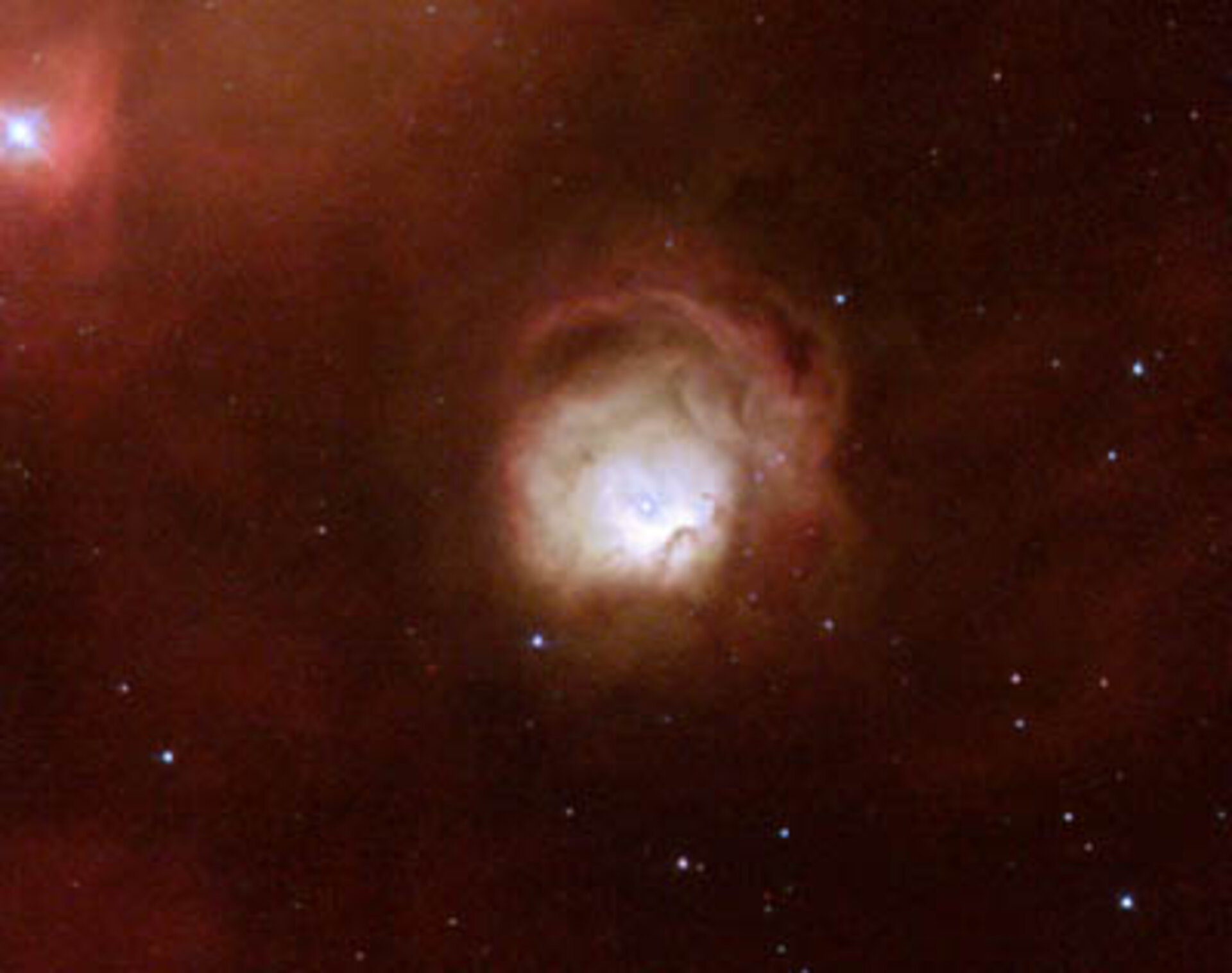 N11A lies within a spectacular star-forming region in the Large Magellanic Cloud, a small nearby companion galaxy to our own Milky Way Galaxy, visible from the Southern Hemisphere. This nebula is particularly interesting for astronomers since it is the smallest and most compact nebula in that region and represents the most recent massive star formation event there.

The excellent imaging power of Hubble enabled astronomers to see this nebula in more detail and to study the structure of the hot gas envelope as well as the stars embedded in its centre. The image made it possible for the first time to identify the stars that actually make it glow. Such information is essential for a better understanding of the formation of massive stars - stars more than 10 times as heavy as our Sun.

1922: On 17 May 1922, Australian James Francis Skjellerup rediscovered Comet Grigg-Skjellerup. The comet was first seen on 23 July 1902 by New Zealander John Grigg, but subsequently lost as it moved away from its original position in the sky.

1835: On 17 May 1835, the British astronomer J. Norman Lockyer was born, discoverer of the element helium in 1868. He was making visual spectroscopic studies of the Sun when he attributed unknown absorption lines to the new element, not discovered on Earth until 1891. Helium is the second simplest and most abundant element in the Universe after hydrogen.