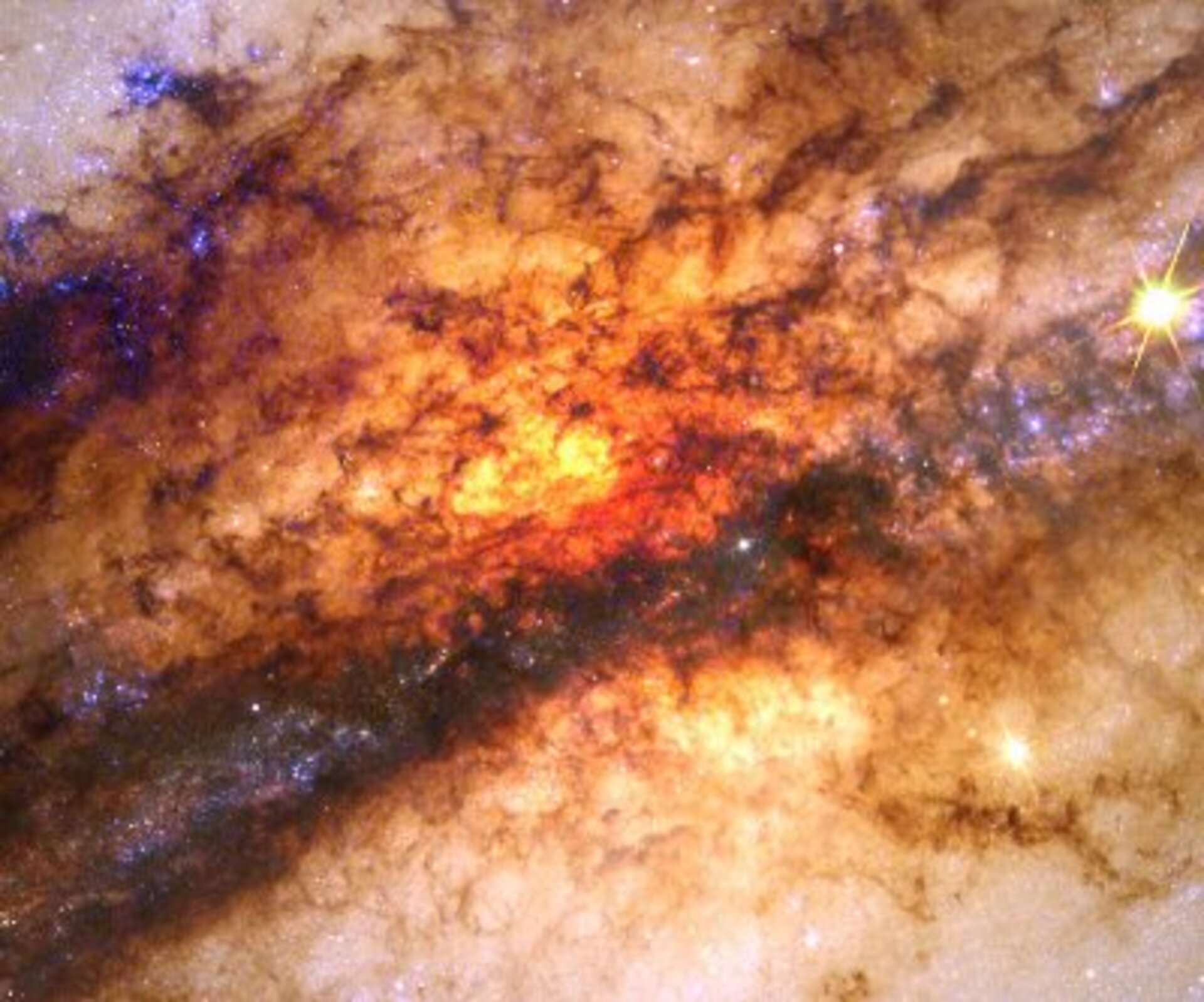 1998: On 15 May 1998, astronomers obtained an unprecedented look at the nearest example of galactic cannibalism - a massive black hole hidden at the centre of a nearby giant galaxy that is feeding on a smaller galaxy in a spectacular collision. Such fireworks were common in the early universe, as galaxies formed and evolved, but are rare today.

Although the cause-and-effect relationships are not yet clear, the views provided by two instruments aboard the NASA/ESA Hubble Space Telescope gave astronomers new insights into the powerful forces being exerted in this complex maelstrom. Researchers believe these forces may even have shifted the axis of the massive black hole from its expected orientation.

The Hubble wide-field camera visible image of the merged 'Centaurus A' galaxy, also called NGC 5128, shows in sharp clarity a dramatic dark lane of dust girdling the galaxy. Blue clusters of newborn stars are clearly resolved, and silhouettes of dust filaments are interspersed with blazing orange-glowing gas. Located only 10 million light-years away, this peculiar-looking galaxy contains the closest active galactic nucleus to Earth and has long been considered an example of an elliptical galaxy disrupted by a recent collision with a smaller companion spiral galaxy.

Using the infrared vision of Hubble, astronomers have penetrated this wall of dust for the first time to see a twisted disk of hot gas swept up in the black hole's gravitational whirlpool. The suspected black hole is so dense it contains the mass of perhaps a billion stars, compacted into a small region of space not much larger than our Solar System.

1857: On 15 May 1857, Williamina Paton Stevens Fleming was born. She was a Scottish-born American astronomer who pioneered the classification of stellar spectra. She was also the first to discover stars called 'white dwarfs.'