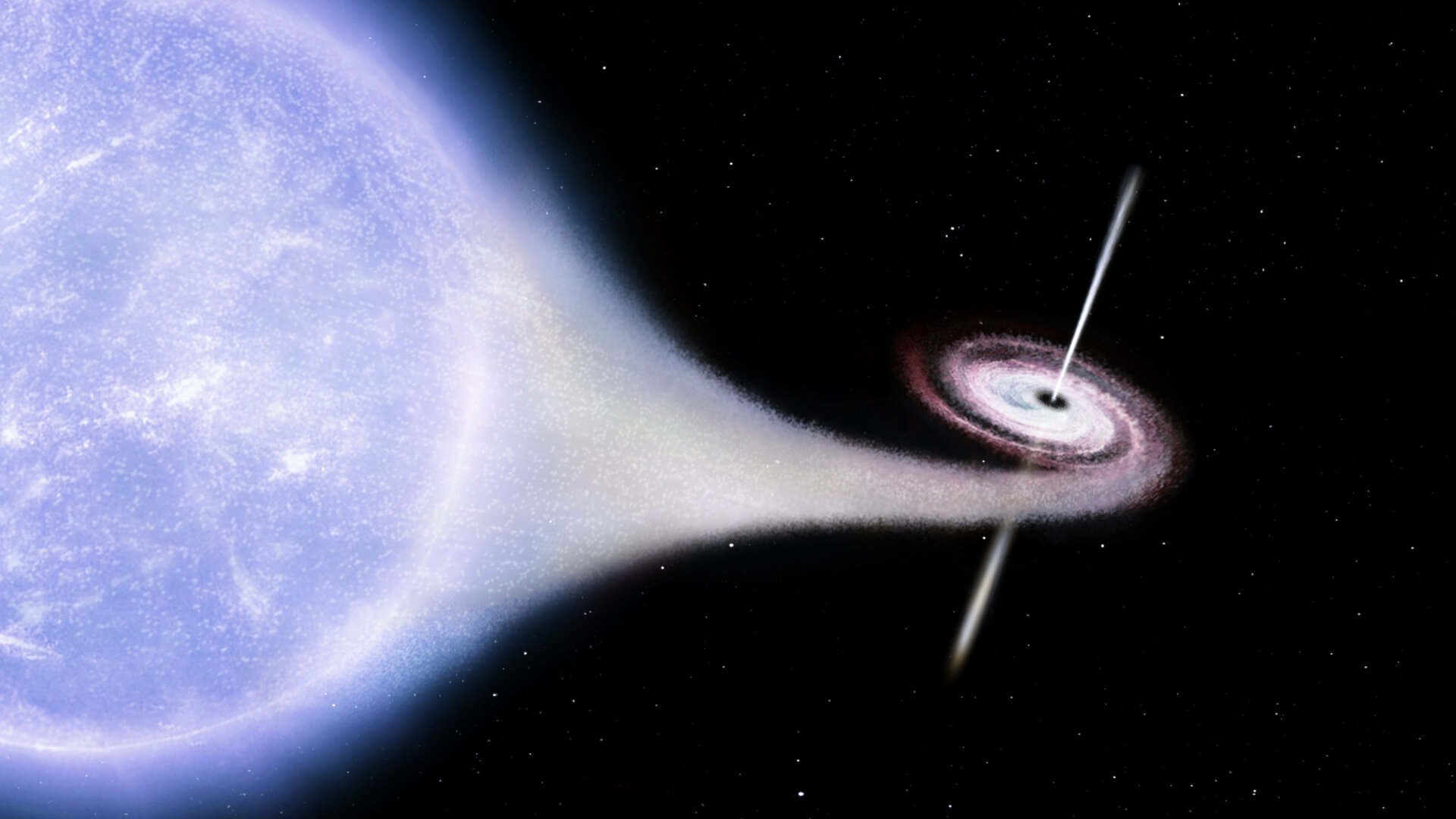 ESA’s Integral gamma-ray observatory has spotted extremely hot matter just a millisecond before it plunges into the oblivion of a black hole. But is it really doomed? These unique observations suggest that some of the matter may be making a great escape.

No one would want to be so close to a black hole. Just a few hundred kilometres away from its deadly surface, space is a maelstrom of particles and radiation. Vast storms of particles are falling to their doom at close to the speed of light, raising the temperature to millions of degrees.

Ordinarily, it takes just a millisecond for the particles to cross this final distance but hope may be at hand for a small fraction of them.

Thanks to the new Integral observations, astronomers now know that this chaotic region is threaded by magnetic fields.

This is the first time that magnetic fields have been identified so close to a black hole. Most importantly, Integral shows they are highly structured magnetic fields that are forming an escape tunnel for some of the doomed particles.

Philippe Laurent, CEA Saclay, France, and colleagues made the discovery by studying the nearby black hole, Cygnus X-1, which is ripping a companion star to pieces and feeding on its gas.

Their evidence points to the magnetic field being strong enough to tear away particles from the black hole’s gravitational clutches and funnel them outwards, creating jets of matter that shoot into space. The particles in these jets are being drawn into spiral trajectories as they climb the magnetic field to freedom and this is affecting a property of their gamma-ray light known as polarisation.

A gamma ray, like ordinary light, is a kind of wave and the orientation of the wave is known as its polarisation. When a fast particle spirals in a magnetic field it produces a kind of light, known as synchrotron emission, which displays a characteristic pattern of polarisation. It is this polarisation that the team have found in the gamma rays. It was a difficult observation to make.

“We had to use almost every observation Integral has ever made of Cygnus X-1 to make this detection,” says Laurent.

Amassed over seven years, these repeated observations of the black hole now total over five million seconds of observing time, the equivalent of taking a single image with an exposure time of more than two months. Laurent’s team added them all together to create just such an exposure.

“We still do not know exactly how the infalling matter is turned into the jets. There is a big debate among theoreticians; these observations will help them decide,” says Laurent.

"This discovery of polarized emission from a black hole jet is a unique result demonstrating that Integral, which is covering the high-energy band in ESA's wide spectrum of scientific missions, continues to produce key results more than eight years after its launch," says Christoph Winkler, ESA Integral Project Scientist.