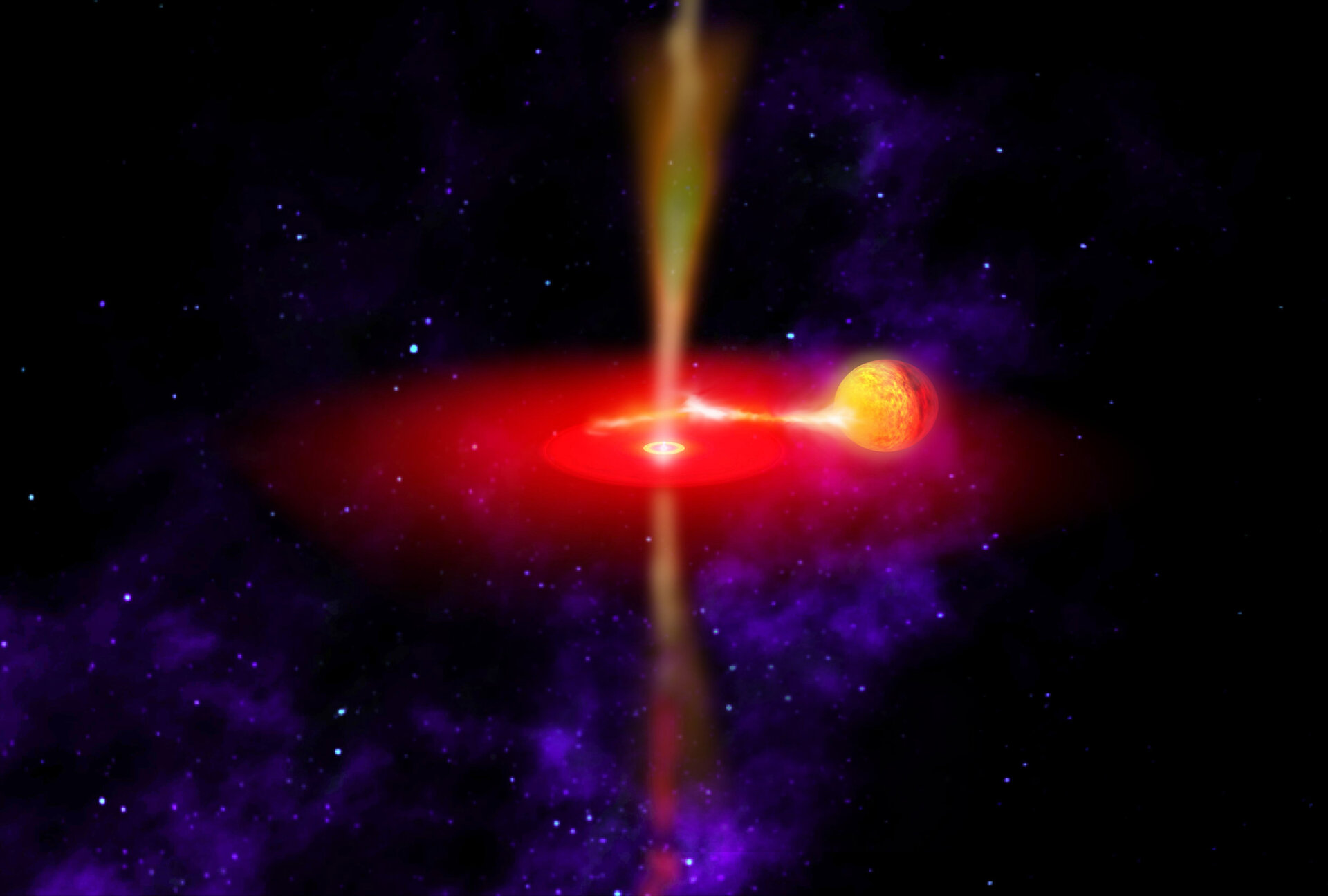 ESA's XMM-Newton has helped to find evidence for the existence of controversial Intermediate Mass Black Holes. Scientists used a new, recently proven method for determining the mass of black holes.

Nikolai Shaposhnikov and Lev Titarchuk, at NASA’s Goddard Space Flight Center (GSFC), have used the technique to determine the mass of the black hole, Cygnus X-1, located in the constellation Cygnus (the Swan) approximately 10 000 light years away in our Galaxy, the Milky Way.

The elegant technique, first suggested by Titarchuk in 1998, shows that Cygnus X-1, part of a binary system, contains 8.7 solar masses, with a margin of error of only 0.8 solar masses. Cygnus X-1 was one of the first compelling black hole candidates to emerge in the early 1970s. The system consists of a blue supergiant and a massive but invisible companion.

Working independently from Shaposhnikov and Titarchuk, Tod Strohmayer and Richard Mushotzky, also from GSFC, and four colleagues, used Titarchuk’s technique on XMM data and stumbled upon an Intermediate Mass Black Hole (IMBH)- the existence of which is in theory controversial.

They estimated that an ultraluminous X-ray source in the nearby galaxy, NGC 5408, harbours a black hole with a mass of about 2 000 Suns.“This is one of the best indications to date for an IMBH,” says Strohmayer.

The existence of IMBHs is controversial because there is no widely accepted mechanism for how they could form. But they would fill in a huge gap between black holes such as Cygnus X-1 - which form from collapsing massive stars and contain perhaps 5 to 20 solar masses - and the 'monsters' (up to thousand million solar masses) that lurk in the cores of large galaxies.

Titarchuk’s method takes advantage of a relationship between a black hole and its surrounding accretion disk. Gas orbiting in these disks eventually spirals into the black hole. When a black hole’s accretion rate increases to a high level, material piles up near the black hole in a hot region that Titarchuk likens to a traffic jam.

In his model, hot gas piling up in the congestion region is linked to observations of X-ray intensity variations that repeat on a nearly, but not perfectly, periodic basis. These Quasi-Periodic Oscillations (QPOs) are observed in many black hole systems. The QPOs are accompanied by simple, predictable changes in the system’s spectrum as the surrounding gas heats and cools in response to the changing accretion rate.

Precise timing observations from NASA’s Rossi X-ray Timing Explorer (RXTE) satellite have shown a close relationship between the frequency of QPOs and the spectrum, telling astronomers how efficiently the black hole is producing X-rays.

Using RXTE, Shaposhnikov and Titarchuk have applied this method to three stellar-mass black holes in the Milky Way and shown that the derived masses from the QPOs concur with mass measurements from other techniques.

NGC 5408 X-1 is the brightest X-ray source in the small, irregular galaxy NGC 5408, 16 million light years from Earth in the constellation Centaurus. The QPO frequencies, as well as the luminosity and spectral characteristics of the source, imply that it is powered by an IMBH.

“We had two other ways of estimating the mass of the black hole, and all three methods agree within a factor of two,” says Mushotzky. “We don’t have proof this is an IMBH, but the preponderance of evidence suggests that it is.”

One of the study’s coauthors, Roberto Soria of the Harvard-Smithsonian Center for Astrophysics, thinks the black hole’s mass is closer to one hundred Suns.

The findings described in this article will appear in two papers to be published in the Astrophysical journals.

The second paper, “Determination of Black Hole Mass in Cyg X-1 by Scaling of Spectral Index-QPO Frequency Correlation”, is by N. Shaposhnikov and L.Titarchuk.