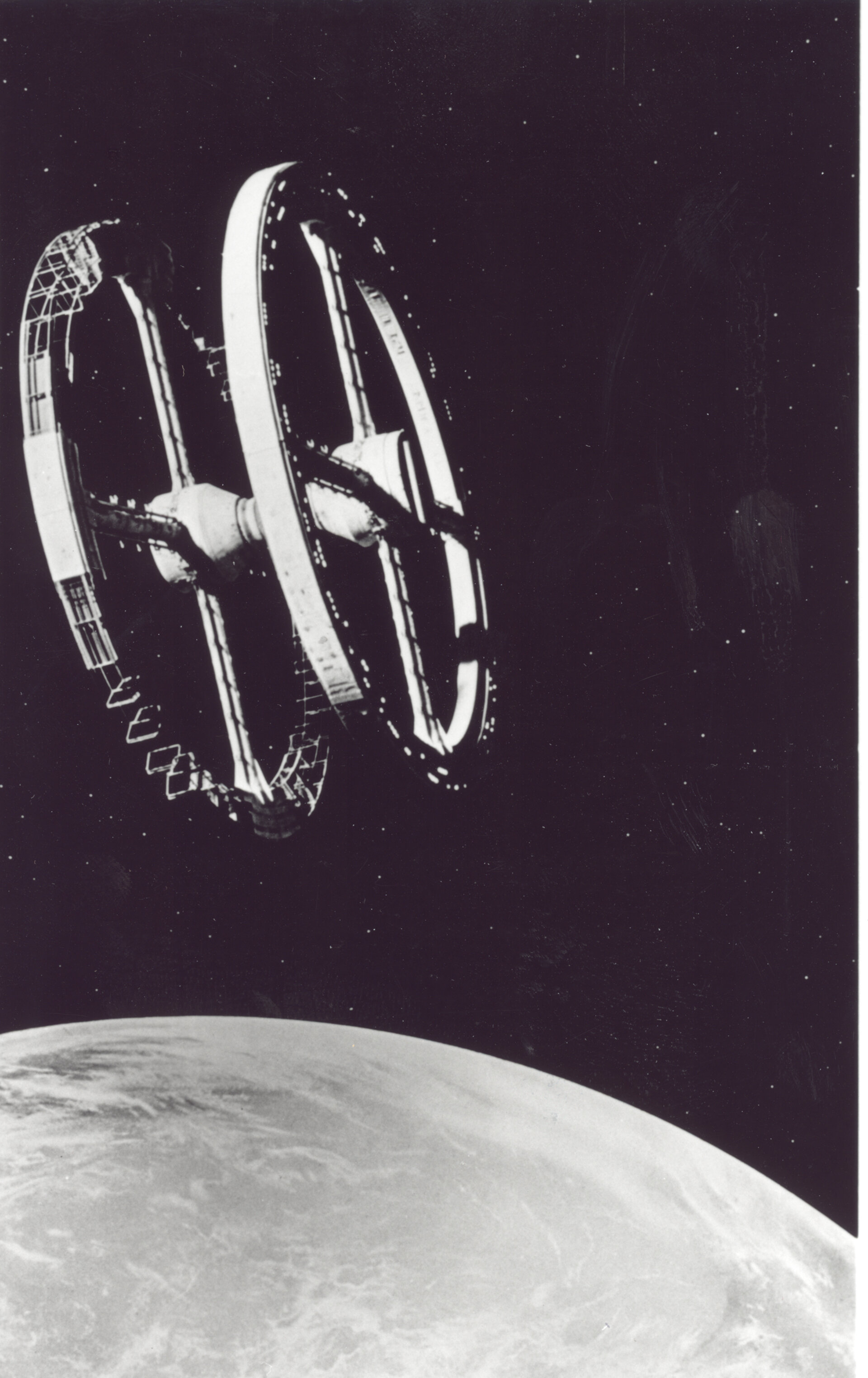 Music and space have a deep association. Classical composers through the ages, from Haydn and Holst, to Gorecki and Glass, have looked to the Sun, Moon, planets and stars to feed their creativity and fire our imaginations.

Some pieces have become permanently connected with space in popular culture, and remain in the collective consciousness: the Blue Danube waltz by Johann Strauss, for example, reminds us of the classic scene in the science fiction film ‘2001: A Space Odyssey’ where a Shuttle docks with an orbiting space station.

In science fact, since the earliest years of the space age, spaceflight has been the subject of countless popular songs. It has provided a massive source of inspiration in the important area of popular entertainment, reflected by space themes being heard increasingly in pop music.

Music even accompanied the crews of the first missions into space. The first Moonlanding crew of Apollo 11 famously carried Dvorak’s New World Symphony with them, and the Apollo 15 crew took songs by The Beatles and The Moody Blues, for example.

Today, astronauts take music into space digitally, on their laptops or MP3 players (some even play instruments!). ESA’s astronauts have shared their playlists with the public, on ESA’s Spotify music channel and other streaming services, for example.

Why do astronauts take music into space? Astronauts say it’s one of the most personal things that you’re able to take up with you in orbit. Wherever your music is, that’s sort of a version of home.

Indeed, music has an effect on memories and associations, but most importantly, music has the power to inspire. It can create mood and convey emotions, often much better than written words.

Vangelis: a soundtrack for space

Music is a very powerful tool. For years, moviemakers have demonstrated the importance of music in film, and the power a soundtrack can have over audiences. TV shows and films become instantly more impactful when accompanied by the right music, and this can be used in communication about space, for example, in our videos.

The world-famous Greek composer Vangelis explains it best when he says, “Science and space exploration are subjects that have fascinated me since my early childhood. Nature and space are always very important to me, and they were always connected somehow with the music I write. I understand the world through music and I believe that music shapes the Universe.”

ESA recently collaborated with Vangelis in the creation of ‘Rosetta’, his first studio album in 18 years. The album’s 13 tracks are a musical description of our comet chaser’s 10-year journey in space. Dedicated to ‘everyone who made the mission possible’, the album will serve as a permanent record of these historic moments in the public memory and imagination, long after the official press releases and web stories are forgotten.

Cooperations in music are also useful for outreach, and are hugely effective in creating awareness. We have several initiatives where ESA’s Communications Department is working with artists, musicians and media influencers who share an interest in space, and who are helping boost awareness of ESA by engaging with their audiences.

One notable collaboration is ‘#Spacerocks’, which can trace its origins back to the mission of Dutch ESA astronaut André Kuipers in 2011. André’s ESA team on the ground were given access to his onboard music selection, which allowed them to interact with his favourite artists and generate some social media ‘buzz’ around his mission (in fact, this is how we got to know Vangelis!). The idea developed into a full-blown social media campaign involving music industry contacts for ESA astronaut Tim Peake’s mission in 2015.

Tim selected 75 of his favourite tracks from well-known bands and musicians to listen to during his stay on the International Space Station. But he did something a little different with this music: a few times each week, Tim tweeted lyrics from these songs. The first person to reply to each tweet with the correct song title and artist won an exclusive ESA #spacerocks patch that had flown in space.

#Spacerocks was one of the most exciting competitions to be held in space, resulting in interactions from the likes of Blondie, Snow Patrol, Coldplay, Peter Gabriel, Muse and Elton John. However, this concept was not just about virtual engagement on Twitter.

At the same time, ESA colleagues from the Rosetta mission were also working on similar ideas for outreach involving music. One of the more unusual things we did to promote Rosetta was to work with the Polish company Platige Image to produce a short science fiction film called ‘Ambition’, which featured a soaring soundtrack written by Polish-Bulgarian composer Atanas Volkov.

During 2014, Rosetta had engaged many people and inspired several to write music spanning a number of genres. Thanks to both Rosetta and André Kuipers, that’s when Vangelis came on board and the two concepts were merged.

The initiative has always been about interaction in the real world, not just social media: bands have sent us messages, provided original music for our launches and missions, visited ESA sites to experience ‘space’, and even filmed videos on location!

These contacts have led to extended collaborations and, of course, continued support on social media channels. For example, #spacerocks led to contact with award-winning composer Ilan Eshkeri, known for his concert music and film scores, who created music for Tim's mission videos and who is now working on more space-related projects.

The most recent collaboration is actually called ‘Space Rocks’, a pilot event in London in April 2018, which is part science festival and part rock concert rolled into one show. See more about Space Rocks.

Speaking of original music, our official SoundCloud channel hosts a multitude of sounds and so-called ‘sonifications’ from space, including the famous Rosetta ‘singing comet’, a track that has been reused and remixed thousands of times by composers and music makers worldwide.

These tracks are released as Creative Commons-licensed materials, with many are under the Share Alike license (CC BY-SA IGO 3.0), meaning that you can sample them, make music with them and even use that music commercially, as long as you release your results under the same license for others to remix.

We also have an ESA-branded Spotfiy account, on the publicly available music streaming platform, where we host the in-flight playlists of our astronauts and we have created some space-themed playlists for different occasions. You can find ESA Spotify here.