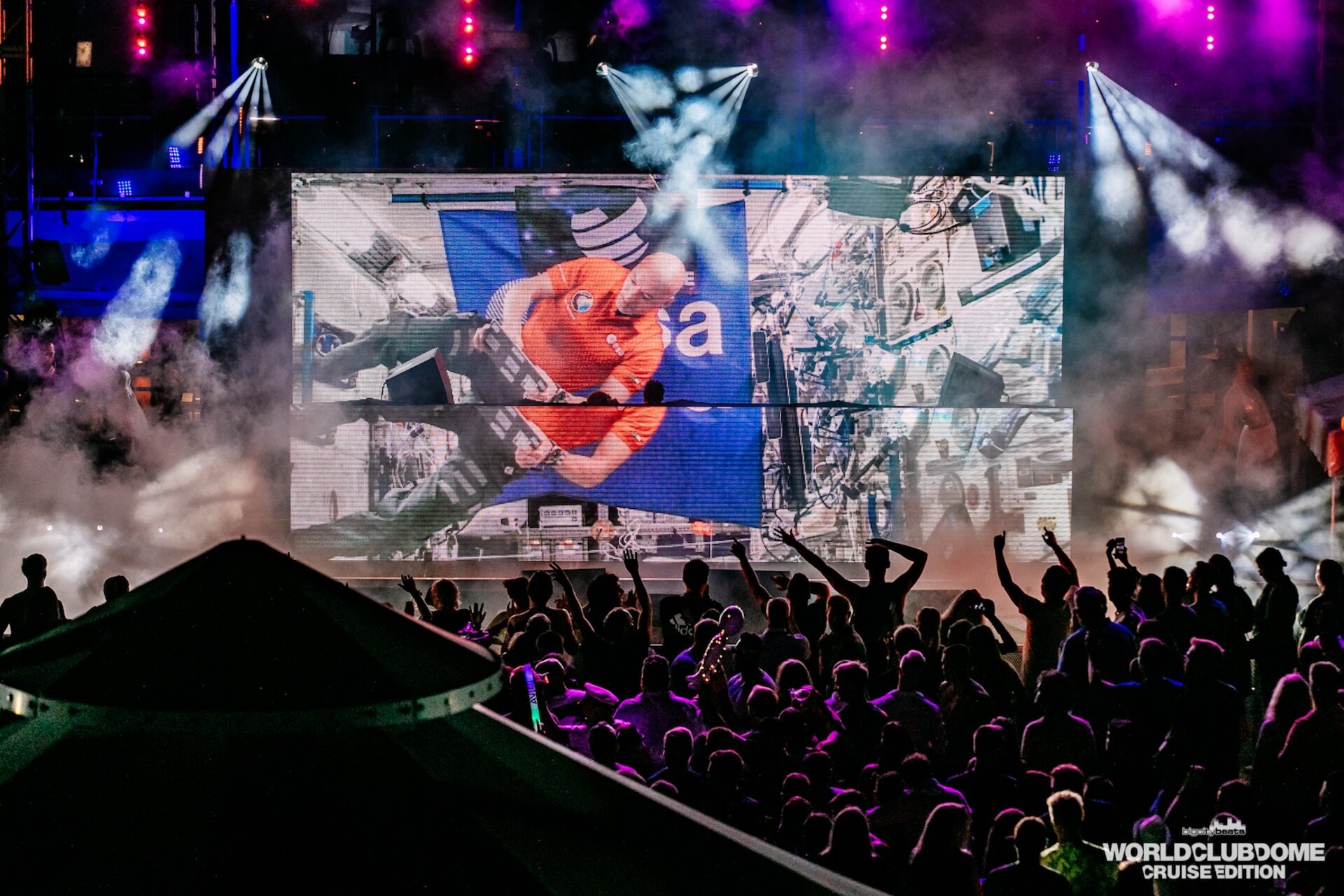 ESA astronaut Luca Parmitano made space (and music) history on 13 August when he broadcast the first DJ music set from orbit, performing to an audience of over 3000 people as part of the BigCityBeats WORLD CLUB DOME Cruise Edition.

The results of his work were beamed to the main stage on board the cruise ship Norwegian Pearl moored at the Spanish island of Ibiza. His set of around 12 minutes was played as part of the regular programme of DJs at the festival. This was the first time that a DJ set has been played from the International Space Station and, indeed, from space.

Making time for this broadcast during his non-operational activities, Luca also explained the goal of his Beyond mission and demonstrated life on board the Station to the audience in Ibiza. All these activities were key to widening awareness of ESA to a young European audience and bringing the focus on space in an inspirational and accessible setting.

Luca’s set was followed by that of his mentor, German DJ Le Shuuk. Luca had taken time out of his busy pre-flight training schedule earlier this year to work with Le Shuuk and receive a briefing on how to mix tracks. Le Shuuk prepared a personal playlist for Luca to take with him to the Station, and provided specialist DJ software that was uploaded to the astronaut’s tablets in space.

The ‘first DJ in space’ story can trace its origins back to 2018, when Frankfurt-based events company, BigCityBeats, contacted ESA’s newly formed Partnerships Unit. They requested the assistance of an ESA astronaut for a ‘zero g’ parabolic flight that they had chartered from French company Novespace (which also operates the joint ESA/CNES/DLR parabolic flights).

Under the banner of the World Club Dome, this cooperation resulted in a ‘zero-g’ dance party, combining a fascination of science with the joy and fun of dance music in a first-of-its-kind flight in Europe. ESA astronauts Pedro Duque and Jean-Francois Clervoy joined the ‘weightless’ flight and provided background training and safety tips to the DJs and party-goers.

This was followed by another parabolic flight in March of this year to promote the WORLD CLUB DOME Space Edition, a three-day event in Frankfurt in June where the main stage was dominated with a 28 m high Ariane 5 rocket and featured special guests ESA astronauts André Kuipers and Matthias Maurer.

Bernd Breiter, CEO of BigCityBeats GmbH, said, “I had goosebumps and tears in my eyes when I saw Luca raising the WORLD CLUB DOME flag on the Space Station. When the first music started to play during the broadcast from space, I cannot even begin to describe my feelings in that moment. This has been my dream for many years to create the first club in space and, on a much broader scale, to connect science and music, which I hope will inspire generations to come.”