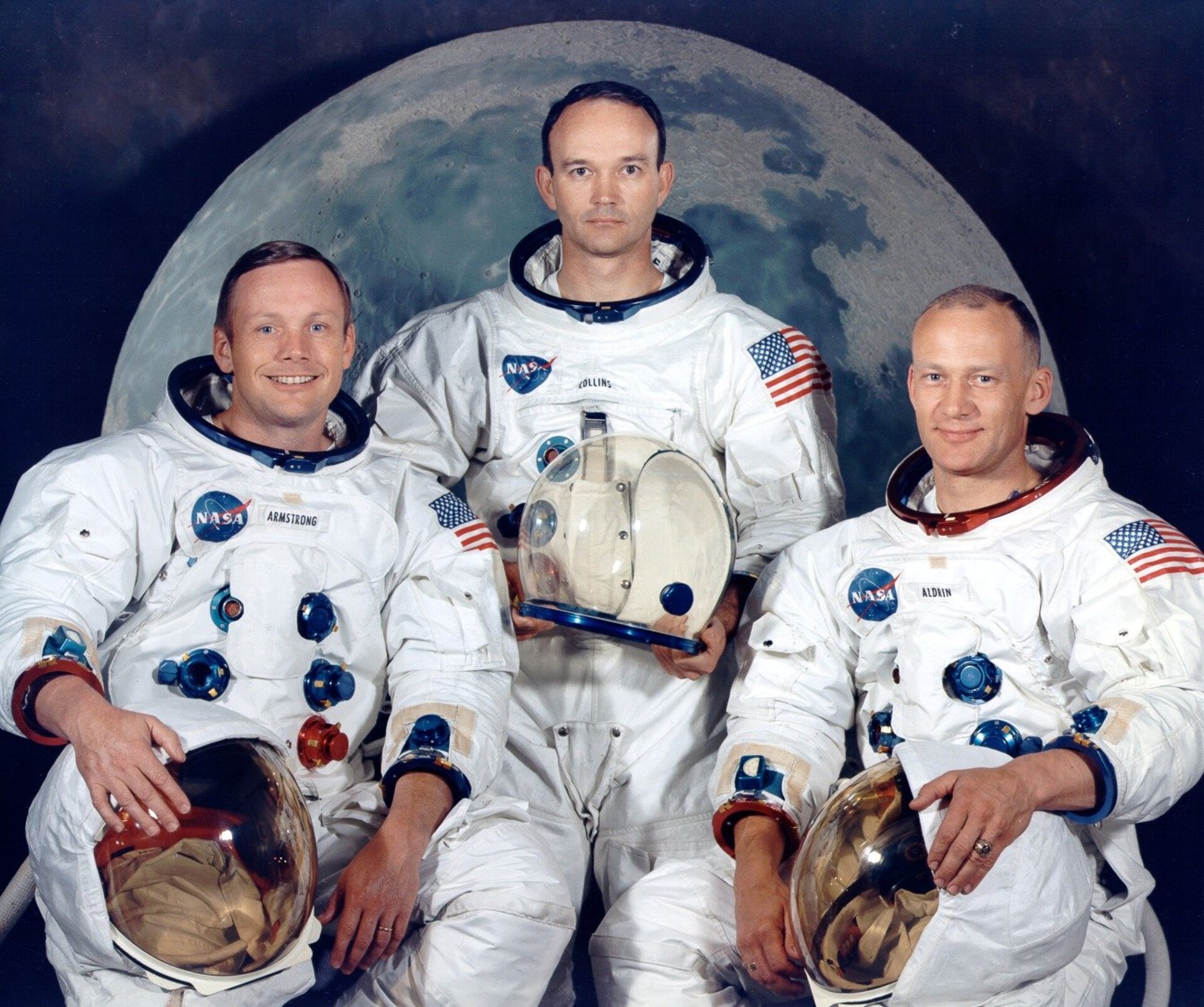 With over half a billion people watching all over the world, Apollo 11 prepares to lift off from Cape Kennedy, Florida, on what is seen as possibly the greatest single step in our history - a landing of humans on the Moon and returning them to Earth.

10:35 a.m. After a breakfast of orange juice, steak, scrambled eggs, toast and coffee, they begin suiting up.

11:27 a.m. The crew sets off in an air-conditioned van for the launch pad 12 km away. They take the lift to the Apollo Command Module sitting 110 m up on top of the Saturn V rocket.

11:54 a.m. Armstrong enters the Command Module and takes position in the left couch. He is followed 5 minutes later by Collins on the right and Aldrin in the centre couch.

The weather is good, with winds at 10 knots from the south-east, temperature around 28-29°C (85°F) and clouds at 5000 m. Two minor problems developed in the ground equipment, a leaky valve and a faulty signal light were corrected while the astronauts were en route to the pad.

2.32 p.m. CEST (9.32 a.m. EDT) On schedule to within less than a second, 8 seconds before launch time, the first of the Saturn V's first stage engines ignited. For two seconds the vehicle builds up thrust. The hold down clamps were released and the space vehicle began moving slowly upward from the pad, as near 9:32 a.m. as human effort could make it.

2:44 p.m. Apollo 11 enters a 150 km Earth orbit, during which the vehicle is carefully checked by the astronauts and Mission Control in Houston, Texas.

5:22 p.m. Another firing of the Saturn third-stage engine boosts Apollo 11 out of orbit onto its lunar trajectory at an initial speed of 38 000 km/h.

5:49 p.m. While the spacecraft moves away from Earth, the Command/Service Module ‘Columbia’ separates from its launcher adapter and retrieves the Lunar Module ‘Eagle’ from its compartment atop the third stage.