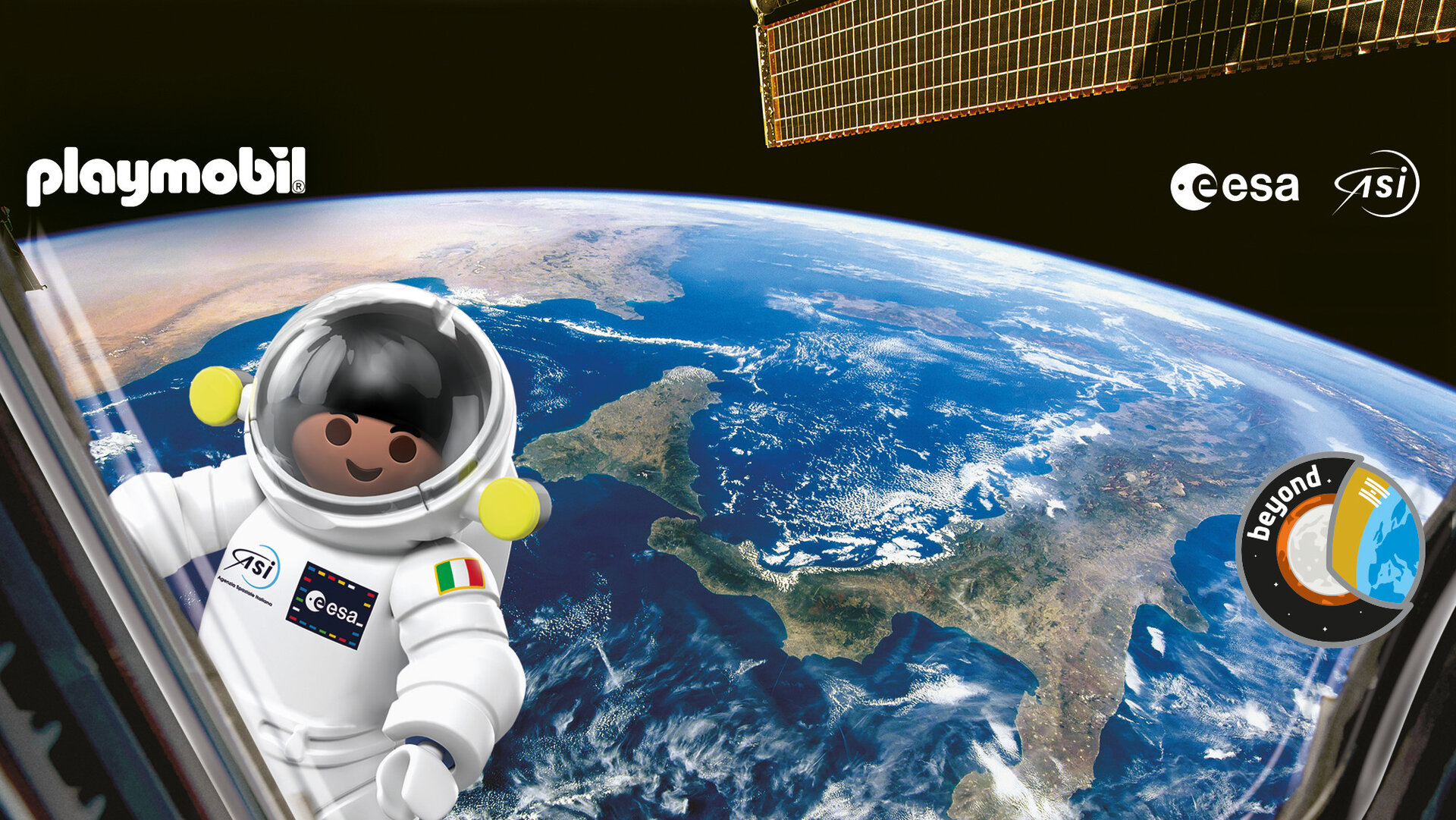 Playmobil figures are enjoyed by millions of children around the world, but now two very special figures, in the likeness of ESA’s Luca Parmitano, are flying around Earth with the astronaut himself.

They are two of a limited special edition of 25 000 figures, which only be found with copies of this month’s Italian edition of Playmobil magazine.

This issue of the magazine is full of space-themed stories to inspire children and set their imaginations racing, while explaining about space exploration, the science behind the International Space Station and what we know about the Universe and what lies beyond our planet.

Playmobil toys are known for helping children develop their imaginations and concentration skills as they invent worlds for these little figures.

The magazine and figure collaboration is a partnership between ESA, the Italian space agency ASI and the Italian publisher to celebrate Luca’s achievements and promote learning and foster curiosity and creativity in children.

The Playmobil Luca sports an astronaut ‘Snoopy’ hat, similar to that worn by the real Luca as he will prepare to don his spacesuit for a series of complex spacewalks later in his mission to repair the AMS-02 ‘antimatter hunter’ instrument outside the Space Station. The Snoopy cap holds the headphone and microphone communication so spacewalkers can talk to mission control and their colleagues inside the Space Station.

Luca has already unpacked the two figures that arrived on the Cygnus NG-11 cargo ship in April. With the message of encouragement to children to pursue their passion and dreams with determination, he said, “These two Playmobil astronauts will stay in space for all future visitors of humankind’s outpost to play with, to inspire and use to educate children about life in space.” 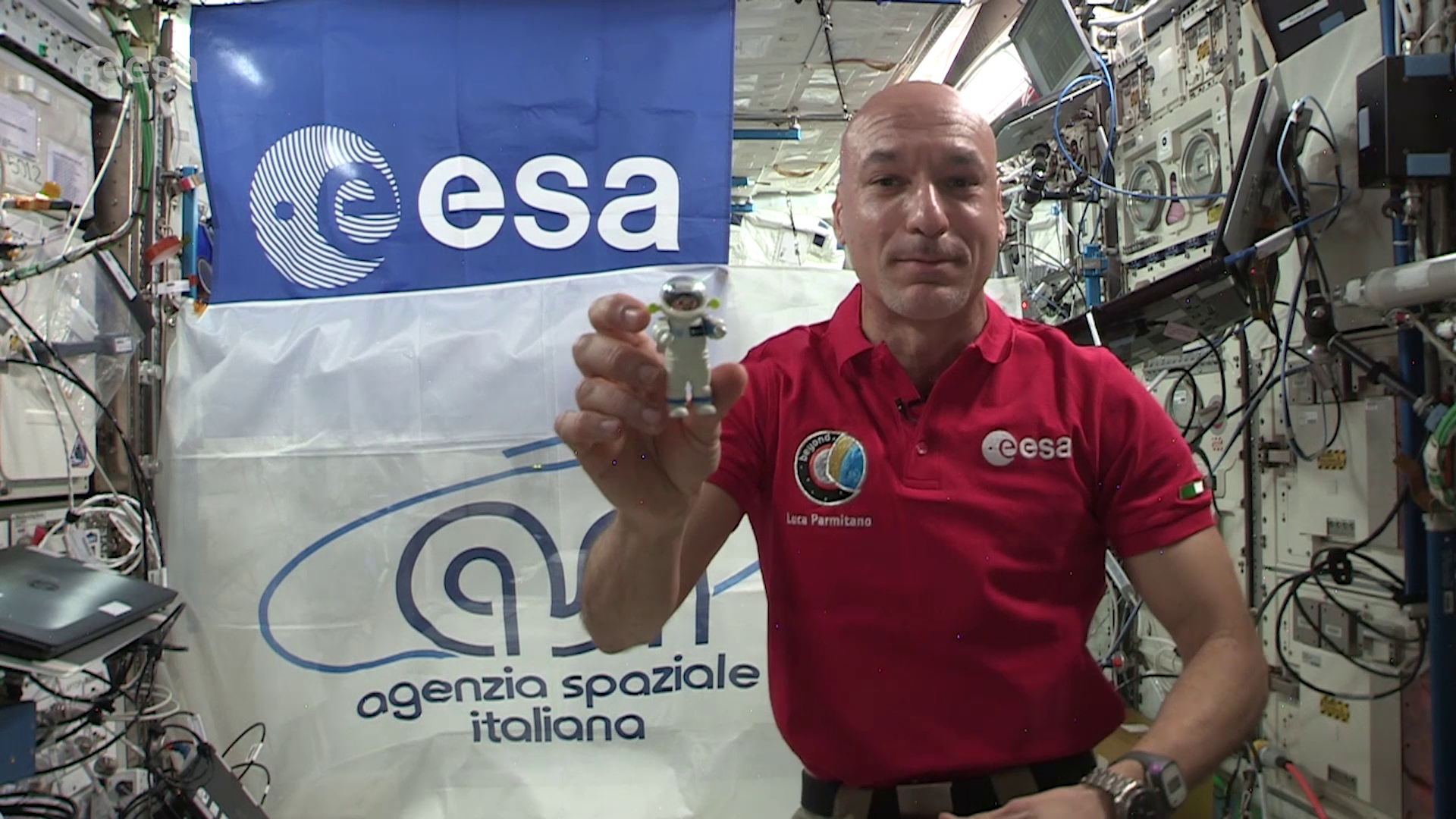