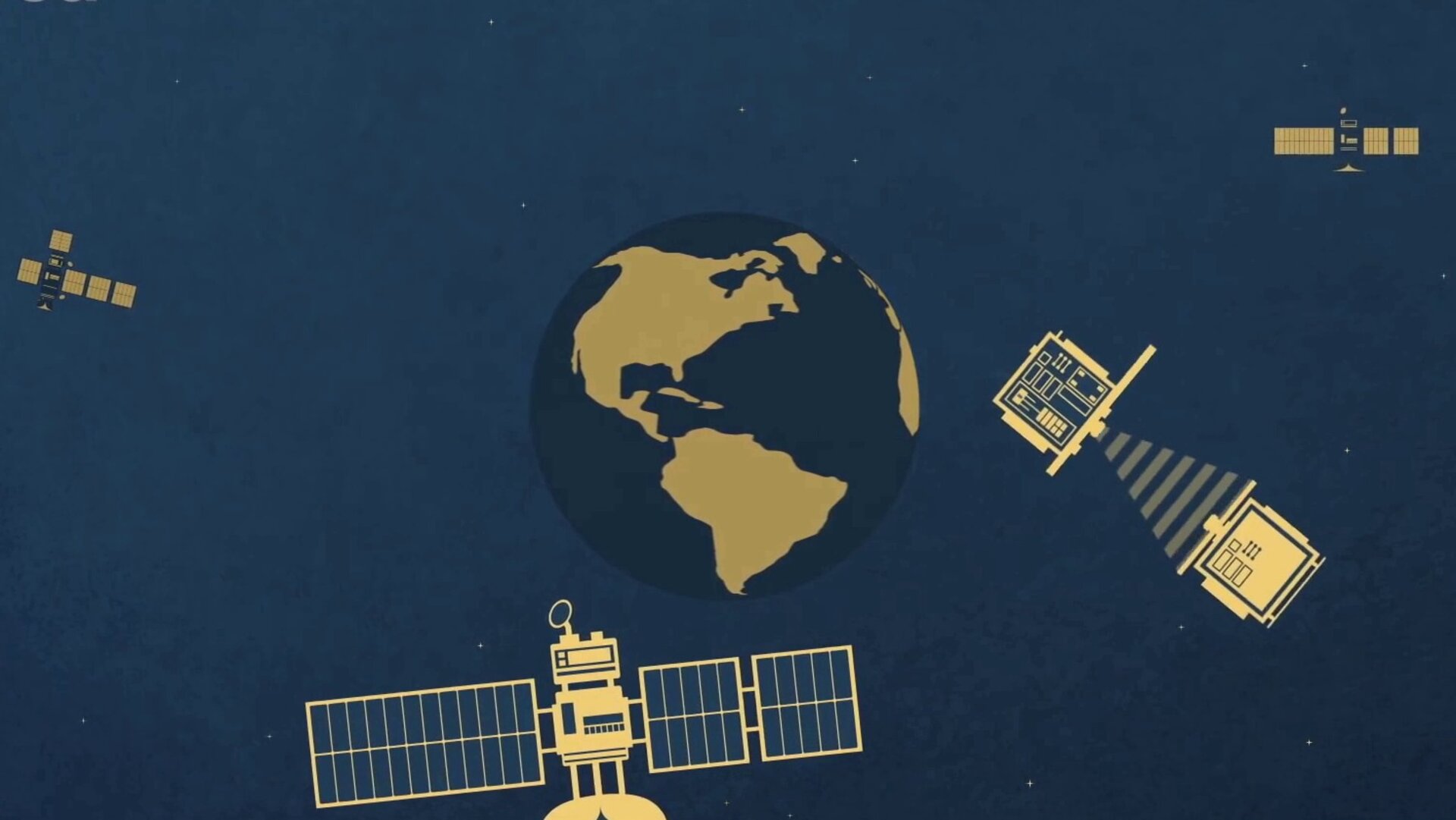 When we think of robots we tend to personify these non-human aids and give them human-like features. But even though a lot of research has gone into developing these humanoid machines, we are still a long way from a world where they could take over, or even mimic the actions of a person.

Robots are machines that have inbuilt artificial intelligence. They are used in all kinds of situations, especially where they can alleviate strenuous tasks or complete missions that are too dangerous for a human to undertake.

The term “Artificial Intelligence (AI)” comprises all techniques that enable computers to mimic intelligence, for example, computers that analyse data or the systems embedded in an autonomous vehicle. Usually, artificially intelligent systems are taught by humans — a process that involves writing an awful lot of complex computer code.

But artificial intelligence can also be achieved through machine learning (ML), which teaches machines to learn for themselves. ML is a way of “training” a relatively simple algorithm to become more complex. Huge amounts of data are fed into the algorithm, which adjusts and improves itself over time. In ML, machines process information in a similar way to humans by developing artificial neural networks. This type of artificial intelligence has taken major leaps forward since the dawn of the internet.

Deep learning (DL) is a specialised technique within ML, whereby the machine utilises multi-layered artificial neural networks to train itself on complex tasks like image recognition. This can happen via supervised learning (e.g. feed the system Moon and Earth pictures until it can successfully identify both types) or unsupervised learning, where the network finds structure by itself. Good examples of deep learning are online translation services, image libraries and navigation systems for self-driving cars or spacecraft.

The most successful AI implementations based on DL are rarely used in the space industry today, as the (statistical) models developed within the neural network are not human readable and have been impossible to replicate thus far.

AI, and in particular ML, still has some way to go before it is used extensively for space applications, but we are already beginning to see it implemented into new technologies. One area in which the applications of AI are being thoroughly investigated is in satellite operations, in particular to support the operational side of large satellite constellations, which includes relative positioning, communication, end-of-life management and so on.

Potential applications of AI are also being thoroughly investigated in satellite operations, in particular to support the operation of large satellite constellations, including relative positioning, communication and end-of-life management.

In addition, it is becoming more common to find ML systems analysing the huge amount of data that comes from each space mission. The data from some Mars rovers is being transmitted using AI, and these rovers have even been taught how to navigate by themselves.

Under ESA's Basic Activities a number of studies have looked into using artificial intelligence for space applications and spacecraft operations.

Currently spacecraft need to communicate with Earth to do their job, but developing autonomous spacecraft that use artificial intelligence to take care of themselves would be very useful for exploring new parts of the Solar System and reducing mission costs. An older study on autonomy requirements for future spacecraft constellations identified the necessary technology to improve automation, including autonomous navigation, automated telemetry analysis and software upgradability.

A more recent study focused on the management of complex constellations for which novel automated procedures are being studied to reduce the active workload of ground operators. Automation of both the ground and space segments will reduce the need for human intervention –  especially for large constellations, automated collision avoidance manoeuvres could be a real help.

Other studies carried out under ESA’s Basic Activities include investigating how a swarm of picosatellites can evolve a collective consciousness, and looking into how artificial intelligence can be used in advanced mission operations and technologies, as well as in innovative security concepts, mechanisms and architectures.

Space technology and space applications produce a huge amount of data, including spacecraft telemetry and product data — the useful scientific data that a spacecraft gathers, for example information about Earth from an Earth observation satellite. Another application of Machine Learning is to analyse all this data. One study carried out under ESA’s Basic Activities inputted historical mission data into ML algorithms to search for new features useful for future telemetry checking, command verification and procedure writing processes.

Deep learning systems learn through either unsupervised data feeding or reinforced learning. There are many possible applications of DL, including automatic landing, intelligent decision taking and fully automated systems. ESA's Advanced Concepts Team (ACT) is very active in this area.

In particular the ACT has studied evolutionary computation, which involves writing computer code in such a way that all evolutions are considered. The better results are kept, and the worse are rejected — just like in biological evolution. One application of this has been to calculate the trajectories of the planets.

The ACT has also investigated using ML in the area of guidance, navigation and control. In particular, they looked into using big swarms of small robots that share their information in a network: if one robot learns from experience that a certain manoeuvre is beneficial, the whole swarm learns this. This is called hive learning.

Other examples of AI activities that the ACT has supported include investigating a community science mobile phone app that will improve the autonomous capabilities of space probes and optimising star tracking systems.

Going from these basic activities to real space applications may seem like a big step but ESA is already starting to use AI and ML in its space missions. For example rovers can navigate around obstacles by autonomously find their way across ‘unknown’ fields. Artificial intelligence is also aiding astronauts on board the International Space Station, more details of which can be found in the next section of this article.

Intelligent data transmission software on board Mars rovers removes human scheduling errors which can otherwise cause valuable data to be lost. This increases the useful data that comes from our planetary neighbour. The same technology could also be used in long-term missions that will explore the Solar System, meaning that they will require minimal oversight from human controllers on Earth.

Furthermore, ESA has gained ample experience using AI to plough through enormous amounts of data to extract meaningful information. This technique has already been implemented in more "earthly" applications, including monitoring the number of cars at a shopping centre, predicting retailers' financial performances and supporting police forces in their efforts to catch perpetrators.

In 2018, the German Aerospace Center (DLR) launched an AI assistant to support its astronauts in their daily tasks onboard the International Space Station. Fully voice-controlled CIMON (Crew Interactive MObile companioN) is able to see, speak, hear, understand and even fly! CIMON returned after 14 months, but CIMON-2 arrived in December 2019 to replace it.

NASA investigated making communication networks more efficient and reliable using cognitive radio, which picks out the "white noise" areas in communication bands and uses them to transmit data. This maximises the use of the limited telecommunication bands available and minimises delay times. For deep-space exploration NASA has also looked into designing more autonomous spacecraft and landers, so that decisions can be taken on-site, removing the delay resulting from communication relay times.

NASA has also cooperated with Google to train its extensive AI algorithms to effectively sift through the data from the Kepler mission to look for signals from an exoplanet crossing in front of its parent star. This successful collaboration quickly led to the discovery of two new exoplanets previously missed by human scientists. After its initial success the project is ploughing through data from other missions to continue its search for new planets.

Machine learning algorithms can be used to quickly identify and cluster the debris that comets leave in their wake, for example so that decisions on collision avoidance manoeuvres can be anticipated.

Using the wealth of ESA and NASA data from all over our Solar System, the AIDA (Artificial Intelligence Data Analysis) project, funded under the European Horizons 2020 Framework, is developing an intelligent system that will read and process data from space, aiming to bring about new discoveries, reveal anomalies and recognise structures.

The Japanese Space Agency (JAXA) has developed an intelligent system that is currently aboard the International Space Station taking pictures of experiments in the Japanese module, KIBO. JAXA's Int-Ball operates autonomously and can take pictures and videos. It was developed to promote the autonomy of extra- and intra-vehicular experiments, while seeking to acquire the robotics technology necessary for future exploration missions.