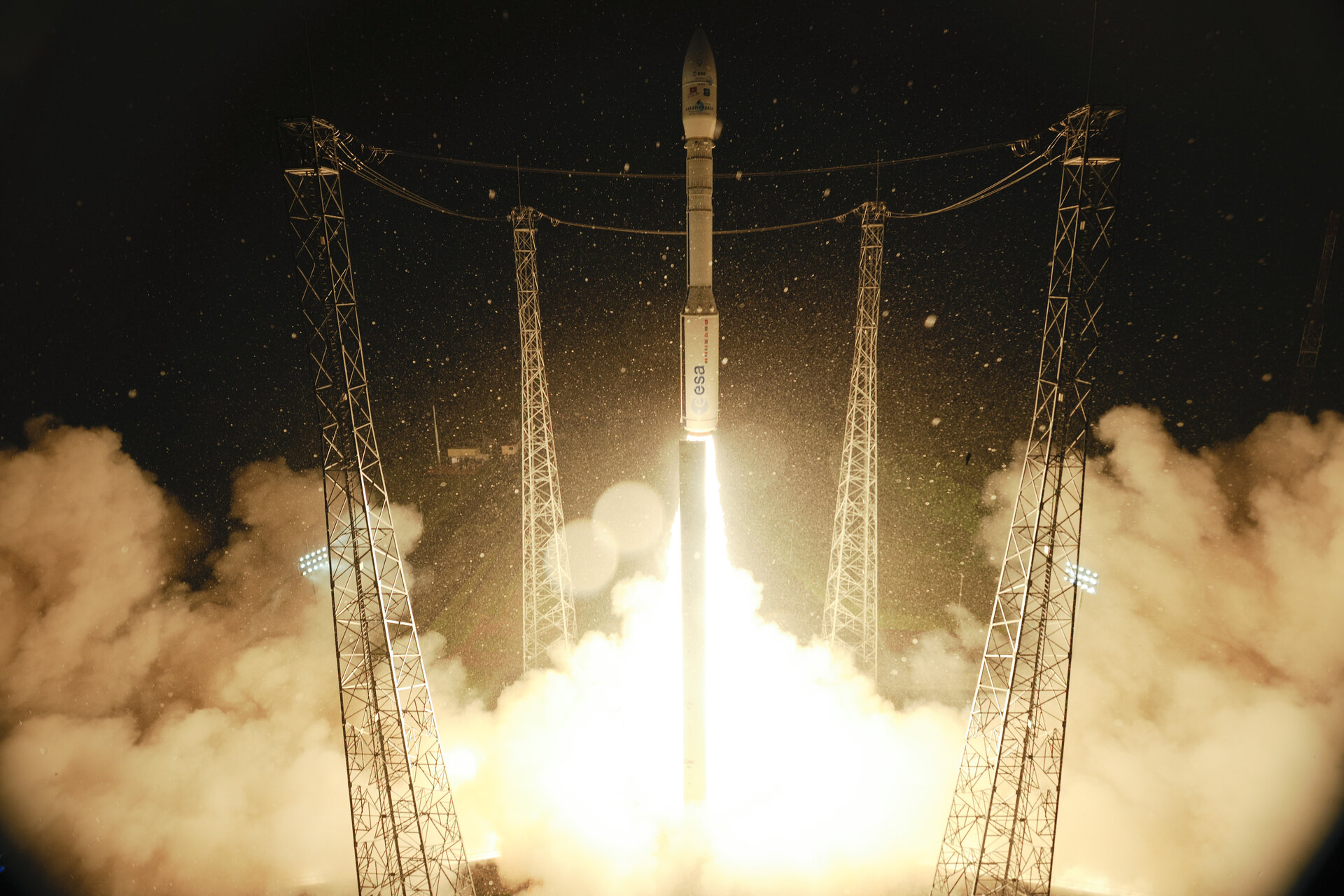 The second Vega launch took place on 7 May 2013 from French Guiana. It marked the transition into commercial exploitation while still completing its qualification.

The extended capabilities of Vega beyond the mission that was performed in the VV01 qualification flight were made possible in part by the addition of Vespa (VEga Secondary Payload Adapter). Vespa allows for multiple payloads and their deployment into different orbits.

Compared to the first Vega launch, with VV02 there was a change in both inclination and orbit for the satellites. This was a complex procedure and resulted in a much longer mission – at 160 minutes it was more than double that of VV01.

A final burn deorbited the upper stage to ensure that it does not remain as a debris threat.

To receive telemetry during the early phase of the flight, a new ground station was built in the north of French Guiana.

This was the first Vega launch operated by Arianespace on behalf of ESA, although ESA was still responsible for the mission.