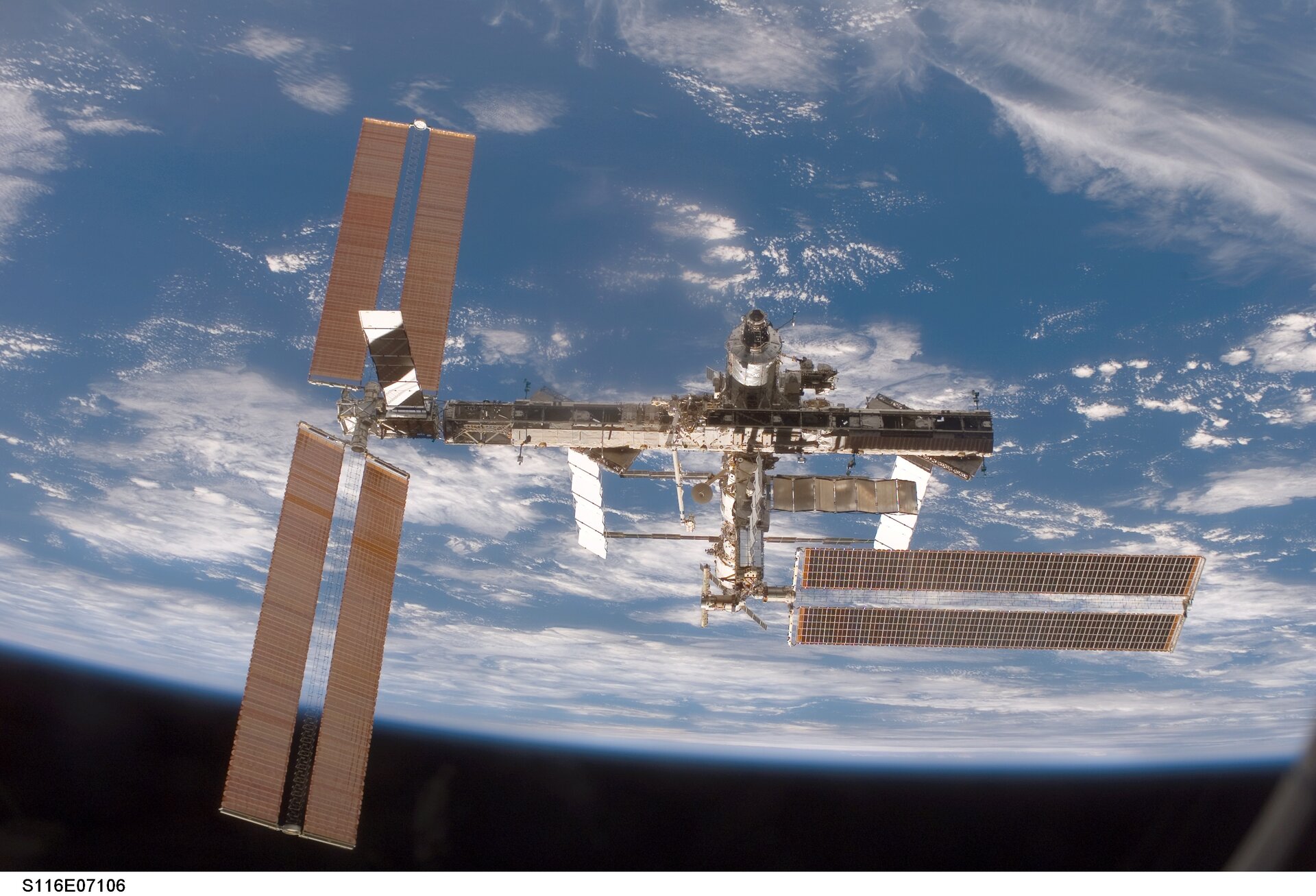 We have just undocked and made a half turn around the ISS. It was amazing to see the ISS from above, flying over the Earth. My main task was to press the undock button and then to take pictures: technical images for different uses as well as good pictures for media. In total we took close to 300 photos.

It has been an incredible time on the ISS with the last spectacular spacewalk crowning the experience. What a feeling when we finally succeeded to pack the solar arrays in their boxes. Fantastic teamwork involving everyone onboard and the ground control.

The people in Houston have worked around the clock to come up with plans, which laid a good foundation for the spacewalk, but in the end it was real-time solutions that got the work done. You can guess that we are all very pleased!

However, it became a long day. After the spacewalk we spent many hours to get everything in order for today’s undocking. I think I worked almost solidly for 15 hours.

We ended the day with a social gathering in the Service Module and we had a nice chat mixed with other things – such as watching the Earth and playing in weightlessness – well past our scheduled bedtime.

On another note, our sleeping rhythm is slowly changing (due to orbital dynamics) so we get to bed half an hour earlier every two days – which does not suit me.

I was also lucky to have time to do 'my' experiment: ALTEA. I was very satisfying not just managing to do a few experiments, but also to do something that I have worked on for some time. Luckily, I saw a few light flashes during the session, so now we will see if they register on the brainwaves too :-)

It has been overwhelming with new impressions and experiences the last ten days, but something very special happened yesterday. It was when I was hanging at the top of the Space Station: we were mending the solar panel with improvised tools and methods, it was night, Beamer tried to pull loose a jammed wire and I took a glance at the Earth.

I think we flew over Europe and beneath me I saw large parts of the ISS and far below I saw lights from many cities. To the left there was yet another spectacular Aurora, shimmering and flowing in light-green. I put out the lamps on my helmet (the light reflected on the Station) and just enjoyed the unbelievable experience!