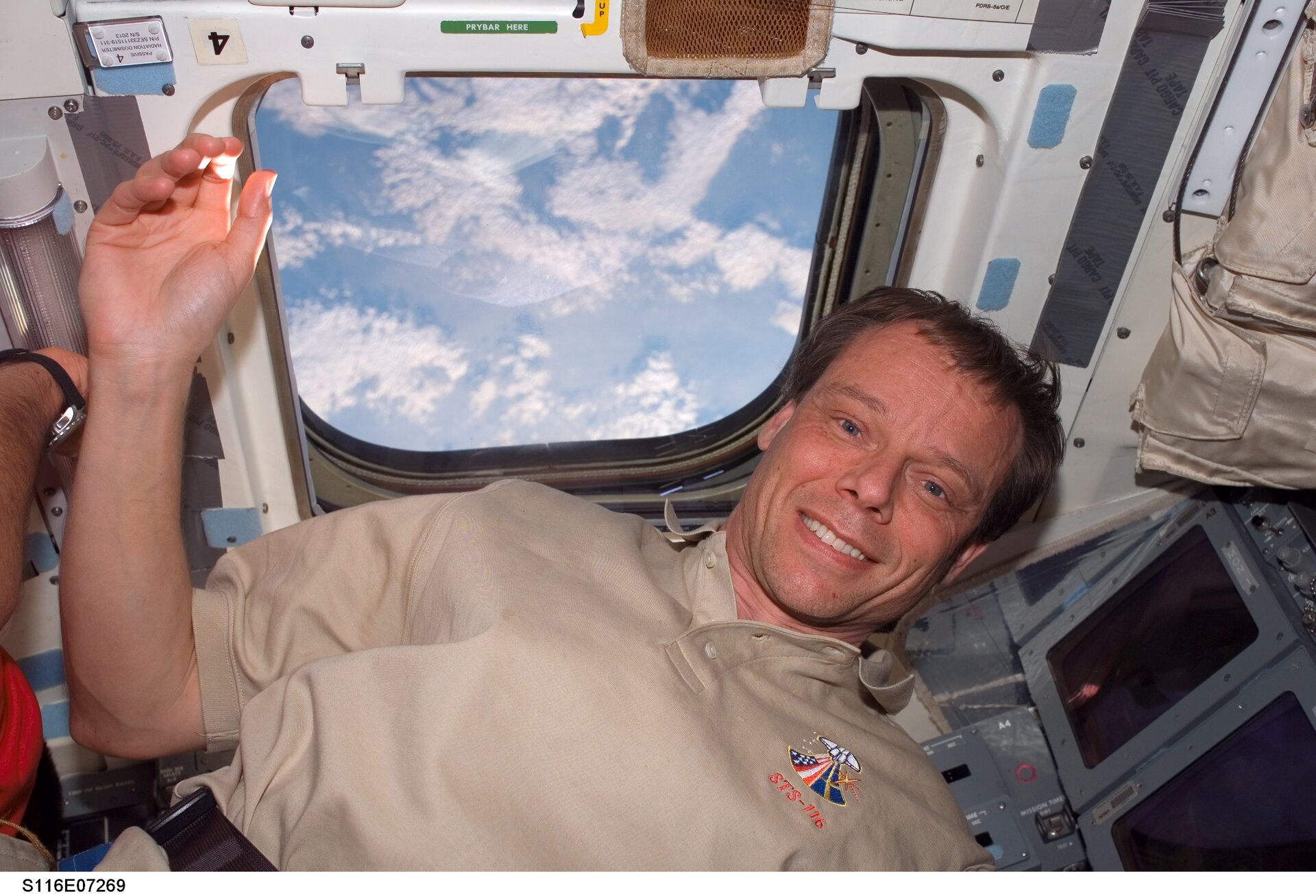 I saw Sweden! A couple of hours ago we flew over Germany and I watched towards the North. It was night, but there was a clear sky over northern Europe and I could clearly see Denmark and the south of Sweden up to Stockholm. There was an Aurora over it all.

It felt like another fulfilment of the journey ('mission success!') I was ready with the camera to take pictures of the Aurora and I got what was visible of Sweden, Denmark, the Baltic Sea, northern Germany and Poland.

Unfortunately, it is really difficult to obtain sharp pictures in the night when you need aperture times of a few seconds and the Shuttle is moving about 15 kilometres during those seconds.

You also have to be fast: it only takes a couple of minutes and then what you wanted to capture has disappeared below the horizon. I will, however, attach the least bad picture.

It is the first photograph of Sweden from space taken by a Swede :-). The lightest areas slightly below and to the left of the middle are Copenhagen and Malmö.