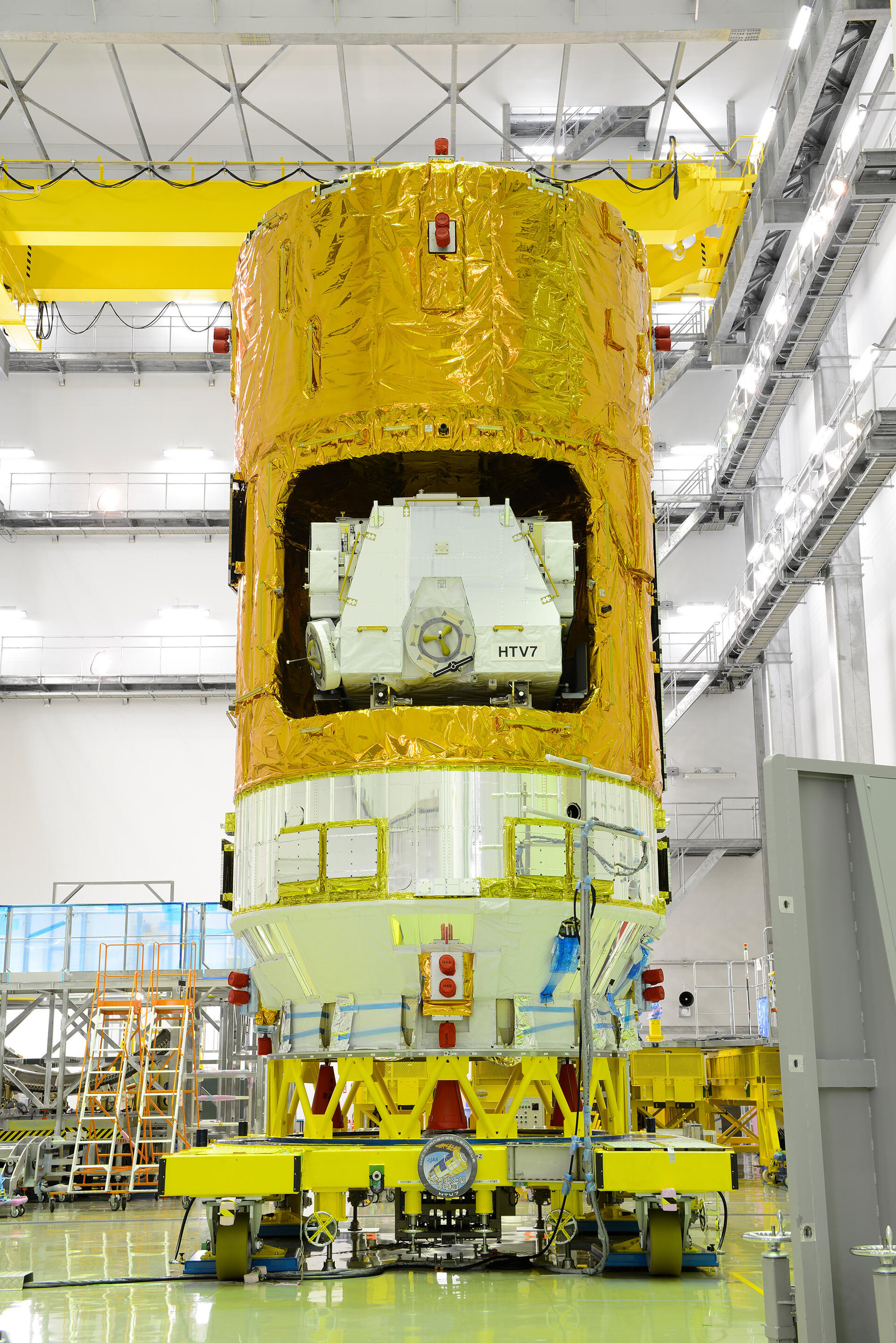 On Saturday the Japanese cargo vessel HTV-7 was launched into space from Tanegashima, Japan. Already orbiting Earth it will arrive at the International Space Station on Thursday packed with scientific equipment and supplies for the six astronauts living 400 km above.

“If you consider the Advanced Closed Loop System as an investment we expect to recuperate costs in just a couple of years as less launches to the Space Station will be needed to supply water” says ESA’s technical lead for the project, Johannes Witt.

The facility is a Space Station-standard 2-m tall rack that will be installed by ESA astronaut Alexander Gerst in the US Destiny laboratory by November this year. Although the system is made to demonstrate the new technology, it will be part of the Space Station’s life support system and produce oxygen for three astronauts.

The system traps carbon dioxide from the air as it passes through small beads made from a unique ammonia-based organic compound called an amine developed by ESA for human spaceflight. Steam is used to extract the carbon dioxide and process it to create methane and water. Electrolysis then splits the water back into oxygen while the methane is vented into space.

The system is a huge step for human spaceflight as space agencies prepare to explore farther from Earth. Sustainable life-support systems are needed for longer missions such as to the lunar gateway that is the next structure to be built by the partners of the International Space Station. The gateway will serve as a staging post for missions to the Moon and even Mars, destinations too far away for regular ferry supplies.

The Advanced Closed Loop System hardware is part of ESA’s goal to create a closed life-support system, including water recovery and food production, to support astronauts in space indefinitely without costly supplies from Earth.