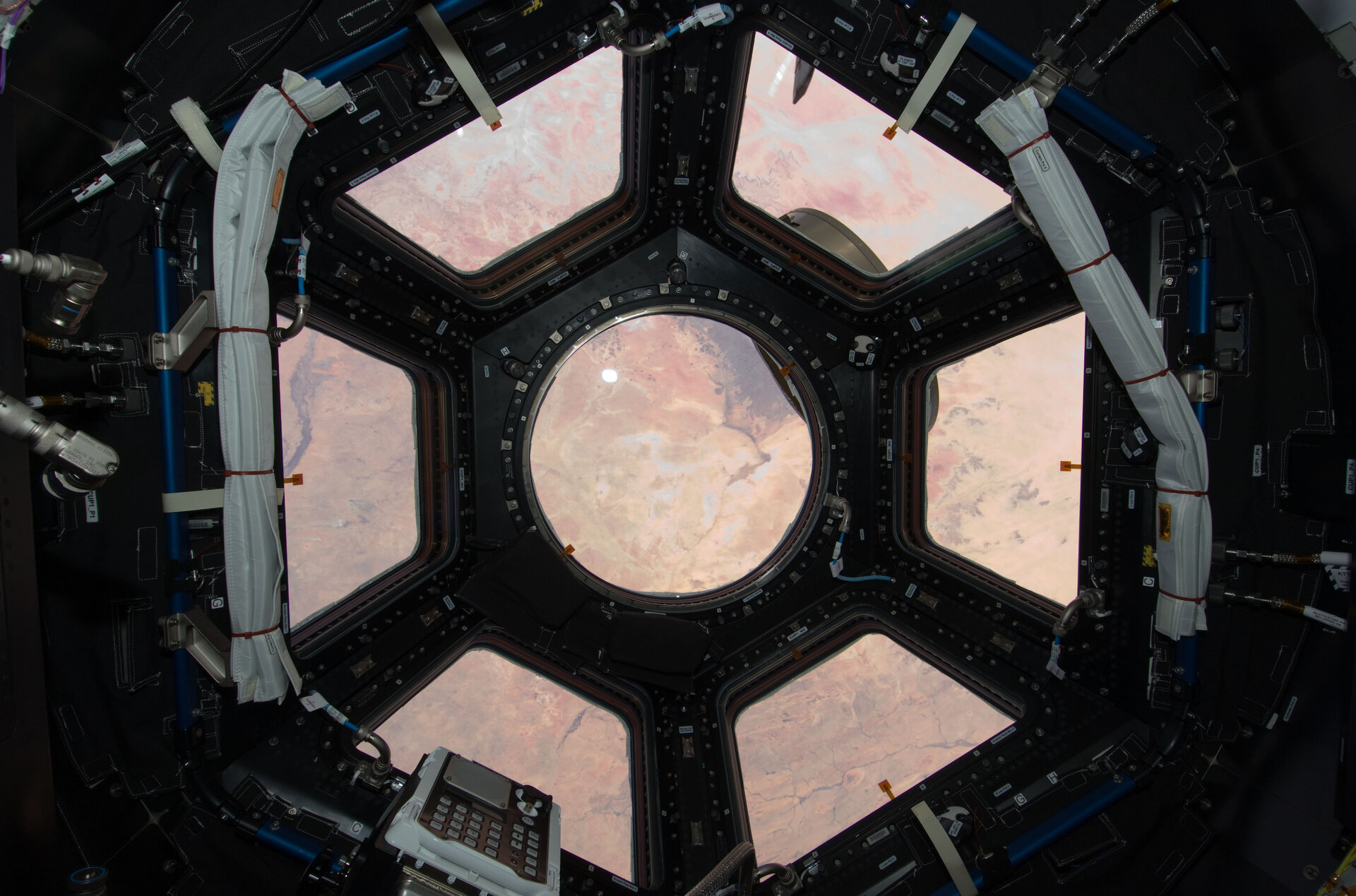 Astronauts aboard the International Space Station have opened the shutters on the seven Cupola windows this morning, providing them with the first view of Earth from their new observation deck.

The Cupola is an observation and control tower with six side windows and a top window, which are all equipped with shutters to protect them from passing space debris and micrometeoroids, and will be closed when not in use.

During their third and final spacewalk of the STS-130 mission, astronauts Bob Behnken and Nicholas Patrick worked outside the International Space Station (ISS) to remove the insulating blankets covering the Cupola. They also released the bolts that held each window’s shutter in place during the launch of Endeavour.

Once the blankets and bolts were removed, the astronauts inside the Cupola tested the shutters by opening them one by one. The first to be opened was the big Earth-facing circular window; its shutter swung open at 06:25 CET (05:25 UT). After seeing Earth through the largest window in space for a couple of minutes, the shutter was closed and each of the other shutters was opened for a short period to test they were working. Later all of the windows were opened simultaneously, providing a full panoramic view of Earth.

With all the shutters opening without a problem, Cupola is now ready for use as a viewing tower. Positioned at the centre of the Cupola on the Earth-facing side, the seven windows provide a 360 degree view around the ISS – much better visibility than the helmet of a spacesuit. This view not only allows operations on the outside of the ISS to be observed and guided, but also affords scientific applications in the areas of Earth observation and space science, as well providing psychological benefits for the crew.

In addition to getting the Cupola ready, Behnken and Patrick activated a second ammonia loop to cool the newly installed Node-3 and disconnected some temporary power cables.

The hatches between the ISS and the Space Shuttle will be closed at 08:34 CET on Friday. Endeavour will undock from the orbital outpost at 01:54 CET on Saturday to prepare for its return home, which is scheduled for early Monday morning, 03:20 CET.