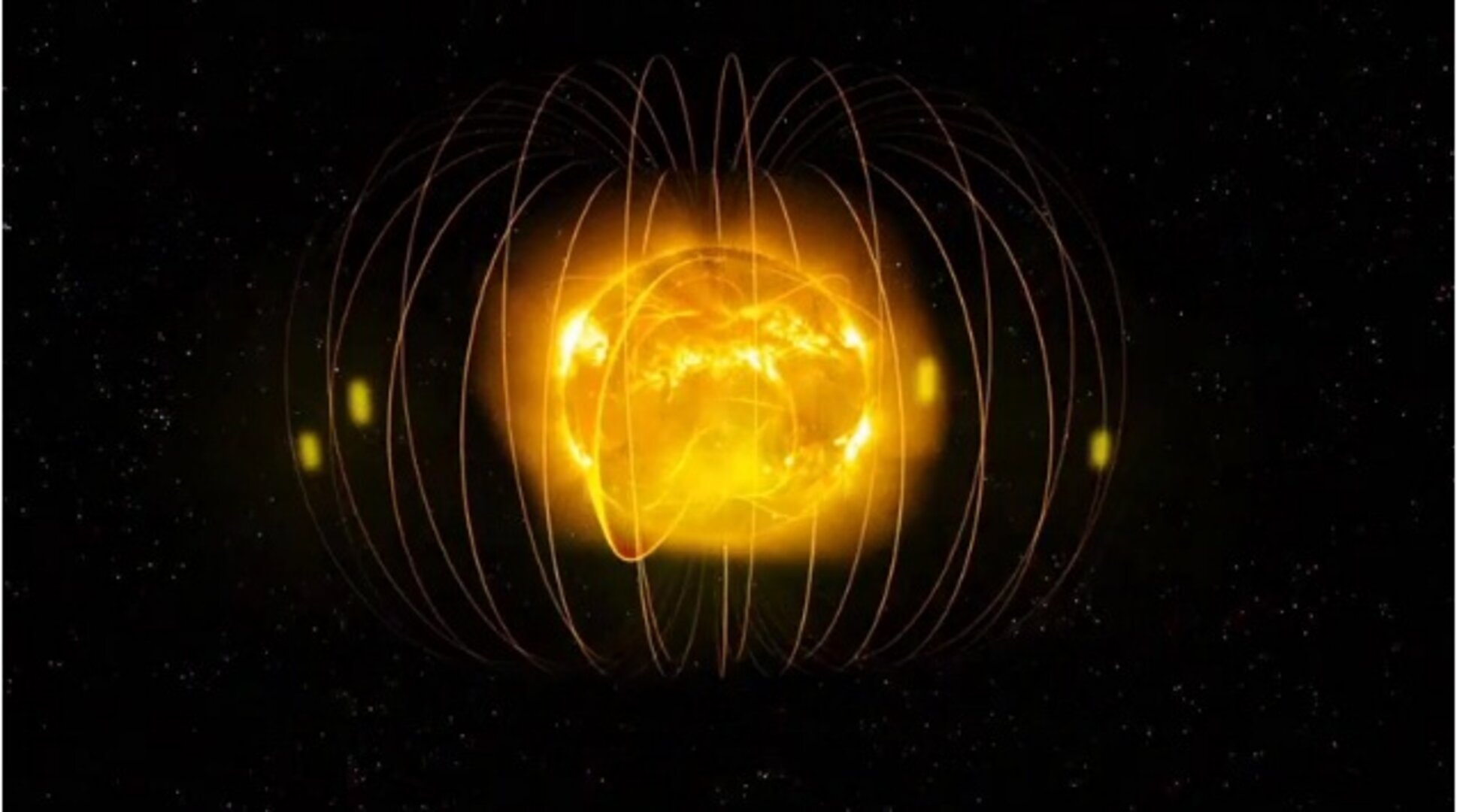 Is it a magnetar or is it a pulsar? A second member of a rare breed of dead, spinning star has been identified thanks to an armada of space-based X-ray telescopes, including ESA’s XMM-Newton. Its curious behaviour is illustrated in this animation.

Magnetars are a type of neutron star, the dead cores of massive stars that have collapsed in on themselves after burning up all their fuel and exploding as dramatic supernovas.

They typically display bright, persistent X-ray emission and the most intense magnetic fields known in the Universe.

Pulsars meanwhile are spinning neutron stars with much lower magnetic fields than magnetars that appear to pulse radio waves as they rotate rapidly.

The pulses are seen when beams of radiation rotate through our line of sight from Earth, rather like the sweeping beam of a lighthouse.

The recently discovered star appears to be a hybrid of these two stellar breeds: the spinning stellar skeleton appears as a pulsar while hiding an intense internal magnetic field much like a magnetar.

The internal field is many times stronger than its external magnetic field, leading to its entry into the new class of ‘low-field magnetars’.

As this animation illustrates, the turbulent interior arises as a result of twisted magnetic field lines.

As the field lines unwind, energy is released as a steady burst of X-rays through fractures in the star’s ‘crust’.

Only two examples of low-field magnetars are known. The first was discovered in 2010 and the second in July 2011, given away by short X-ray bursts that were detected by NASA’s Swift space telescope.

NASA’s Rossi X-Ray Timing Explorer and Chandra X-ray Observatory, ESA’s XMM-Newton and Japan’s Suzaku satellite, as well as the ground-based Gran Telescopio Canarias and the Green Bank Telescope, were alerted and the star’s activity was monitored until April 2012, during which time the outburst began to decay.

The discovery of a second member of this rare family of star strengthens the idea that magnetar-like behaviour may be much more widespread than believed in the past.