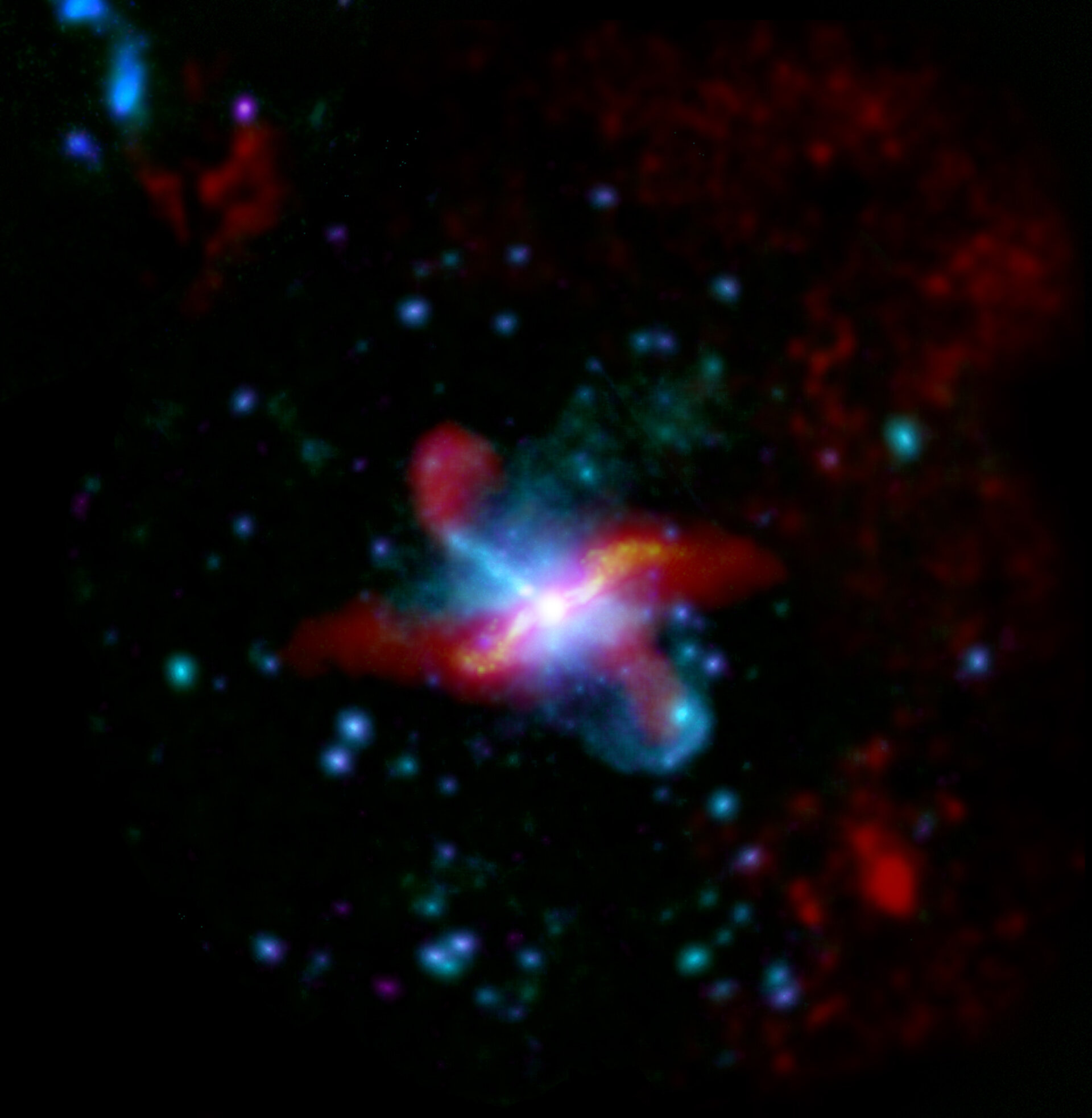 Two of ESA’s space observatories have combined to create a multi-wavelength view of violent events taking place within the giant galaxy of Centaurus A. The new observations strengthen the view that it may have been created by the cataclysmic collision of two older galaxies.

Centaurus A is the closest giant elliptical galaxy to Earth, at a distance of around 12 million light-years. It stands out for harbouring a massive black hole at its core and emitting intense blasts of radio waves.

While previous images taken in visible light have hinted at a complex inner structure in Centaurus A, combining the output of two of ESA’s observatories working at almost opposite ends of the electromagnetic spectrum reveals the unusual structure in much greater detail.

The galaxy was notably observed by Sir John Herschel in 1847 during his survey of the southern skies. Now, over 160 years later, the observatory bearing his family name has played a unique role in uncovering some of its secrets.

New images taken with the Herschel space observatory with unprecedented resolution at far-infrared wavelengths show that the giant black scar of obscuring dust crossing the centre of Centaurus A all but disappears.

The images show the flattened inner disc of a spiral galaxy the shape of which scientists believe is due to a collision with an elliptical galaxy during some distant, past epoch.

The Herschel data also uncover evidence for intense star birth towards the centre of the galaxy along with two jets emanating from the galaxy’s core – one of them 15 000 light-years long. Newly-discovered clouds co-aligned with the jets can also be seen in the far-infrared.

“The sensitivity of the Herschel observations enables us to see not only the glow from dust in and around the galaxy, but also emission from electrons in the jets spiralling in magnetic fields at velocities close to the speed of light,” explains Göran Pilbratt, Herschel Project Scientist.

ESA’s XMM-Newton X-ray observatory recorded the high-energy glow from one of the jets, extending over 12 000 light years away from the galaxy’s bright nucleus.

XMM-Newton’s X-ray view shows not only the way that the jet interacts with the surrounding interstellar matter, but also the galaxy’s intensely active nucleus, and its large gaseous halo.

The jets seen by both satellites are evidence of the supermassive black hole – ten million times the mass of our Sun – at the centre of the galaxy.

This unique collaboration, alongside observations from the ground in visible light, has given us a new perspective on the drama in objects like Centaurus A, with a black hole, star birth, and the clashing of two distinct galaxies all rolled in to one.