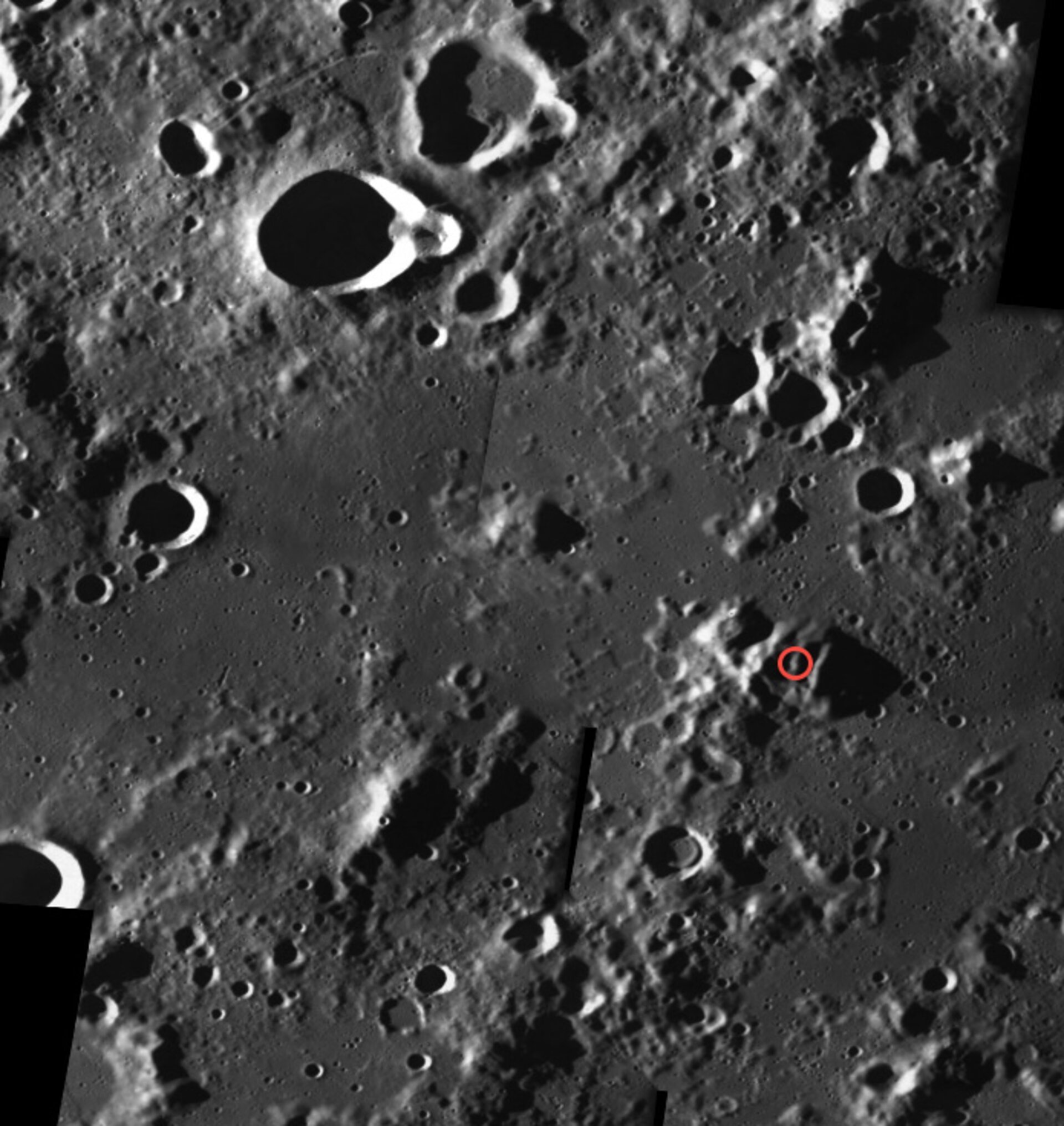 On the morning of 3 September 2006, a brief flash illuminated the Moon’s ‘Lake of Excellence’ as ESA’s SMART-1 mission met its fate on the dusty surface.

Launched in 2003, SMART-1 was the first European spacecraft to travel to and orbit the Moon.

Short for Small Missions for Advanced Research in Technology, SMART-1 used ion propulsion to journey to the Moon, tested new techniques in communications and navigation, and carried a battery of miniaturised scientific instruments.

It completed a comprehensive inventory of key chemical elements in the lunar surface, mapped impact craters, studied the volcanic and tectonic processes that shaped the Moon, and investigated sites for future exploration.

Like many of its predecessors doomed by the laws of gravity, SMART-1 was always destined to meet its fate on the lunar surface.

Six years ago today, the satellite was deliberately crashed at the site circled in this image, which lies within a region known as the Lake of Excellence, located at mid-southern latitudes on the lunar near-side.

The image is part of a larger mosaic taken during the spacecraft’s final orbits of the Moon and captures a variety of geological features: volcanic plains, hills and impact craters of varying size.

SMART-1 likely struck the side of a hill at a low angle of 5–10 degrees and a speed of about 2 km/s.

Observatories around the world saw the resulting impact flash and cloud of dust thrown up by the impact.