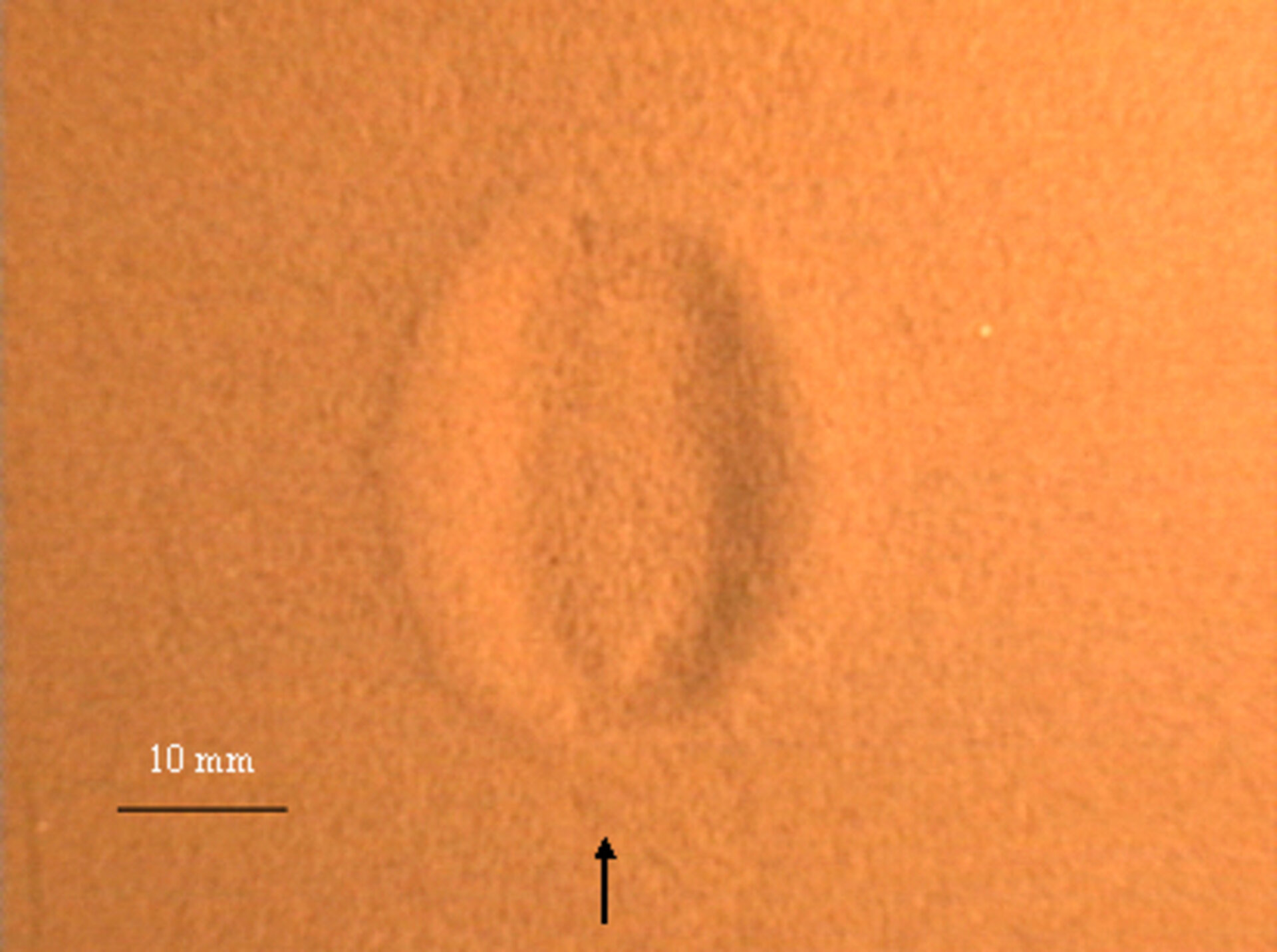 Laboratory simulations of the SMART-1 impact performed at the University of Kent, United Kingdom, suggest that the impact may have caused a clearly elongated lunar crater, and produced a high-speed rebounding for the spacecraft.

This may help explain some properties of the dust cloud observed just after the actual impact of SMART-1 on the Moon.

The simulations were performed by M.J. Burchell and M.J.Cole at the University of Kent. For the test, they used a high-speed, two-stage light gas gun to shoot at 2 kilometres per second a 2-millimitre aluminium sphere that simulated the SMART-1 spacecraft. The target was a tray of sand, similar to lunar soil.

"We called for such laboratory simulations and numerical modelling of the SMART-1 impact as a crucial test to understand the processes at work in space-bound and artificial impacts," said Bernard Foing, ESA SMART-1 Project Scientist.

Data from a previous project, in which Burchell and Cole made use of coarse grained sand, had shown that for an impact at a 10-degree incidence the fastest ejected material travelled forward (within about plus or minus 5 degree angle with respect to the impact direction) at 120 percent of the impact speed – a higher value than the impacting projectile had.

However, at that 10-degree incidence angle only one percent of the material excavated by the impact went forwards and the percentage decreased as the angle got shallower. Out of that one percent, about 75 percent was at an angle to the surface greater than 10 degrees.

"To reproduce the SMART-1 scenario we simulated an impact at two degrees incidence. The result was a nice non-circular crater," said Mark Burchell. "According to the test's results, the fine grained dust of the lunar surface was to raise a cloud of ejected material, which would have spread out sideways, as well as in a forward direction."

Based solely on the results and ignoring scaling issues, Burchell and Cole predicted the size for the SMART-1 impact crater, expected to be 7 metres long and 4.5 metres wide. This was compatible with ESA’s scaling-law predictions on the size of the SMART-1 crater.

Burchell and Cole also observed a 'ricochet-projectile' phenomenon, suggesting a bounce like that of a single object that had undergone some deformation, with a slight 20 percent loss of speed during the impact.

"Based on the latest topography analysis, SMART-1 touched down with a very grazing incidence not higher than a few degrees," said Foing. "Therefore it might have bounced in a similar way to the flying bullet in the sand box, like a stone skipping on water."

"The result of these simulations may explain some of the properties of the clouds detected by the Canada-France-Hawaii telescope (CFHT) up to 100 seconds after the flash," added Pascale Ehrenfreund, coordinator of the SMART-1 impact ground-based observation campaign. "These were spread at some tens of kilometres downstream from impact," she concluded.