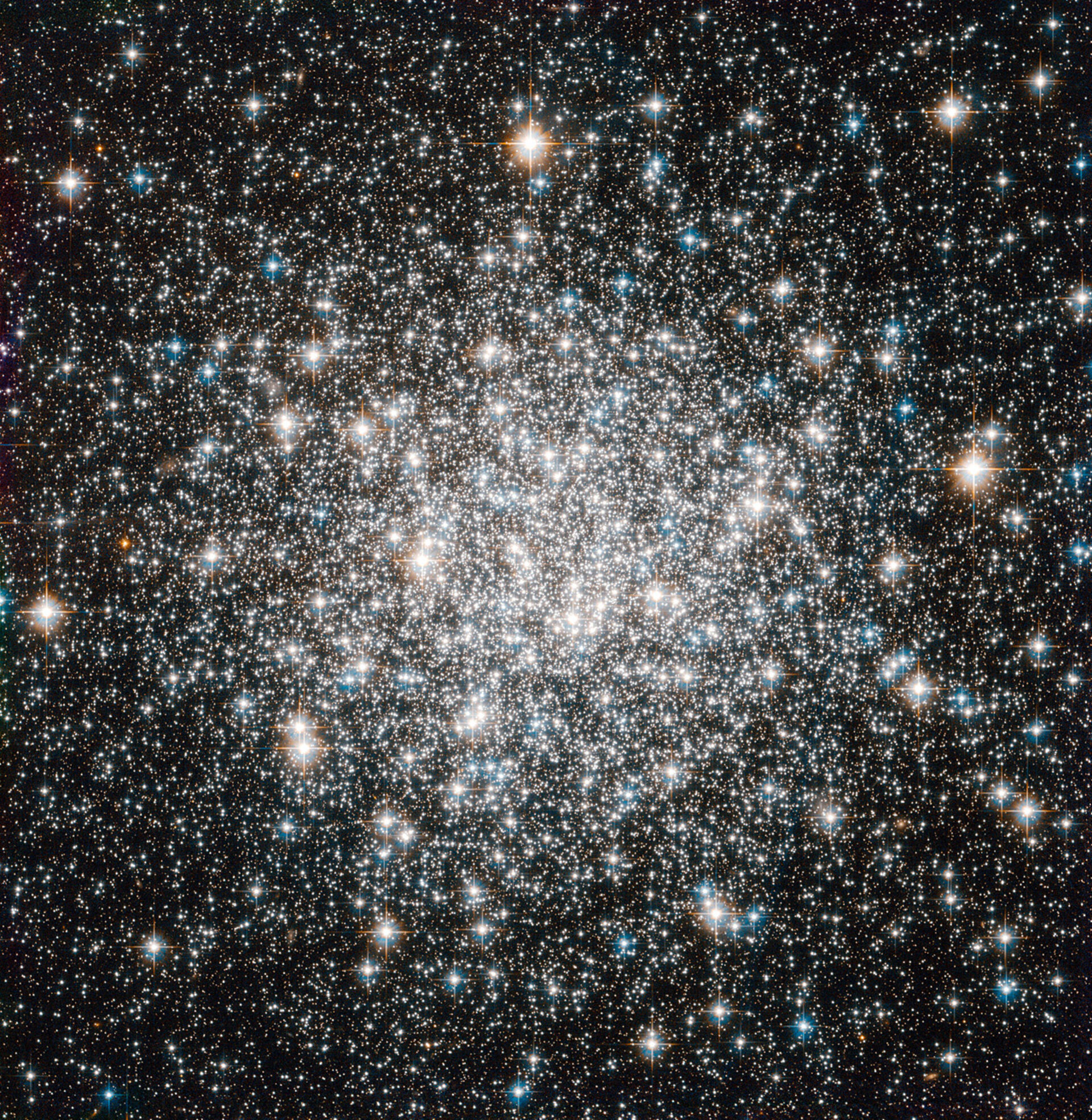 Mutual gravitational attraction among a cluster’s hundreds of thousands or even millions of stars keeps stellar members in check, allowing globular clusters to hang together for many billions of years.

Astronomers can measure the ages of globular clusters by looking at the light of their constituent stars.

The chemical elements leave signatures in this light, and the starlight reveals that stars of globular clusters typically contain fewer heavy elements, such as carbon, oxygen and iron, than stars like the Sun.

Since successive generations of stars gradually create these elements through nuclear fusion, stars having fewer of them are relics of earlier epochs in the Universe.

Indeed, the stars in globular clusters rank among the oldest on record, dating back more than 10 billion years.

More than 150 of these objects surround our Milky Way Galaxy. On a galactic scale, globular clusters are not all that big. In Messier 68’s case, its stars span a volume of space with a diameter of little more than a hundred light-years. The disc of the Milky Way, on the other hand, extends over some 100 000 light-years or more.