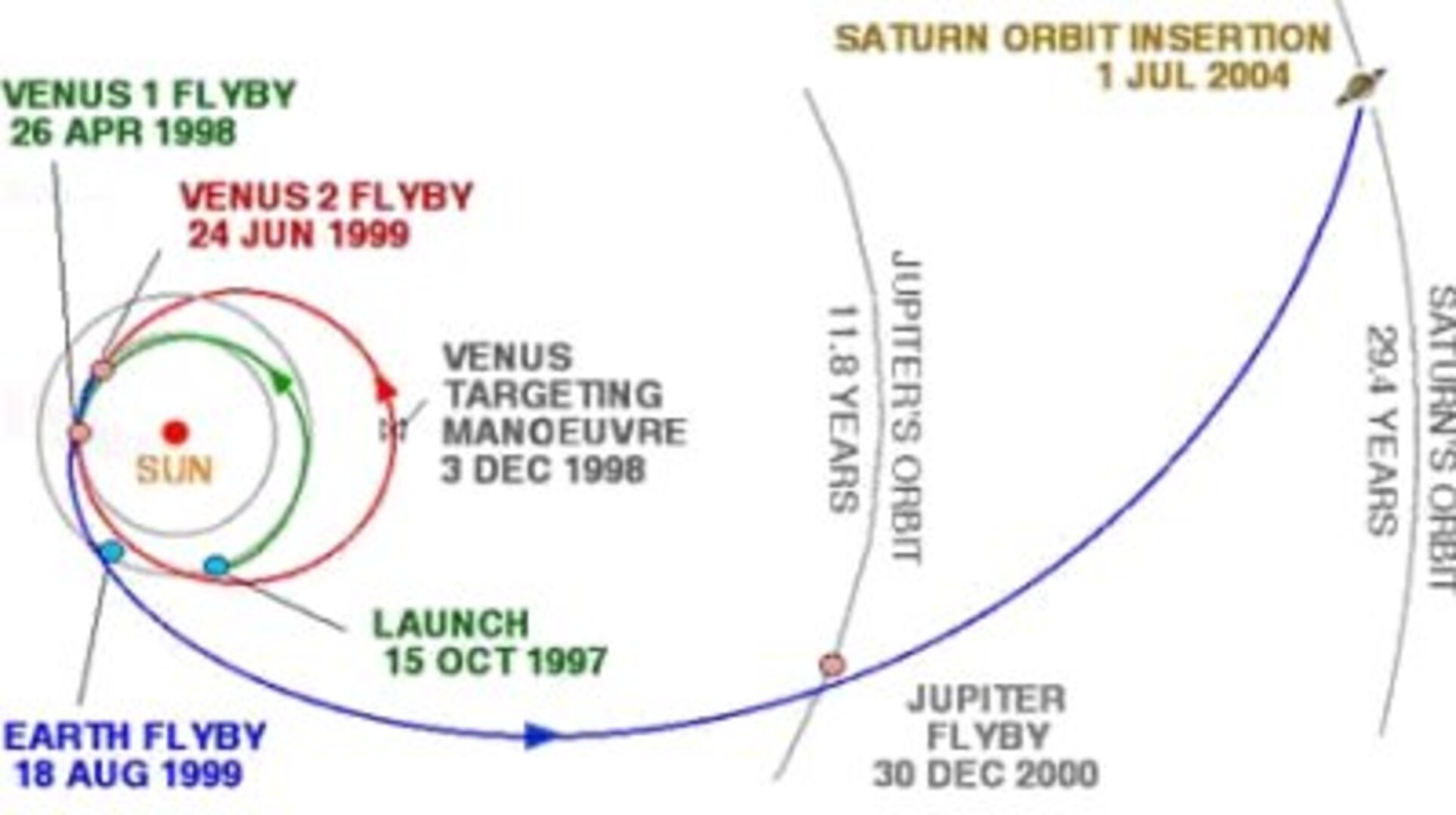 The Cassini-Huygens mission to Saturn was the most ambitious effort in planetary space exploration ever mounted.

A joint endeavour of ESA, NASA and the Italian space agency, Agenzia Spaziale Italiana (ASI), Cassini-Huygens was a sophisticated spacecraft sent to the ringed planet to study the Saturnian system in detail.

A scientific probe called Huygens was released from the main spacecraft to parachute through the atmosphere to the surface of Saturn’s largest and most interesting moon, Titan.

Cassini-Huygens was designed to shed light on many of the unsolved mysteries arising from previous observations, such as:

Cassini-Huygens was launched on a Titan IV-B/Centaur launch vehicle on 15 October 1997. It is a massive spacecraft - no existing launch vehicle could have sent the 5600 kilogram craft directly to Saturn, so a technique called 'gravity assist' (or 'fly-bys') was used.

Gravity assist manoeuvres work because of the mutual gravitational pull between a moving planet and a spacecraft. The planet pulls on the spacecraft as it is flying past, but the spacecraft's own mass also pulls on the planet. This permits an exchange of energy.

Cassini-Huygens looped around the Sun twice. On the first loop it flew close behind Venus in its solar orbit, where it 'stole' some of the planet's orbital momentum on 26 April 1998.

The next orbit provided a second fly-by of Venus on 24 June 1999, and one of Earth on 18 August 1999. Given these three gravity assist boosts, Cassini-Huygens finally had enough orbital momentum to reach the outer Solar System.

One last gravity assist manoeuvre from Jupiter on 30 December 2000 gave Cassini-Huygens the final thrust of energy it needed to project itself all the way to Saturn. The mission arrived at Saturn in July 2004.

Huygens was released from Cassini on 25 December 2004. On 14 January 2005, it entered the murky atmosphere of Titan, Saturn's biggest moon, and descended via parachute onto its mysterious surface.

The Huygens probe sent its measurements and images to Cassini, which then beamed them back to Earth.

The Cassini spacecraft orbited around Saturn, sending back valuable data to Earth that will help us understand the vast Saturnian region.

14 January 2005 (09:00 UT) - Huygens encountered the upper fringes of Titan's atmosphere, beginning its descent and landing on the surface about two and half hours later.