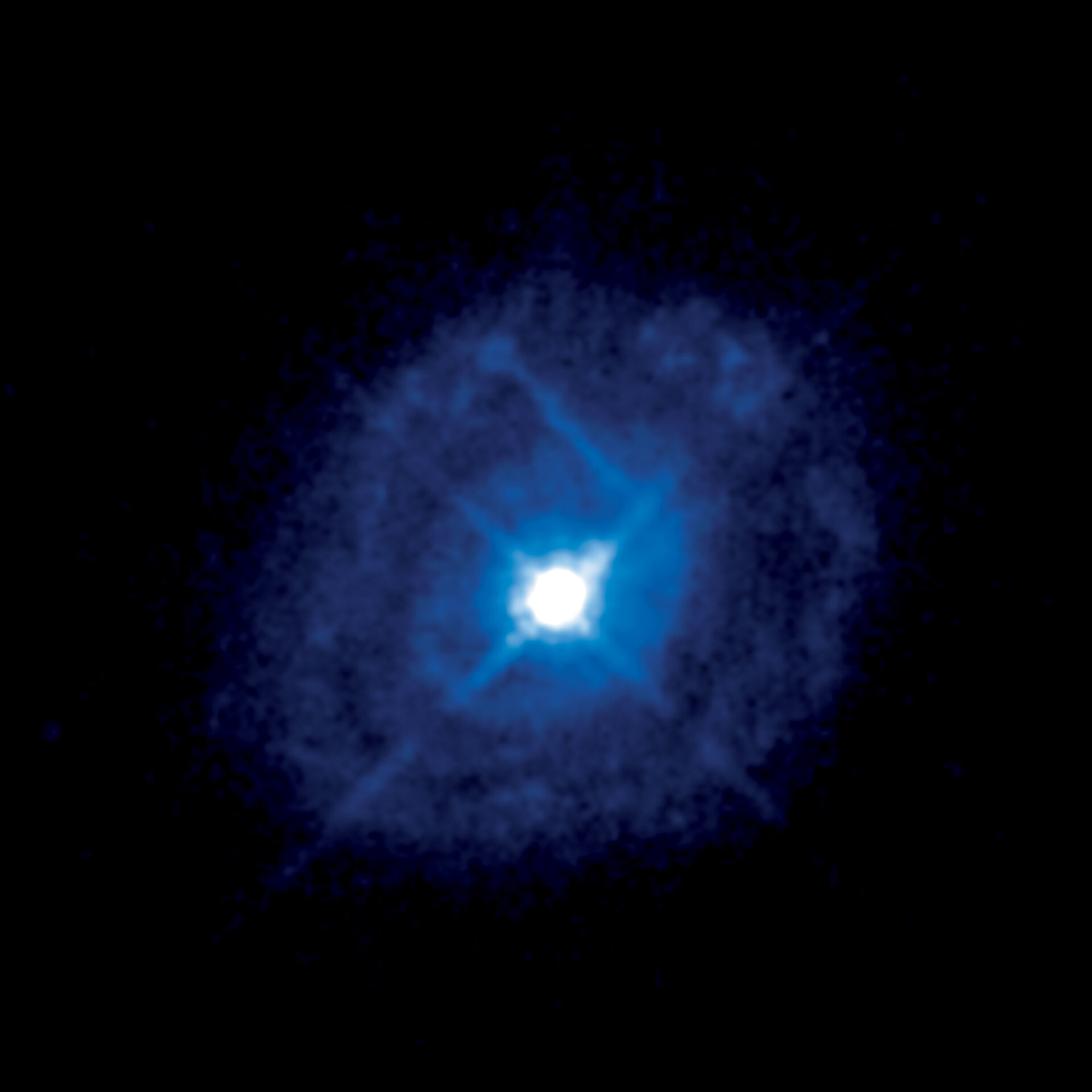 A fleet of spacecraft including ESA's XMM-Newton and Integral have shown unprecedented details close to a supermassive black hole. They reveal huge 'bullets' of gas being driven away from the 'gravitational monster'.

The black hole that the team chose to study lies at the heart of the galaxy Markarian 509, 500 million light years away in space. This black hole is colossal, containing 300 million times the mass of the Sun and growing more massive every day as it continues to feed.

Markarian 509 was chosen because it is known to vary in brightness, which indicates that the flow of matter into the black hole is turbulent. The radiation from this inner region then drives an outflow of some gas away from the black hole.

The black hole was monitored for 100 days. "XMM-Newton really led these observations because it has such a wide X-ray coverage, as well as an optical monitoring camera," says Jelle Kaastra, SRON Netherlands Institute for Space Research, who coordinated an international team of 26 astronomers from 21 institutes on four continents to make these observations.

During the campaign, the galaxy surpassed itself; instead of the usual 25 percent fluctuations in its brightness, it leapt up in the soft X-ray band by 60 percent, indicating that a major disturbance occurred in the gas flow to the black hole's deadly clutches.

The resulting observations have shown that the outflow consists of giant bullets propelled at millions of kilometres per hour. The bullets are stripped away from a dusty reservoir of matter waiting to fall into the black hole. The surprise is that the reservoir is situated more than 15 light years away from the black hole. This is further than some astronomers thought was possible for the wind to originate.

"There has been a debate in astronomy for some time about the origin of the outflowing gas," says Kaastra.

The dusty gas reservoir takes the form of a doughnut-shaped torus that surrounds the black hole. Matter spirals in towards the black hole, creating an accretion disc in which the gas behaves like water spiralling down a plughole.

The observations also show that the accretion disc features a 'skin' of gas with a temperature of millions of degrees. This is where the X-rays and gamma rays come from to drive the more distant gas outwards.

In addition to XMM-Newton and Integral, they used the NASA/ESA Hubble Space Telescope, NASA's Chandra and Swift satellites, and the ground-based telescopes WHT and PARITEL. Together the instruments gave them unprecedented wavelength coverage: running from the infrared, through the visible, ultraviolet, X-rays and into the gamma-ray band.

"The results underline how important long-term observations and monitoring campaigns are to gain a deeper understanding of variable astrophysical objects. XMM-Newton made all the necessary organisational changes to enable such observations, and now the effort is paying off," says Norbert Schartel, ESA XMM-Newton Project Scientist.