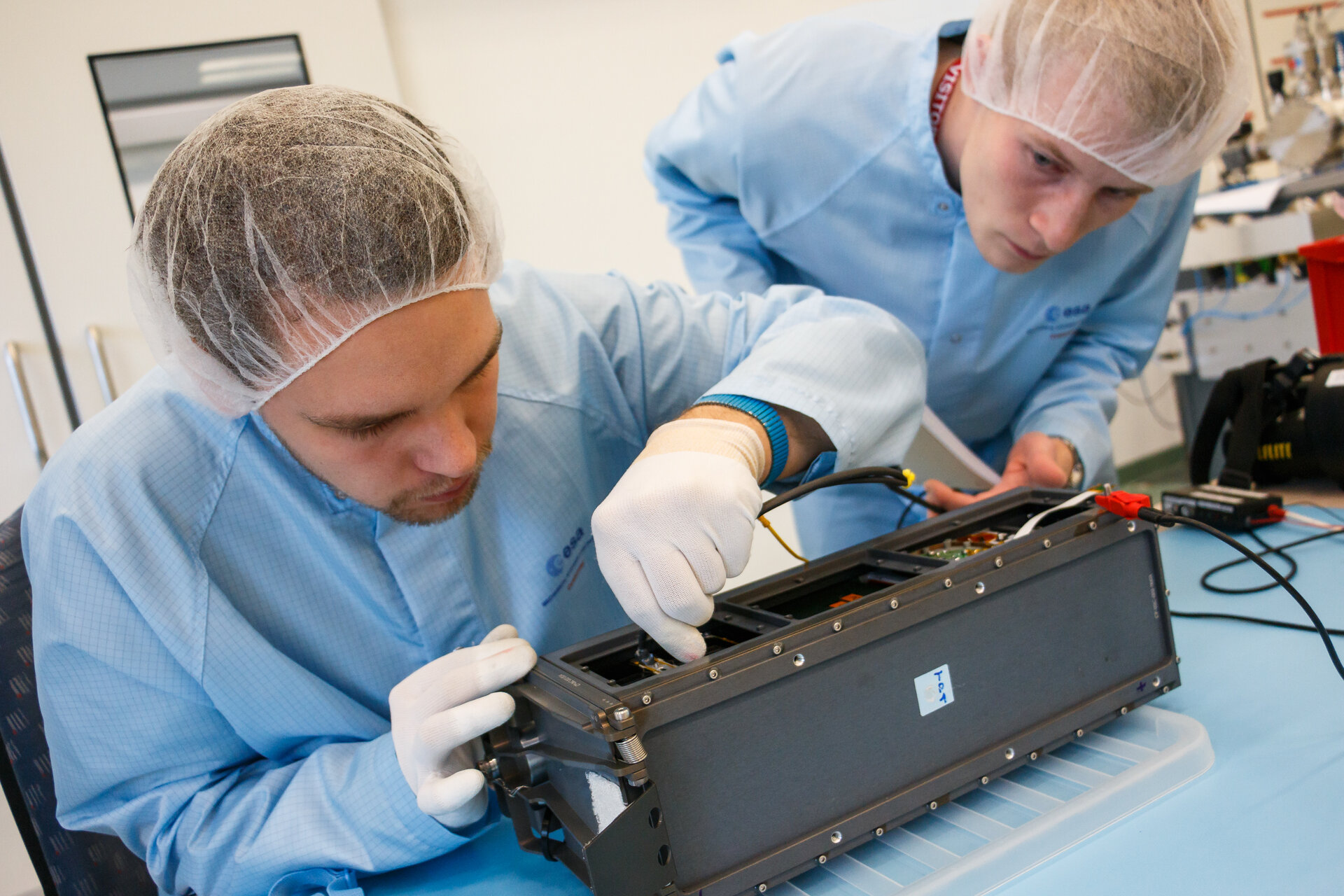 Two satellites chosen by the Fly Your Satellite! programme have undergone vibration testing at the European Space Research and Technology Centre (ESTEC) in Noordwijk, the Netherlands. The tests have provided important information that the teams can now use to help them obtain  their ‘ticket to orbit’.

The tests took place this month at the ESTEC Mechanical Systems Laboratory (MSL). The vibration tests showed how the satellites will respond to the harsh mechanical jarring that accompanies launch.

The two satellites are small CubeSats designed and built by  university students. These satellites were chosen to progress to this part of the programme by a board of ESA experts in February 2014.

The vibration tests are part of Phase 2  of the Fly Your Satellite! programme. This phase incorporates tests to make sure that the CubeSats are capable of operating in the harsh space environment, and that they can survive the launch.

Before going through the vibration tests, both satellites had already passed thermal vacuum and thermal cycling tests, demonstrating that they are able of operating in space-like conditions.

The value of the test was proven when one of the satellites underwent an unscheduled antenna deployment on the vibration table.

Specialists from the ESTEC Materials Technology Section laboratory performed a 3D X-ray inspection, and helped the students interpret the three-dimensional radiographic pictures of their satellite. This showed that the antenna deployment was caused by a nut, which had unscrewed itself because of the vibrations.

The students got to plan how to retrieve the nut and repair the satellite with  minimum disruption to the rest of its systems. Corrective action was taken to ensure that this does not happen again, and the team is now preparing the CubeSat for a new campaign of vibration testing.

If the vibration tests are concluded successfully and the CubeSat team submits an acceptance data package that demonstrates compliance to the Fly Your Satellite! requirements, the CubeSat will be awarded its 'Ticket to Orbit!'.

This allows admission to Phase 3 of the Fly Your Satellite! programme, which is the launch preparation campaign, which will then be followed by Phase 4 – 'CubeSats in Space'.

This recent vibration tests campaign, in line with the objectives of the “Fly Your Satellite!” programme, offered student teams the opportunity to access ESA facilities, and to benefit from the direct collaboration of ESA specialists.

ESA’s educational hands-on programmes are based on the ‘Learn by doing’  principle, applied under the guidance of ESA specialists to help students  familiarise themselves with professional good practice and standards. Feedback from the participating students confirm the invaluable learning experience these programmes offer.