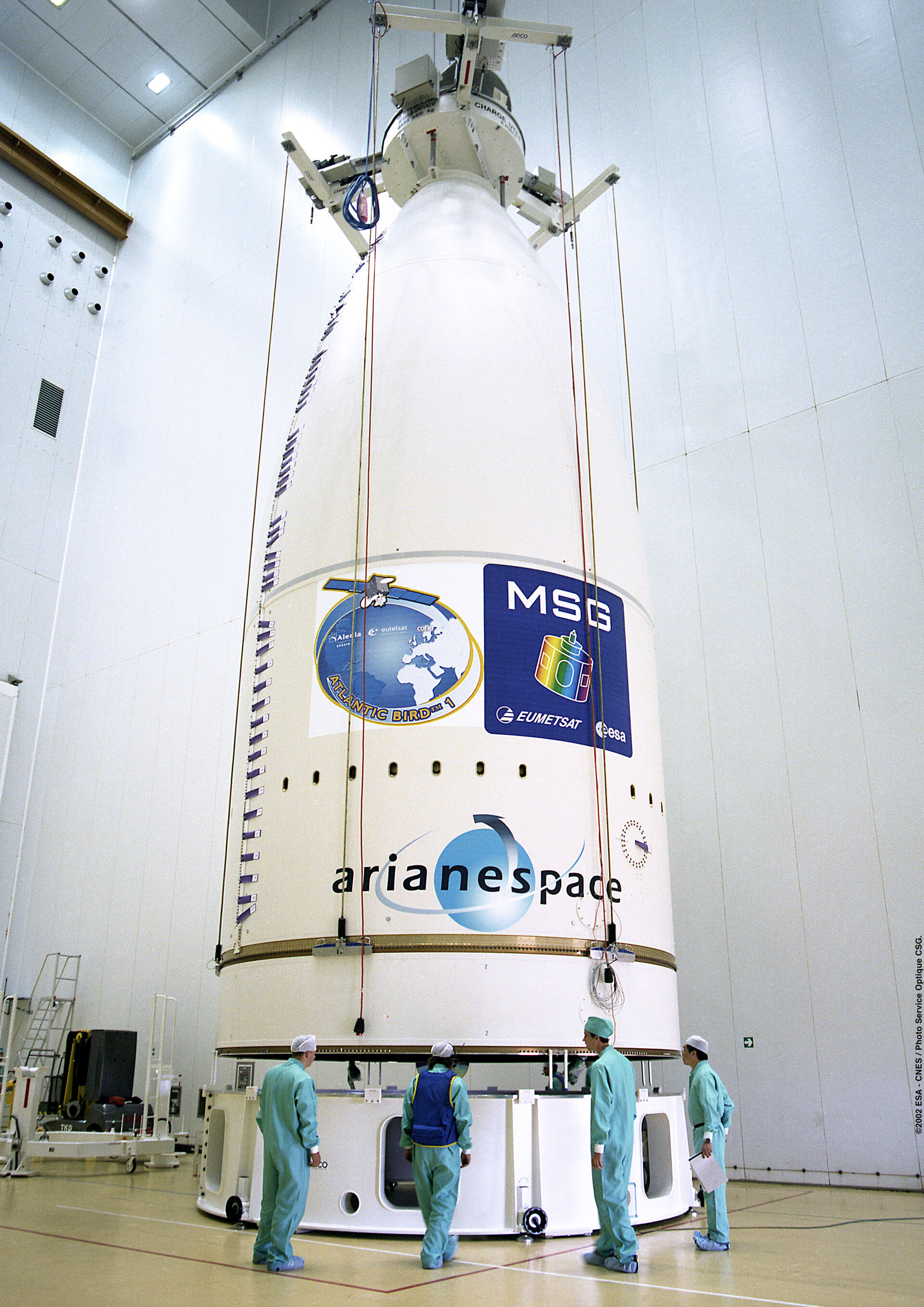 The fairing is positioned on the very top of the Ariane-5 launcher. Its function is to protect the payload against aerodynamic, thermal and acoustic phenomena as the launcher rises from the launch pad through the atmosphere to an altitude of approximately 100 km.

Once the launcher leaves the Earth’s atmosphere, approximately three minutes after liftoff, the fairing is jettisoned. This lightens the remaining launcher’s load as it loses approximately two tonnes of this no-longer required structure.

The configurations of the fairing are developed and qualified to fit the requirements of the satellite market to accommodate dual-launch missions. It is conical in shape and consists of two half shells connected by the vertical separation system. Externally it is made of carbon-covered aluminium honeycomb panels of variable thickness. These are light but sufficiently rigid to withstand atmospheric pressure during the ascent.

On the inside, the fairing was originally covered with acoustic absorption panels, designed to counter noise levels in the structure at liftoff, particularly the noise from the solid rocket boosters. In 2004 this acoustic protection was removed as tests carried out during satellite environment qualification showed that it was no longer necessary.

A double pyrotechnic system is used to separate the fairing. A vertical separation system splits the fairing in two when it separates from the launcher by the means of a pyrotechnic cord incorporated into one side of the shell edge. When this is detonated, a flexible fully sealed sleeve pushes the other half of the shell away.

This operation is closely coordinated with the horizontal separation system. By detonating a pyrotechnic charge, the horizontal aluminium connecting frame ruptures at its weakest point and frees the fairing.