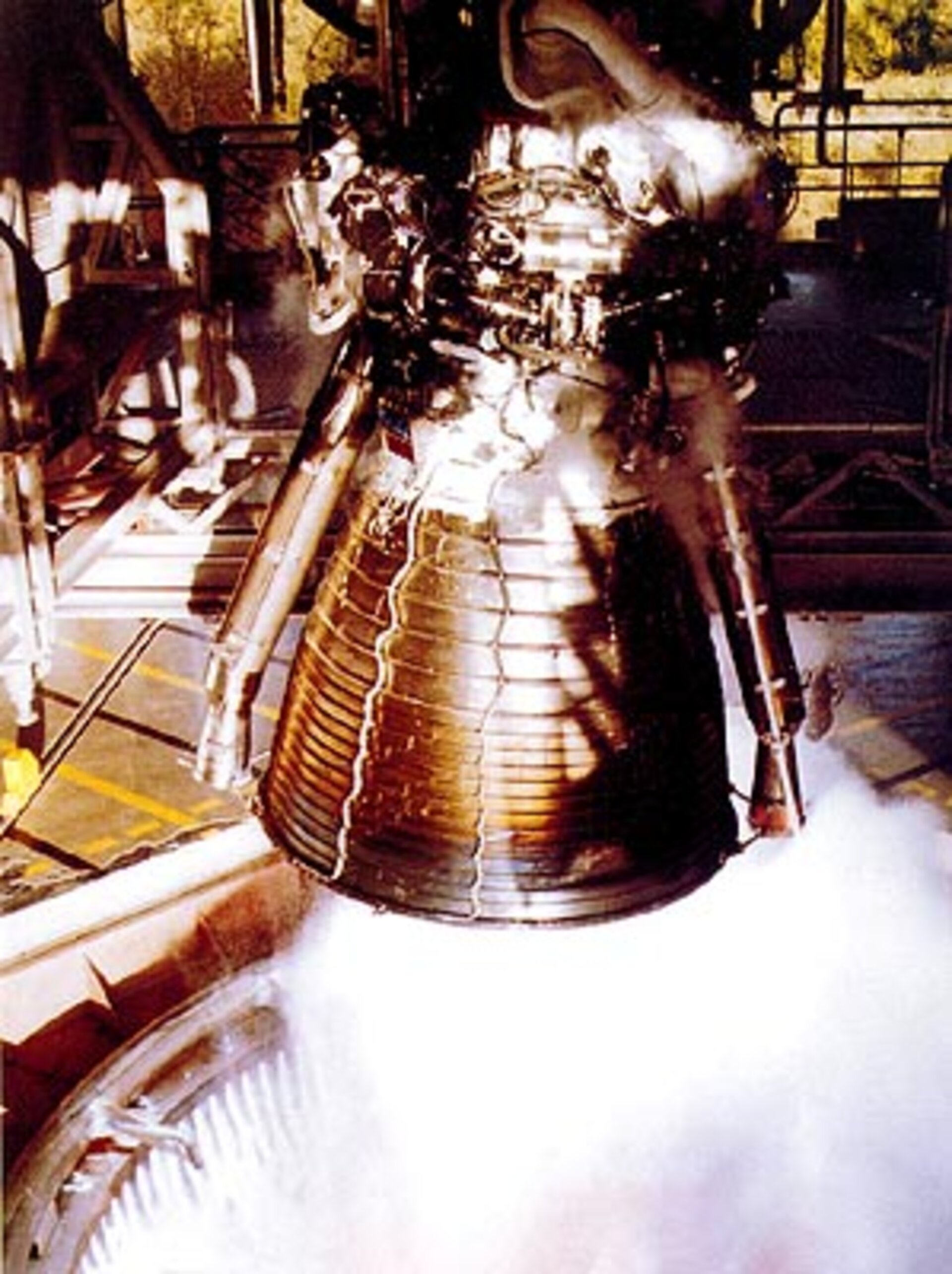 The Vulcain engine represents more than 30 years of technological development in cryogenic liquid propulsion. It constitutes a major programme in itself and accounts for a quarter of the total investment made on the initial Ariane-5 development programme. Altogether 40 different European companies, led by France's Snecma Moteurs, contributed to the programme.

It was in 1957 that the French Ministry of Defence decided to commence research in cold-temperature propulsion. Liquid hydrogen and liquid oxygen provide unequalled performance in a rocket engine. The major problem lies in mastering these two propellants in their extremely cold liquid state: -251°C for hydrogen and -184°C for oxygen. To operate these two propellants in a rocket engine robust architecture and special materials are needed.

The first cold-temperature propulsion engine was produced in the United States in 1962. Then two years later, the French laboratory that was to give rise to the SEP Company (now merged with Snecma), fired its own version.

By 2005 the performance scale had changed enormously. The 1964 prototype delivered a one-tonne thrust, Ariane-4's third stage could deliver 10 tonnes and the Ariane-5 Vulcain engine can deliver 115 tonnes of thrust in vacuum in its initial version. The latest Vulcain 2 engine delivers a thrust in the order of 130 tonnes. This progress has been achieved by concentrating an extremely powerful turbopump into a relatively compact volume and by mastering the extreme temperatures entailed. Parts of the liquid hydrogen (LH2) turbopump are at -251°C whilst only 50 cm away, the combustion chamber is at a temperature of 1500°C.

The Vulcain engine is a major technological development of the Ariane-5 launcher. Altogether it provides 8% of the total thrust needed at liftoff and the full thrust of the propulsion phase after booster separation and before ignition of the upper stage.

The Vulcain engine is 3 m high, 1.76 m in diameter and weighs 1686 kg. It is fixed by gimbals on a thrust frame to the base of the main stage tanks. On either side of its combustion and thrust chamber are two high-speed turbopumps. These elements force the cryogenic propellants at high pressure into the chamber at a rate of 235 kg/sec.

The liquid oxygen turbopump operates at a speed of 13 600 rpm and has a power level of 3 MW. Its hydrogen counterpart turns at 34 000 rpm and has 12 MW of power - the equivalent of two of France's high speed TGV trains travelling at maximum speed. Liquid hydrogen is driven into the combustion chamber at a rate of 41.2 kg/sec.

During the ascent, the engine nozzle can be swivelled to control the launcher's trajectory. Electrical commands from the flight electronics are sent to a hydraulic system whose oil pressures displace two servo-actuators. These actuators modify the orientation of the engine nozzle in the pitch and yaw planes.