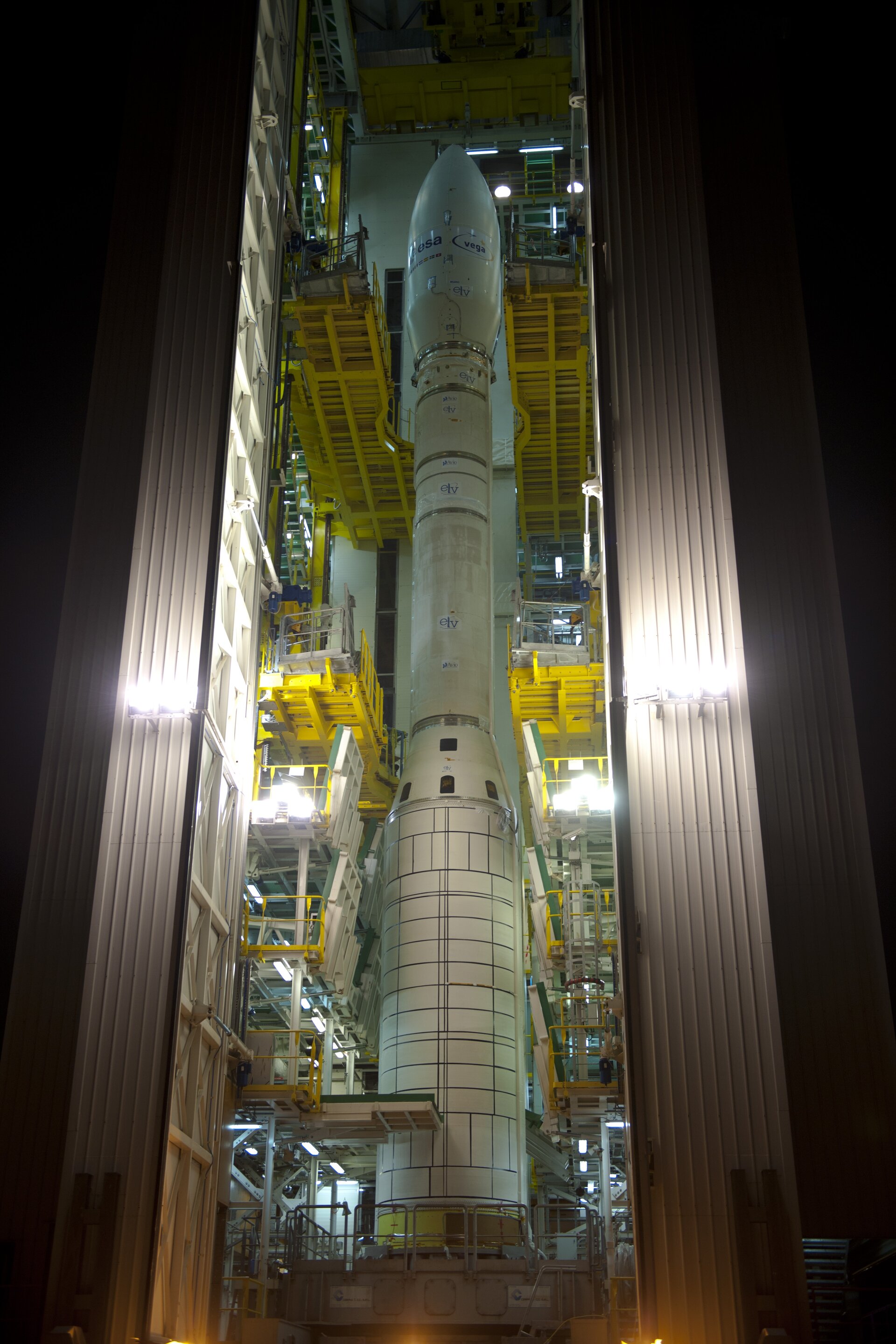 Europe’s new Vega small launcher has taken the next step towards its maiden flight later this year with completion of mechanical testing of a full-scale mock-up at Europe’s Spaceport in French Guiana.

One particular test showed that the vehicle and the pad structure can withstand high winds during the hours before launch.

Wind blowing on the launcher generates vortices at the back of the vehicle’s body, causing vibration as they are shed alternately on either side. If the vibration frequency matches the structure’s resonance frequency, then the movement can become dangerously self-sustaining. The results showed excellent performance from the launch system.

During thermal testing, the temperature of the vehicle, in particular the fairing and avionics, was monitored. The vehicle was exposed to the external environment to check the effectiveness of the design, both in normal and degraded conditions.

These tests were performed during daytime and night time to cover both launch situations.

A dry-run of the final countdown tested launch operations and the rollout of the mobile gantry.

The mechanical and electrical interfaces between the vehicle and the ground segment are now being tested.

The operational procedures for integrating the launcher are being validated, along with its checkout, the loading of liquid propellants and the final preparation and readiness for countdown.

The electrical campaign is verifying avionics and software for the ground segment and the launcher equipment. Most of the automatic procedures to control and monitor the launch system have now been validated. The procedures for the countdown and specific Vega avionics, such as the thrust vector control system, are next in line.

On the mechanical side, the next job is verifying procedures where specific components and equipment need to be replaced when Vega is fully integrated in the mobile gantry.

Fluid tests are also being prepared. The AVUM restartable fourth stage will be filled with real propellant, which will finally validate the readiness of all launcher and ground segment procedures.

In the coming months, the Flight Readiness Review will give the final green light for the maiden qualification flight, in the second half of 2011.