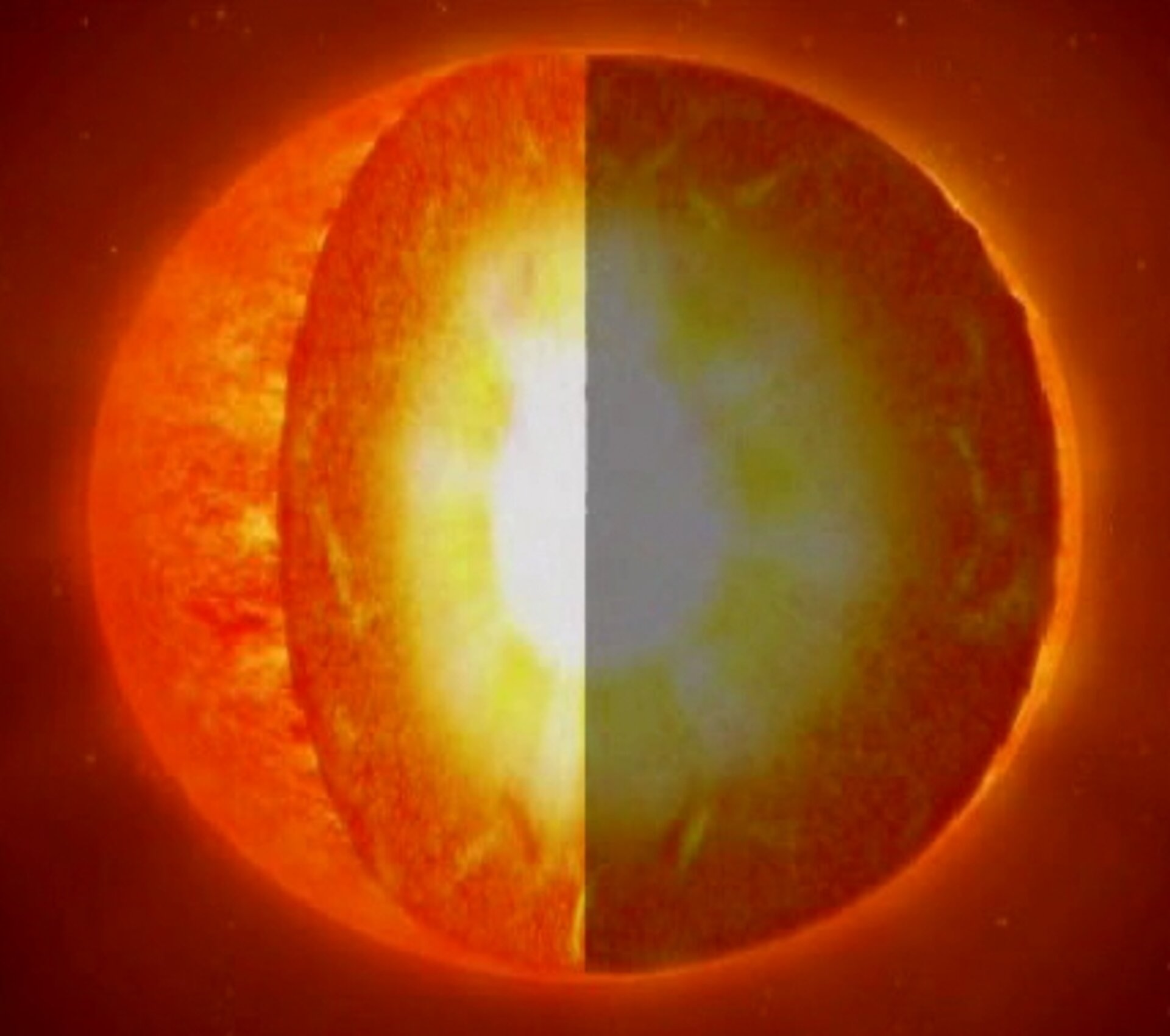 Sounding the Sun through a technique similar to seismology has opened a new era for understanding the Sun’s interior. The COROT satellite has now applied this technique to three stars, directly probing the interiors of stars beyond the Sun for the first time.

When global oscillations of the Sun were discovered, scientists realised they opened a window to the Sun’s interior. Like the propagation of seismic waves on Earth providing information about our planet’s interior, sound waves travel throughout the Sun carrying information about what is happening below the surface.

These oscillations can also be observed on other stars. They can be detected through the variation in the light emitted by the star as the surface wobbles – the technique used by COROT. This reveals the internal structure of the star, and the way energy is transported from the core to the surface.

“Other techniques to estimate stellar oscillations have been used from the ground, but they are limited in what they can do,” said Malcolm Fridlund, ESA Project Scientist for COROT at ESA’s European Space Research and Technology Centre (ESTEC), in the Netherlands, and co-author of the results.

“Adverse weather conditions, plus the fact that you cannot observe stars during daytime, oblige ground astronomers to interrupt their observations,” he continued. “Now, the key to detecting such small stellar oscillations from big distances is not only the sensitivity of an instrument, but also the opportunity of observing the star without interruption: any interruption produces noise in the data that can cover a signal completely. Therefore, to be certain, we must approach the question with the right instruments and from space.”

The three stars probed by COROT – known as HD49933, HD181420 and HD181906 – are similar to the Sun. They are not exactly in our stellar neighbourhood, but rather far away, so their brightness doesn’t blind COROT’s instruments.

“The fact that COROT succeeded in probing the interior of Sun-like stars with direct measurements for the first time is a huge leap in understanding stars in general”, added Fridlund. “In addition, this will help us to understand, by comparison, our own Sun even better.”

The ESA/NASA mission SOHO, observing the Sun since 1995, has paved the way for stellar seismology, which is the approach now extended by COROT to the probing of other stars.

The results appear in the 24 October issue of the scientific journal Science, in the paper ‘CoRoT measures solar-like oscillations and granulation in stars,’ by E. Michel et al.

COROT is a mission led by the French Space Agency (CNES), with contributions from ESA, Austria, Belgium, Germany, Spain and Brazil. It was launched in December 2006 carrying a 27 cm-diameter telescope designed to detect tiny changes the brightness of nearby stars. The mission’s main objectives are to search for exoplanets and to study stellar interiors.