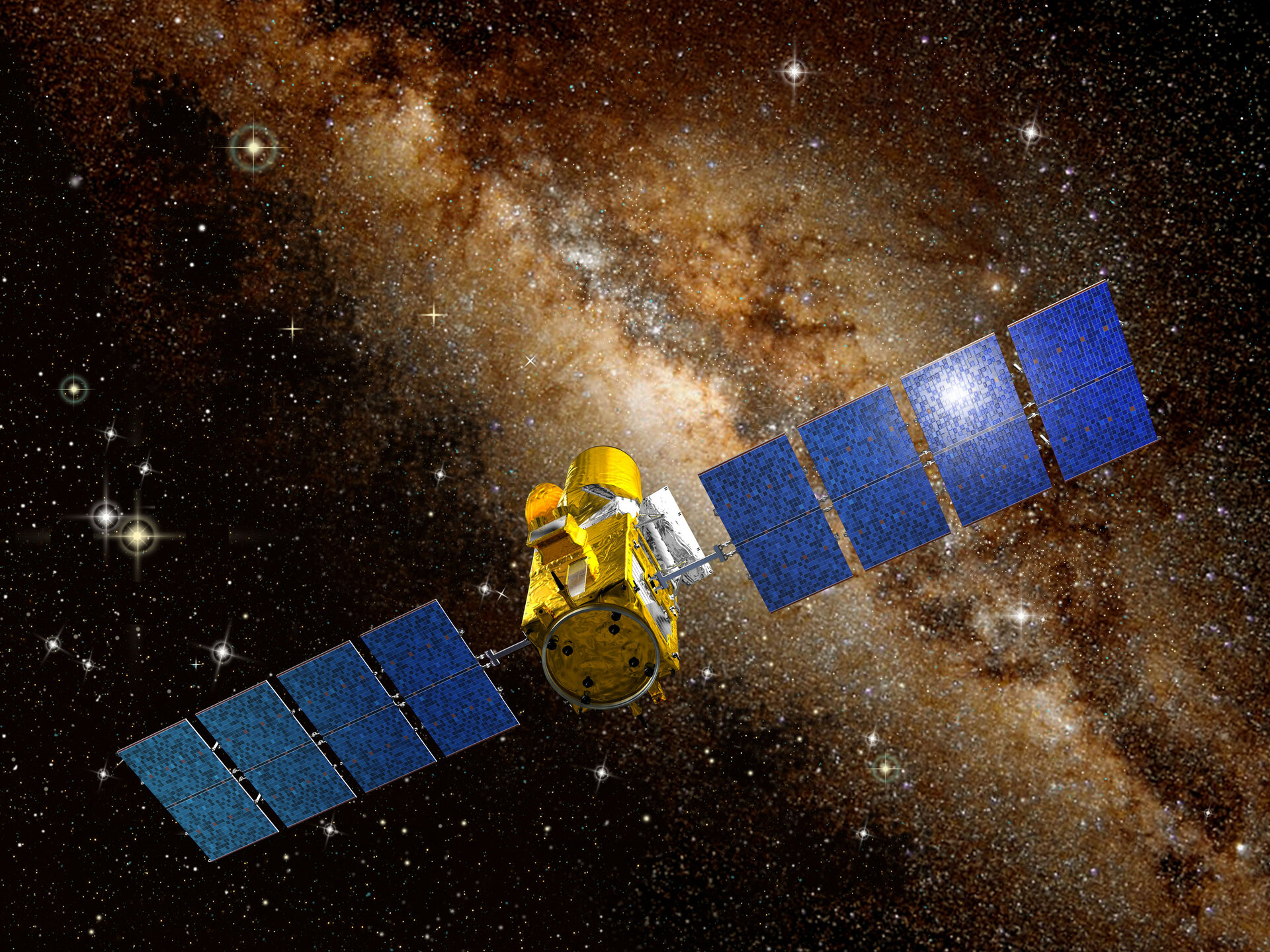 One month after successful launch, and about two weeks after the release of the first image of the sky, the COROT satellite successfully entered in 'fine pointing' mode.

The fine-pointing configuration was uploaded on 24 January 2007 after the activation of the seismology channel, and uses the satellite telescope as a 'super' star sensor. This will allow COROT to precisely target stars and perform astero-seismologic observations (probing stars interiors).

The optical performances of the seismology channel prove to be excellent, both in terms of shape and stability of the image spots, with a distortion incredibly close to the on-ground modelling performed before launch.

Inside the images collected to calibrate the seismology channel, COROT detected a junk object - a piece of a Delta 1 rocket launched in 1984. This has left on the COROT's camera sensors (CCD) a small smear visible in the middle of the stellar field. The movement of the object inside the CCD image fits well with the trajectory elements computed on ground.

These and all the delicate operations of verification and in-orbit calibration of the COROT satellite – also including a program of calibrations relative to the instrument line of sight performed from 18 to 23 January - have been mastered by the satellite teams at CNRS (Laboratoire d'Etudes Spatiales et d'Instrumentation en Astrophysique (Observatoire Paris Meudon) and at Laboratoire d'Astrophysique de Marseille (Observatoire Astronomique de Marseille Provence).