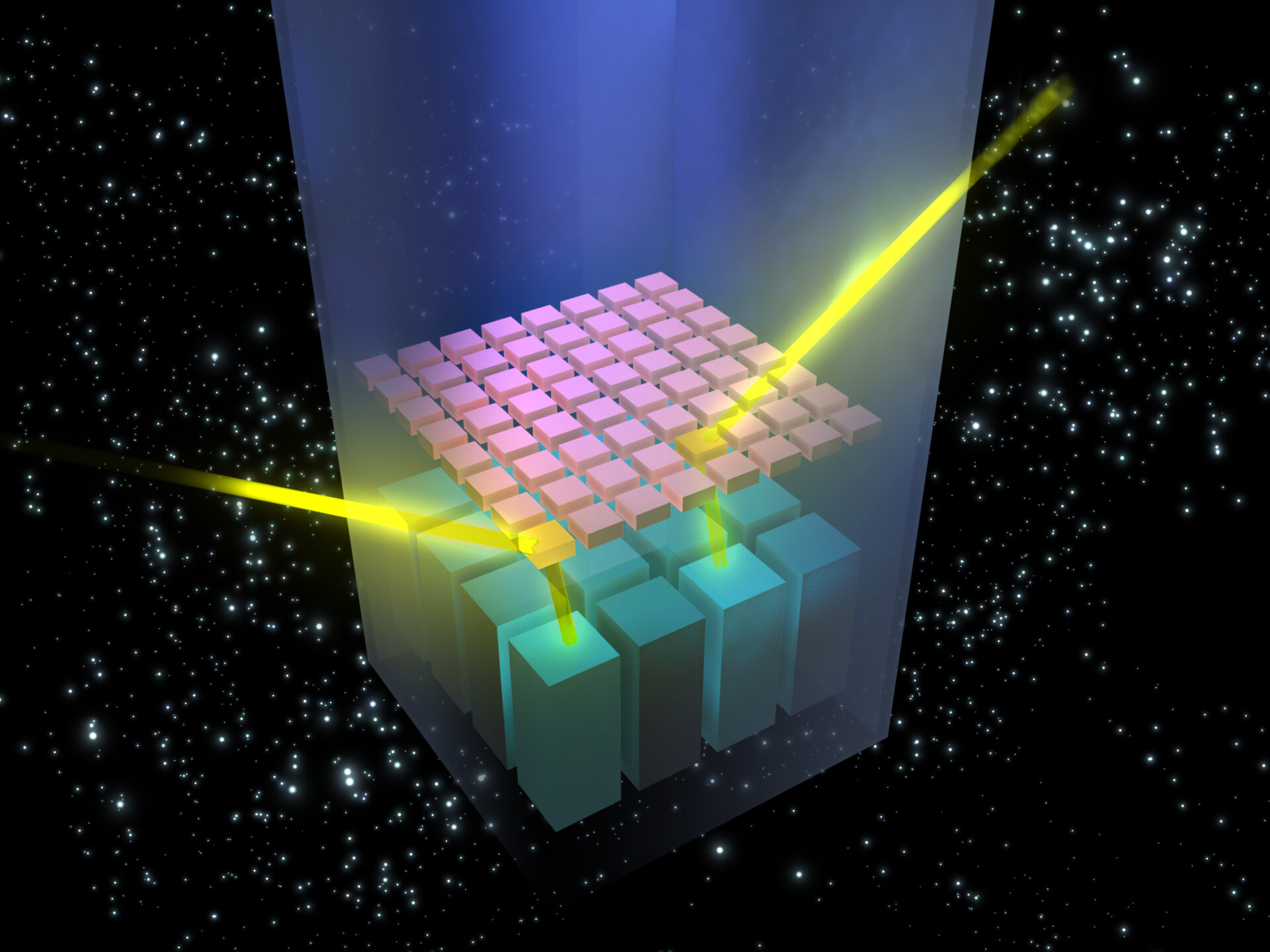 Thanks to a clever piece of design and a sophisticated piece of analysis by European astronomers, Integral - ESA’s orbiting gamma ray observatory - can now make images of the most powerful gamma-ray bursts even if the spacecraft itself is pointing somewhere completely different.

Scientists know that once every day or two, a powerful gamma ray burst (GRB) will take place somewhere in the Universe. Most will last between 0.1 and 100 seconds, so if your telescope is not pointing in exactly the right place at the right time, you will miss taking an image of it – unless that telescope is Integral. The satellite can now take images round corners, if the gamma-ray blast is strong enough.

When GRB 030406 exploded unexpectedly in early April this year, Integral was observing another part of the Universe, about 74 times the diameter of the full Moon away. Nevertheless Dr Radoslaw Marcinkowski, Space Research Center, Warsaw, Poland, and colleagues have reconstructed an image of the event using the radiation that passed through the side of Integral’s imaging telescope.

The key is that the Imager on-Board Integral Satellite (IBIS) uses two detector layers, one on top of the other. Most gamma-ray telescopes contain just a single detector layer. In IBIS, the higher energy gamma rays trigger the first detector layer, losing some energy in the process, but they are not completely absorbed. This is known as Compton scattering. The deflected gamma rays then pass through to the layer below where they can be captured and absorbed because they have given up some energy in their passage through the first layer.

"In this way, we are able to capture and analyse the higher energy gamma rays," says Marcinkowski. IBIS can now see around corners because Marcinkowski realised that gamma rays from the most powerful GRBs would pass through the lead shielding on the side of the telescope, then through the first detector layer before coming to rest in the second layer. The scatter locations in the two detector layers and the energy deposits can then be used to determine the direction of the GRB.

Marcinkowski had heard of Integral registering a solar flare in this way even though the satellite wasn’t pointing at the Sun. He thought that if it worked with solar flares, it must work with the most powerful GRBs. On 6 April 2003, his hunch was proved correct, Integral provided an accurate location for GRB 030406 even though it was not looking in the burst’s direction.

Until now, the science teams have been forced to rely on luck that the satellite was pointing to the right place at the right time because GRBs are unpredictable. At present, they image about one a month. The Compton scattering technique could raise the number of Integral catches by 50 percent. "We believe that using this method we can image between 2 and 5 more bursts per year," says Marcinkowski.

The team now hope to fully automate the analysis routine that recognises the signals and localises them. This would mean that the software could run automatically at the Integral Science Data Centre (ISDC) in Geneva, Switzerland and automatically alert astronomers to its gamma-ray catches when they occur.