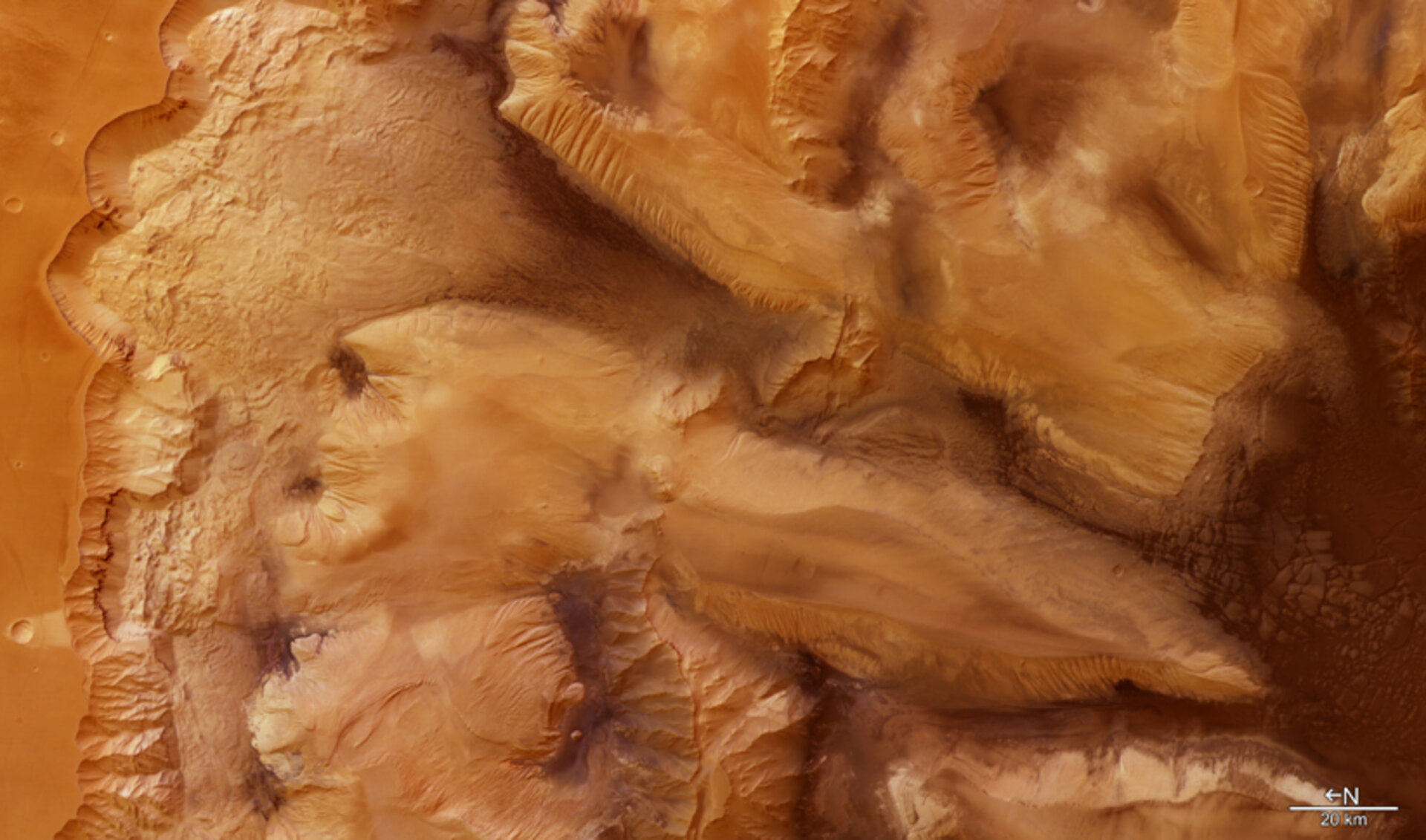 These images, taken by the High Resolution Stereo Camera (HRSC) on board ESA’s Mars Express spacecraft, show the Ophir Chasma, a northern part of the Valles Marineris canyon.

The images were taken during orbit 334 in April 2004 with a ground resolution of approximately 36 metres per pixel. The displayed region is located at about longitude 288° East and latitude 4° South.

Although the region has been mapped in detail during several missions, many secrets of the geological history of Valles Marineris still remain a mystery.

Valles Marineris is a huge canyon system around 4000 kilometres long, up to 240 kilometres wide and up to 6.5 kilometres deep.

Its connected ‘chasma’ or valleys may have formed from a combination of erosion and tectonic activity. The floor of the canyon shows morphological evidence of volcanic, fluvial or even glacial activity.

The northern scarp of Ophir Chasma, towards the left in these images, has an elevation of up to 5000 metres. Several slopes of collapsed material, indicating slope instabilities, can be seen at the base of the scarp and can be traced southwards along the valley floor for more than 70 kilometres.

In the south, east of the rounded and apparently smooth Baetis Mensa ridge, the dark chaotic terrain of Candor Chaos can be seen. This terrain is characterised by polygonal blocks that suggest material movements in north-south and east-west directions. Chaotic terrain on Mars is often connected to outflow channels, indicating the catastrophic release of large subsurface water reservoirs, and the subsequent collapse of tye above-lying rock.

With the help of HRSC stereo and colour data, it is possible to map distinct geological features in more detail in order to reconstruct the history of a region.

Image resolution has been decreased for use on the internet.