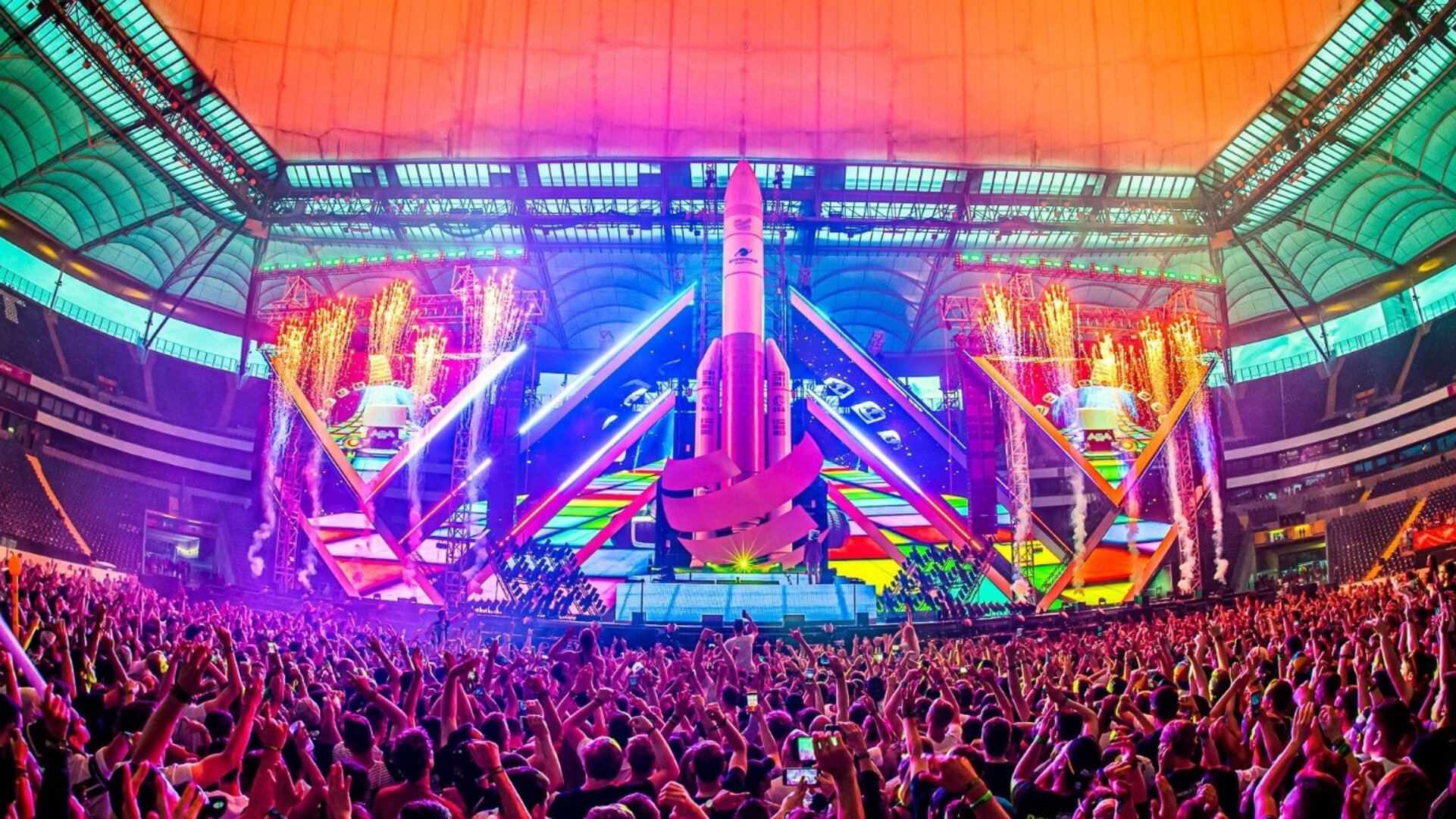 On Friday 7 June, ESA began a three-day starring role at the World Club Dome electronic dance music festival. Billed as the Space Edition, this event is the latest stage of an 18-month partnership with BigCityBeats, the company behind the show. This year’s festival featured Armin van Buuren, Jason Derulo, Steve Aoki and David Guetta among its star performers – as well as a 28-m high model of an Ariane 5, which dominated the main stage.

World Club Dome Space Edition was inaugurated with a spectacular light and music show for the crowd of 55 000 music fans. The programme recounted the history of human space exploration and highlighted ESA’s many achievements. ESA astronauts André Kuipers and Matthias Maurer took to the stage to recount their experiences and their hopes for the future.

As Bernd Breiter, CEO of BigCityBeats says, “I feel that the fusion of music entertainment and space exploration, between ESA and BigCityBeats, joins two very different concepts into a single theme, something that is so universal that everyone understands it.”

The association with BigCityBeats, managed through ESA’s Partnerships Unit, started in 2018 with a parabolic flight for party lovers from all across the world. Financed by BigCityBeats and taking to the skies with Novespace’s specially designed Airbus A310 aircraft, ESA astronauts Jean-François Clervoy and Pedro Duque were able to demonstrate the experience of weightlessness and introduce them to the world of space exploration.

Early in 2019, this experience was repeated with another BigCityBeats backed venture into 'zero g', but this time with celebrities from the worlds of entertainment, sport and fine cuisine.

In addition, video messages of support have been given from well-known personalities from across the globe, including Brian May, Timbaland, Chris de Burgh and Jimmy Somerville. In his message, broadcast just before the World Club Dome opening show, ESA Director General Jan Wörner said, “We are very happy to be partners in the World Club Dome Space Edition. We are all using space and we want to explore where no woman, or man, has been before.”

The partnership will continue over the summer when ESA astronaut Luca Parmitano will make contact with another BigCityBeats event in Ibiza from the International Space Station. Maybe this will even be the first electronic dance music DJ set played from orbit. Watch this space...