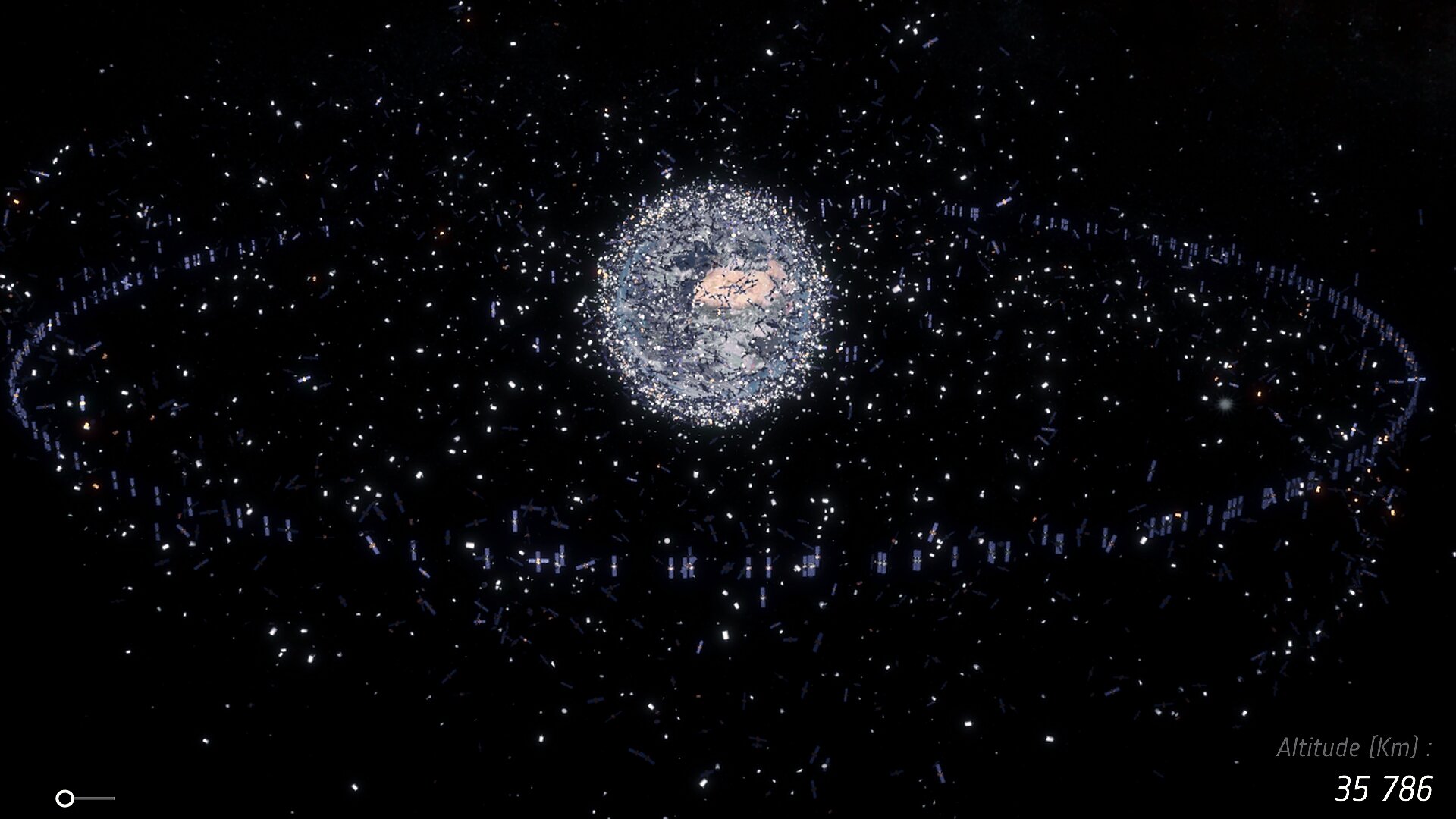 The 7th European Conference on Space Debris, to be held 18–21 April at ESA’s Space Operations Centre in Darmstadt, Germany, will provide a unique forum for leading scientists, engineers, managers, space operators, industry, academia and policy-makers from all major spacefaring nations.

Media are invited to attend the overall conference, in particular the opening presentations and the concluding press conference.

Today, around 750 000 objects larger than 1 cm are orbiting Earth. At average speeds of 40 000 km/h, impacts on space hardware would deliver roughly the energy equivalent to the explosion of a hand grenade. Consequences for our operational satellites could be severe.

About 18 000 of these pieces of debris are large enough to be regularly monitored by powerful surveillance systems. Such monitoring data are used by space agencies such as ESA to avoid collisions. The majority of these objects have been generated by more than 250 explosions.

With the increase in the number of objects in space, experts believe that collisions among these objects, some of which have already occurred, might become the primary source for new fragments in orbit. Experts have proposed countermeasures that would mitigate this problem. However, significant challenges are faced by spacefaring organisations to implement these measures.

The 7th European Conference on Space Debris is the largest gathering in the world on this topic. The conference will be opened by ESA Director General Jan Woerner and NASA’s former orbital debris chief scientist Donald Kessler.

Highlight talks will address acute issues like the current practice in implementing debris avoidance measures, novel concepts for the active removal of debris, and the deployment of large constellations of several thousand satellites for telecommunications. Finally, the proliferation of small satellites, CubeSats and nanosatellite swarms will be addressed.

The topics of megaconstellations, active removal and European efforts toward space situational awareness and surveillance, measurements and modelling will be addressed. The important issue of atmospheric reentry survival and the risk on the ground as well as aspects of hypervelocity impacts in space will be discussed by top global experts.

Below is an outline programme for media. While journalists may attend all technical sessions, the slots listed below are recommended for non-specialist media.

Welcome addresse by Jan Woerner, Director General of ESA and introduction by Rolf Densing, ESA Director of Operations and Head of ESOC

On 19–20 April a series of technical sessions and workshops will take place, which the media are welcome to attend. Details are described in the programme.

At the ESOC press centre, the main points of discussion and overall conclusions of the four-day conference will be presented to the press.

Full details on media registration and contact for interview requests via the ESA media section of our website.