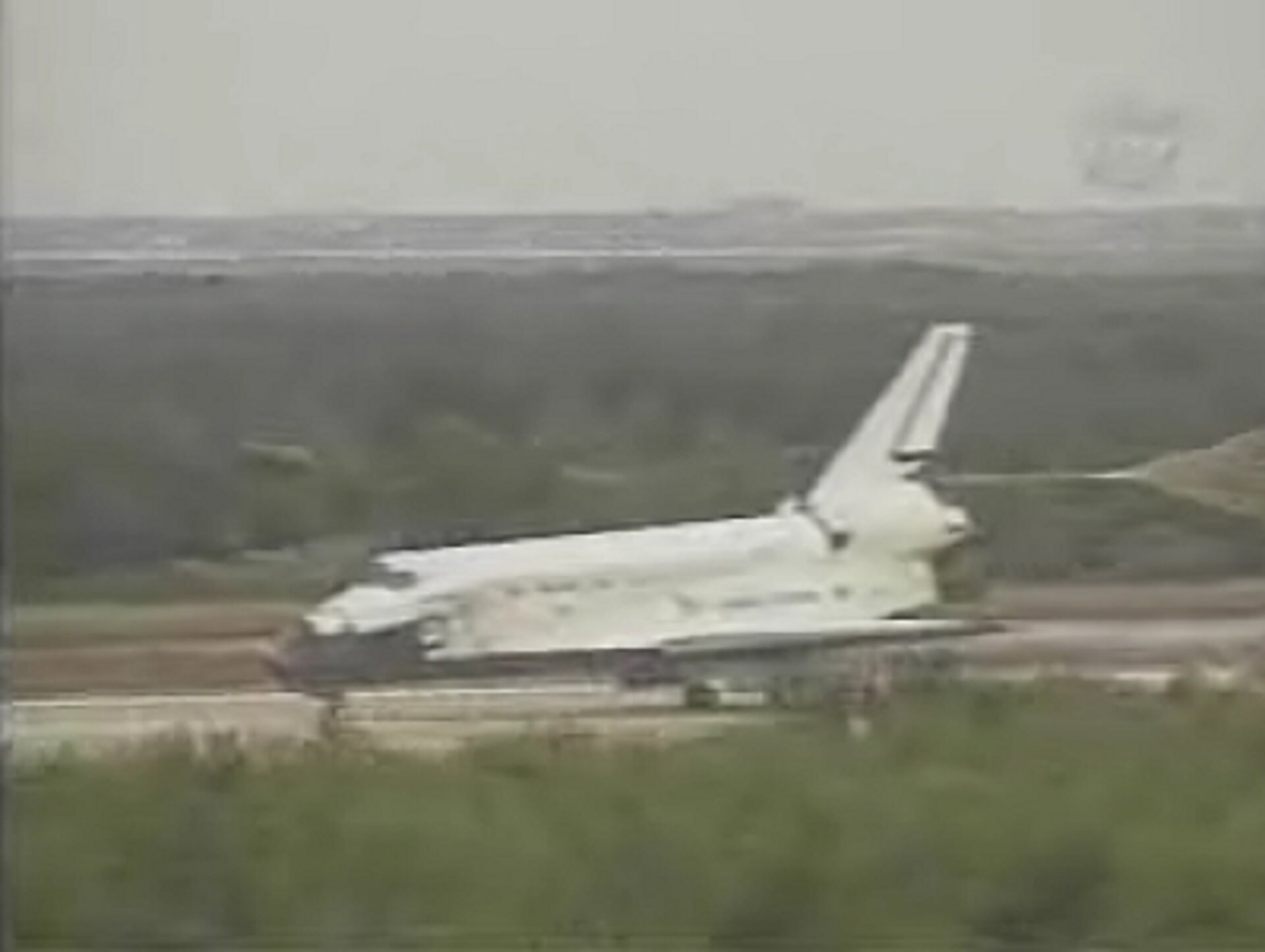 Space Shuttle Discovery successfully landed at NASA's Kennedy Space Center (KSC), Florida, at 15:14 CEST (13:14 UT) today. Discovery returned with one crewmember less than at the start of the STS-121 mission – ESA astronaut Thomas Reiter will remain on board the International Space Station (ISS) for six months for the Astrolab Mission.

After undocking from the Space Station on Saturday, Discovery was cleared for landing after a last inspection revealed no signs of damage to the spacecraft. A three minute de-orbit burn at 14:07 CEST (12:07 UT) started the Shuttle's descent to Florida.

The touchdown at KSC marks the end of a successful 13-day mission to the ISS – and confirms the return-to-flight of the Space Shuttle, after more than three years of uncertainty following the loss of Columbia in February 2003.

During the mission, the STS-121 crew delivered supplies, scientific experiments and spare parts, as well as a third crewmember to the International Space Station. Shortly after arrival at the Station, ESA astronaut Thomas Reiter officially joined the Expedition 13 crew as Flight Engineer 2 when his Soyuz seatliner was installed in the Soyuz TMA-8 at 21:13 CEST (19:13 UT) on 6 July, marking the start of ESA's first long-duration mission to the ISS.

Thomas Reiter becomes the first non-US, non-Russian astronaut to join an Expedition crew on orbit. As Flight Engineer, he will be in charge of vital tasks regarding ISS guidance and control, environmental control and life support systems, power control and communications, crew health & safety and extra-vehicular activities.

On 3 August, Reiter is due to become the first ESA astronaut to perform a spacewalk from the International Space Station. In addition, he will operate research facilities on board to support the ongoing international science programme.

Among his science activities, he will conduct a series of experiments devised by European scientists for ESA’s Astrolab Mission. These will include investigations in the field of human physiology and psychology, microbiology, plasma physics and radiation dosimetry. He will also perform technology demonstrations and conduct industrial and educational experiments for universities and primary/secondary schools.