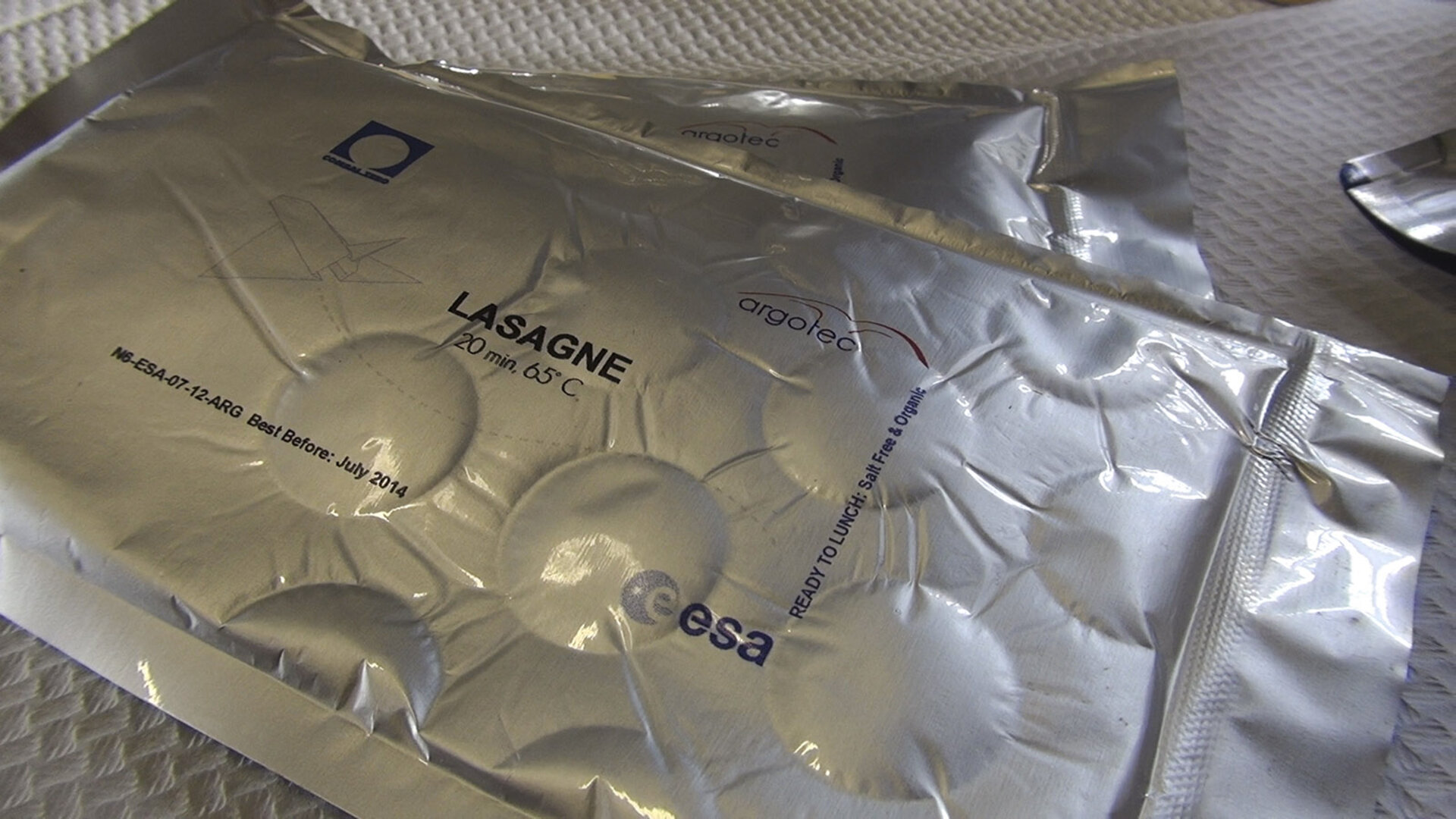 Getting ready for his six-month stay on the International Space Station, ESA astronaut Luca Parmitano from Italy had an important task yesterday ­– testing some of the best Italian cuisine that he will eat in Earth orbit, including the first lasagne to be sent to space.

Luca is the first of ESA’s new generation of astronauts to go into space, thanks to a flight that has been provided by the Italian space agency ASI. He will spend over six months circling Earth at around 400 km altitude.

Good food is important for astronaut morale because they live far away from home with a high workload and in a new environment. Often the evening meal is the only time astronauts on the Space Station can all get together.

As every Italian knows, the best remedy for homesickness is good food from your home country but preparing food for spaceflight is no easy task.

Aside from requiring a long shelf-life and withstanding weightlessness, a chef needs to think of the particular nutritional requirements that astronauts must follow. The food must also be easy to prepare.

To prepare some special dishes for Luca, five-star chef David Scabin cooked up some classic recipes that were made spaceworthy by Turin-based company Argotec. Luca and his colleagues can feast on aubergine parmigiana, mushroom and pesto risotto and caponata, with tiramisu for dessert.

The food is dehydrated by a special process to preserve flavour before being stored in aluminium bags to withstand launch vibrations. The final meal can be kept for up to 36 months and is free of salt. It has been found that salt can be harmful to astronauts’ bones while in space.

“To work around the salt problem, we used tomatoes and cheese with a bit of soy sauce,” says David Scabin.

In space, Luca only needs to add hot water at 70°C to turn the ingredients once again into a tasty meal.

"It was a complex and difficult task,” says David Avino from Argotech. “But we are very happy with the result.”

Argotech provided the food for ESA’s underground cave training programme last September and took comments from the astronauts during tasting session into account.

Luca will spend the next four weeks in Houston, USA, before heading to Russia on a one-way ticket. His next destination will be the International Space Station. The specially prepared food will catch an earlier ride to the Station, arriving before Luca does.