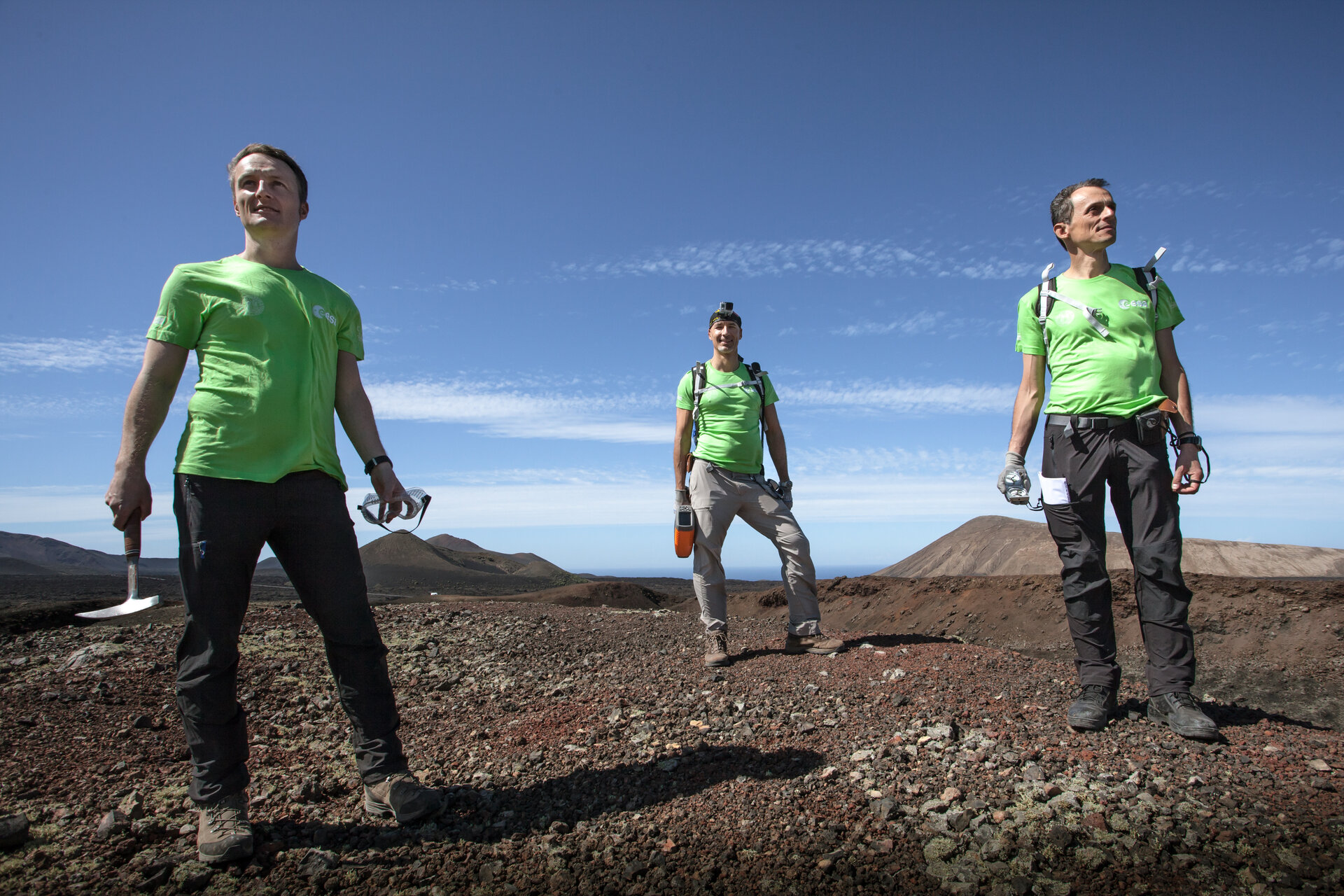 A crew consisting of ESA astronauts and pilot Luca Parmitano, ESA astronaut and engineer Pedro Duque and ESA eurocom and scientist Matthias Maurer explored the barren and dry landscape of Lanzarote in the Canary Islands in October to simulate a planetary mission.

The Lanzarote national park is in many ways similar to Mars and the trio interpreted its geological history, researched scientific questions and identified suitable rock samples for further analysis.

The course was designed to take into account recommendations from NASA’s Apollo programme, and to build on current knowledge of planetary geology. European scientists who worked on robotic missions such as Rosetta, ExoMars and the Curiosity Mars rover were involved from the start.

“The geological descriptions of the landscape that the astronauts radioed to the ‘ground’ team were astonishingly complete and precise, showing an acute sense of observation,” noted course designer and director Francesco Sauro.

“We used the common geological practice of ‘flexecution’ throughout the course whereby objectives changed depending on discoveries in the field.”

This allowed the astronauts to identify samples and features of high scientific interest that could not be foreseen by geologists from satellite-image analysis.

“Geology, more than any other scientific discipline, uses complex terminology that requires years to learn,” says Loredana. “Exploring planetary bodies in the future will require that the astronauts and ground control can communicate efficiently using common terms.”

Pedro Duque confirms: “An operational language will need to be developed among all agencies involved in human space exploration.”

During their field trips, the astronauts identified and retrieved samples that will be used for scientific study involving students, in collaboration with the Geopark of Lanzarote and other institutes and universities involved in the course.

“The astronaut routes were chosen for scientific interest and we will  use the findings from the course for further astronaut training as well as data for student theses,” says Pangaea scientific coordinator and instructor Matteo Massironi.

This was the second session of a course designed and developed by ESA, in collaboration with the Italian university of Padova, CISAS, and planetary scientists from European universities, to prepare for future exploration operations.

The next session will take place in March 2017 and focus on geo-microbiology and planetary protection.