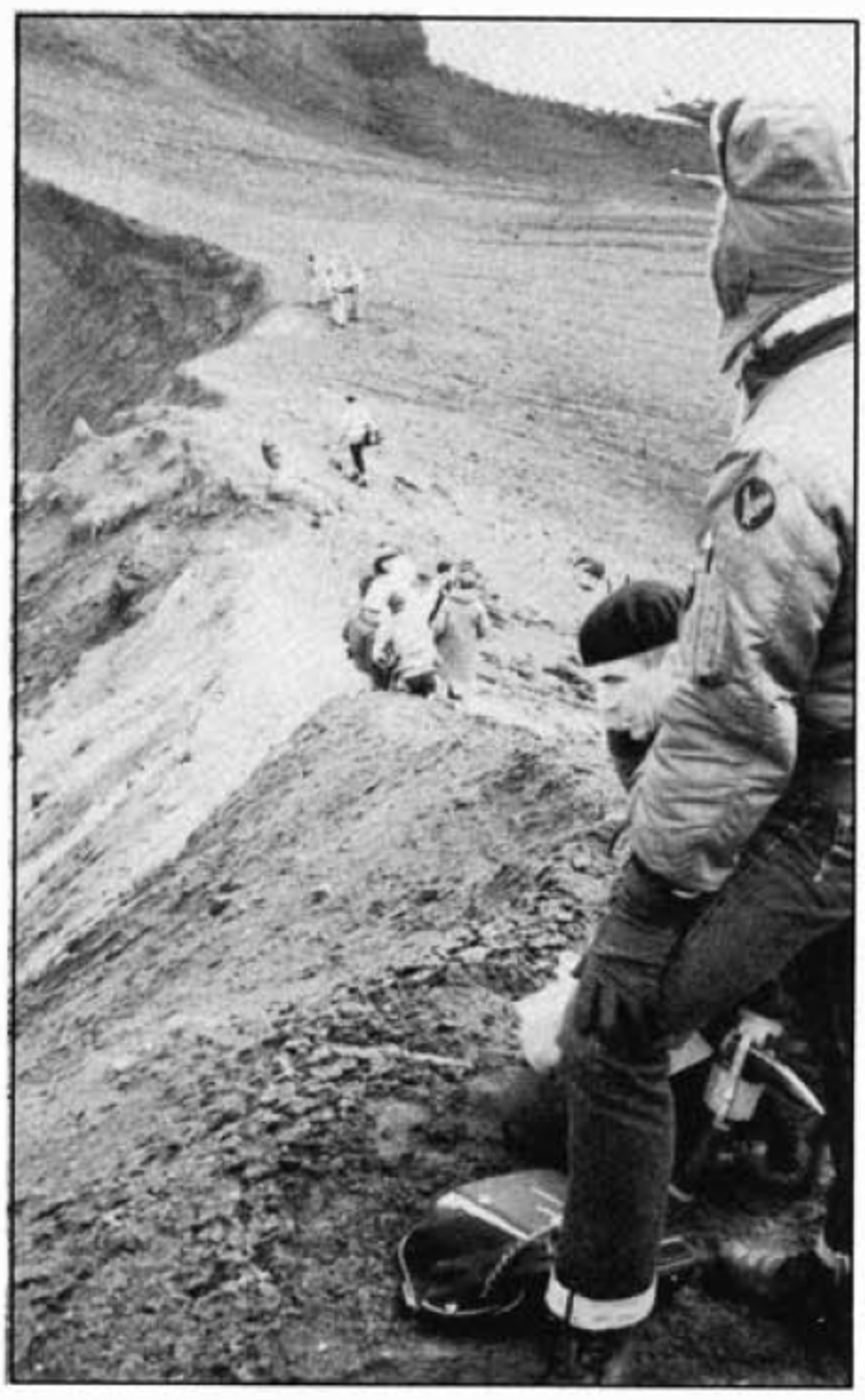 The need for geological training for astronauts was recognised at the beginning of the Apollo Moon missions in the 1960s. At that time each NASA astronaut went on at least 16 field trips and spent up to 300 hours in the classroom to prepare for each lunar geological mission goal. The Apollo training was based on the principle “You learn by doing and then doing some more”, so repeated learning and practice in many similar environments to the Moon was an important step for the success of the missions.

No substitute exists for working in the field to learn the principle of field observation and sampling. Their geological field-training allowed Apollo astronauts to identify, collect and analyse samples on the Moon with efficiency and flexibility.

On future planetary missions astronauts will probably explore complex environments such as lava tubes, canyon rills and rough or icy surfaces. Training on Earth in places with similar geological features and operational conditions will help the astronauts to communicate effectively between themselves and the ground support during geological investigations in our Solar System.

Potential landing sites on Mars cover a wide range of geological situations from volcanic regions, ice caps, sedimentary basins, deep trenches, craters and so on. Asteroids have a huge variety of features each target offering distinct differences. Future missions to the Moon will take into account newly-discovered features such as lava-tube skylights which were not considered during the Apollo missions.

The recognition and interpretation of geological structures and processes requires experience, repeated encounters with the subject matter and detailed field studies. Pangaea’s field training will teach astronauts decision-making methods and efficient documentation and descriptive techniques rather than wide and purely theoretical knowledge.