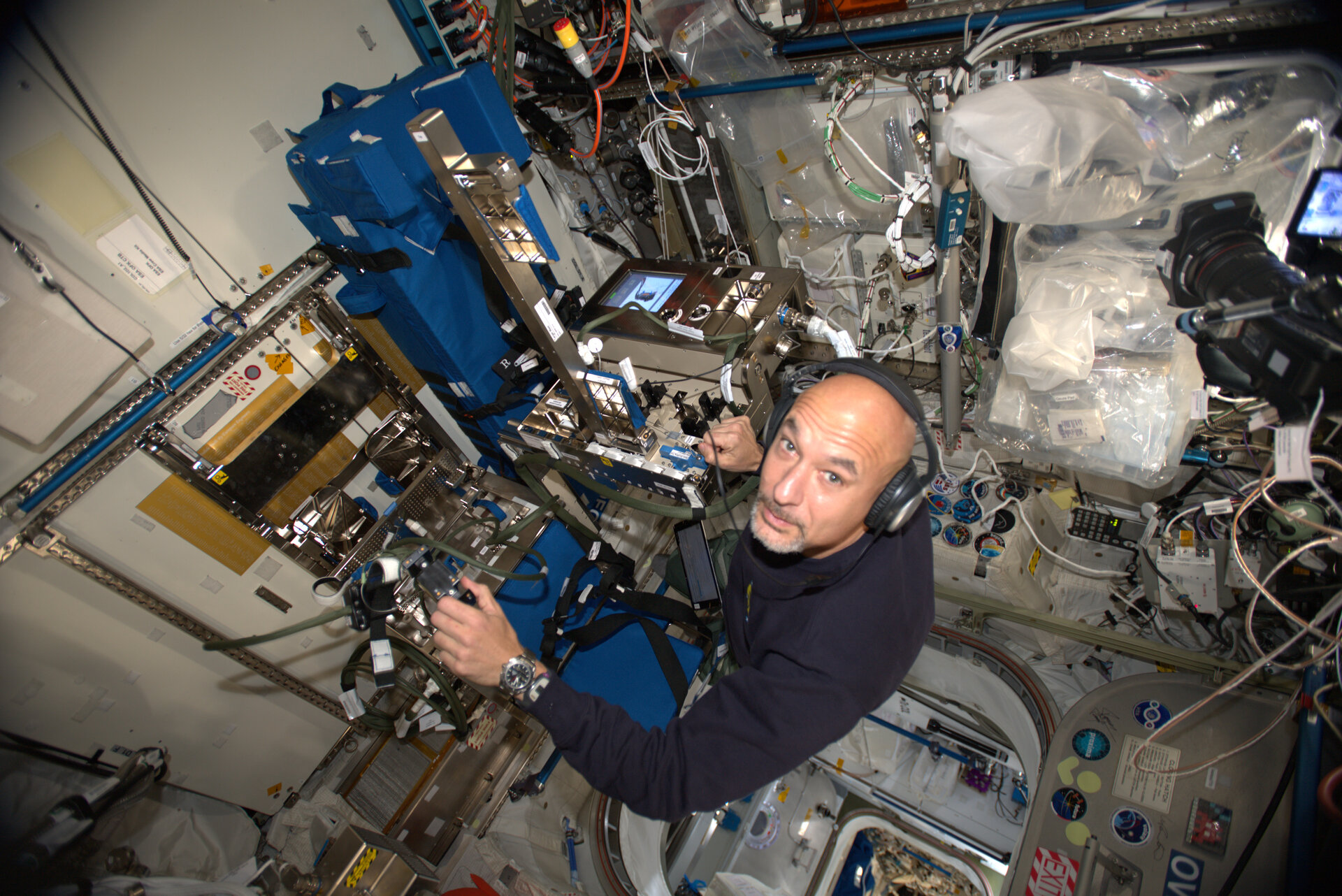 Over two weeks have flown by since ESA astronaut Luca Parmitano was launched to the International Space Station for his second six-month stay in orbit. His arrival, alongside NASA astronaut Andrew Morgan and Roscosmos Soyuz commander Alexander Skvortsov, boosted the Station’s population to six and the crew has been busy ever since – performing a wide range of science in space.

With the start of Luca’s Beyond mission on 21 July, and the capture of SpaceX’s Dragon 18 cargo vehicle on 27 July, came a host of new European experiments. We begin with a couple you may recognise from Alexander Gerst’s Horizons mission as Luca re-adapts to his orbital workplace.

When you lift a cup of coffee, you are moving it against gravity. The amount of force you use to lift that cup or move any other object is something you learn as a child but, in the weightlessness of space, it is something astronauts must relearn.

The GRIP experiment studies how the central nervous system controls movements and the forces astronauts use to manipulate objects with their hands. After setting the experiment up in Europe’s Columbus laboratory on 28 July, both Luca and Andrew performed their first GRIP sessions last week.

Luca will take part in three GRIP sessions while on the International Space Station. He already performed two sessions on Earth and he will perform another three following his return. During each session, Luca will hold an object equipped with measuring instruments between his right thumb and index finger and carry out a variety of movements.

The results will help researchers understand potential hazards for astronauts as they move between different gravitational environments and improve the design of haptic interfaces used during deep space missions. 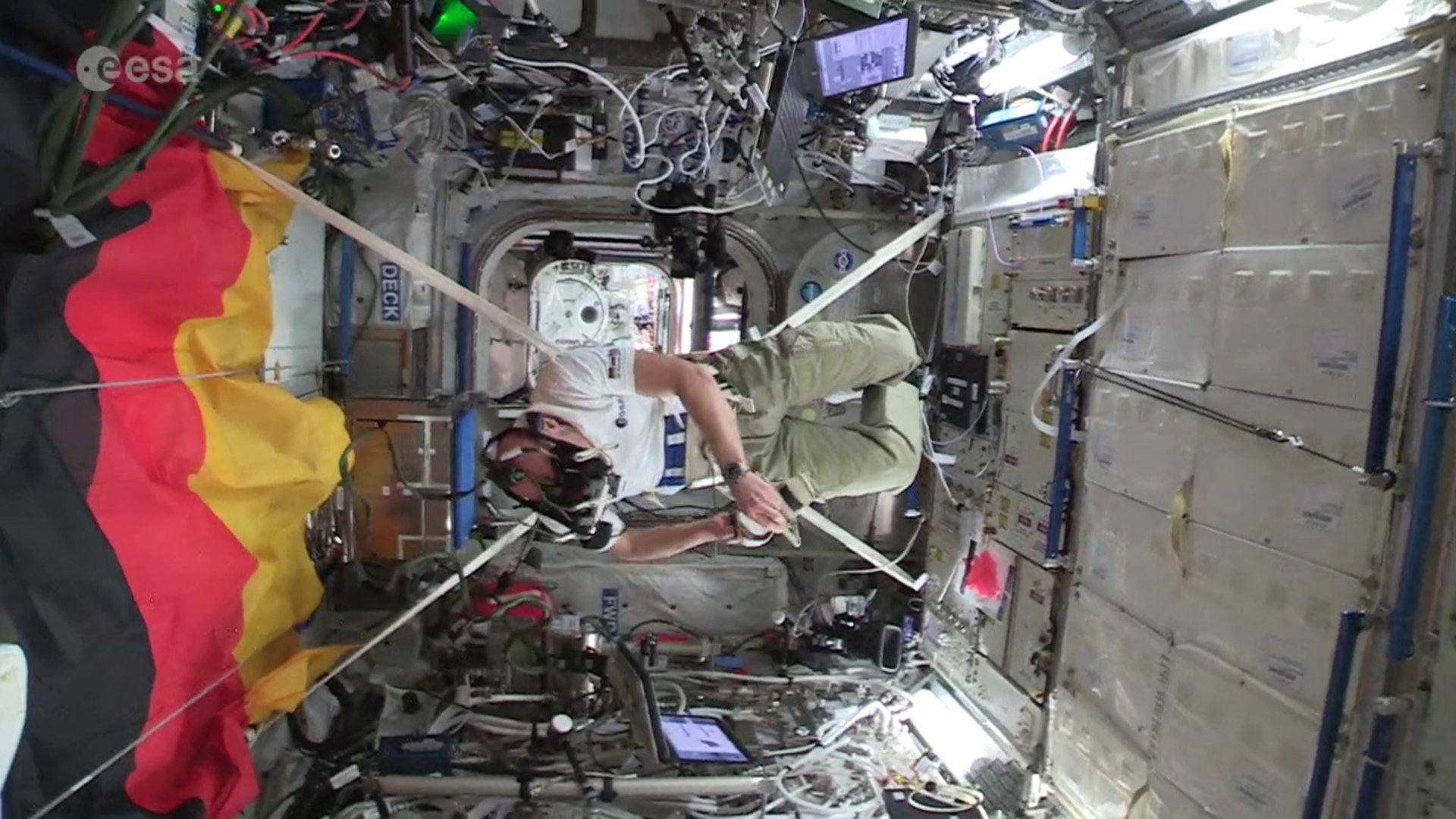 Horizons mission – Getting a good GRASP on gravity
Access the video

GRASP (Gravitational References for Sensimotor Performance) is another one you may remember from Alexander’s Horizons mission. Here researchers seek to better understand how the central nervous system integrates information from different senses, such as sight, sound and touch, to coordinate hand movements and determine what role gravity plays. Both Luca and Andrew also performed their first in-space GRASP sessions at the end of last week, wearing virtual reality headsets as they carried out a range of tasks.

The results of GRASP will be helpful in guiding astronauts during spacewalks and developing the most effective ways of controlling robots remotely from space. But they will also help us better treat disorders relating to vertigo, dizziness, balance and spatial orientation on Earth and could help surgeons and other professionals who need to tele-operate equipment.

The first new experiment Luca set-up as part of his second mission was NutrISS. Developed by Kaiser Italia for the Italian space agency ASI and ESA, this experiment will periodically assess any changes in Luca’s body weight, fat mass, and fat-free mass during spaceflight, juxtapose this with his diet and better equip medical teams to provide advice for maintaining good health in orbit.

Luca will use an app called Everywear to record the results of each measurement session and log his nutritional intake for five consecutive days. Everywear is like the space version of MyFitnessPal and allows astronauts to track their intake by scanning barcodes on the food they eat. The information Luca enters into Everywear will be accessible to his medical team who will look at it in relation to his measurements and provide dietary recommendations.

As well as NutrISS, Luca also set-up Biorock by retrieving experiment containers from the Minus Eighty-Degree Laboratory Freezer for ISS (MELFI) and installing them in the small temperature-controlled Kubik incubators. The University of Edinburgh experiment will continue to run in Kubik, unleashing a microbe on a basalt rock and assessing the biofilm that forms over the rock as the organism grows. Observing the rock-microbe system in space will help researchers understand the potential for biomining on other planetary bodies like asteroids, where new resources could be unearthed.

There is plenty planned for the crew in the weeks to come, but one highlight is the installation of Rubi (Reference mUltiscale Boiling Investigation). Developed and built by Airbus for ESA, Rubi aims to address the fundamentals of the boiling of fluids and is expected to be installed by Luca in the Columbus module this Friday 9 August.

We will communicate more about Rubi in the days to come. You can also follow this experiment on Twitter and stay tuned for the next snapshot of Space Station science.