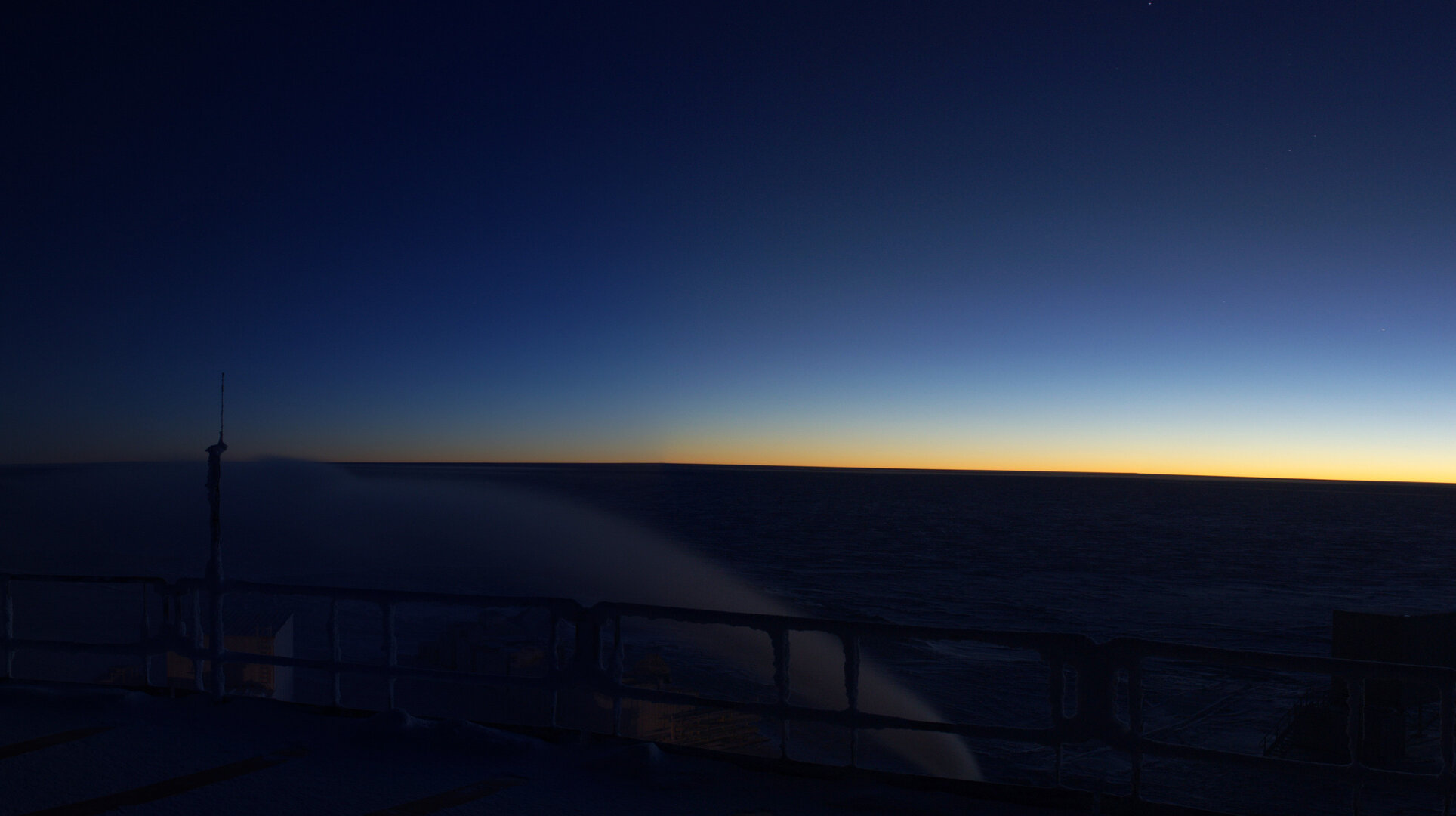 After three months of continuous night, morning will break on Saturday at the Concordia research station in Antarctica.

The Sun last set there in May and since then, the crew have watched for the faintest glow on the horizon that hinted at the position of the Sun and that separates nighttime from day. This glow dwindled into complete darkness at deepest point of winter in mid-June, and it has been gradually reappearing, slowly but steadily building up to the first real sunrise.

According previous crews, the difference between the bright glow and direct sunlight is huge; for the current crew, Saturday’s daybreak will be the most magnificent sunrise ever, revealing once more the icy panorama around their station.

The darkness of winter in polar regions is well known by people living in the far north. But the isolation and solitude of winter on the research station – located on the most distant and climatically challenging continent – is extreme. Spending a year in Antarctica and experiencing the long, cold and dark winter is comparable to carrying out space missions in many ways, which is why ESA takes part in activities at the Concordia station.

For example, bright light lamps are needed to regulate the crew’s body clocks at the station, and some crew members resort to medication to adjust their body clocks after they fall into an effect called ‘free-run’, when the actual time and their body clocks differ too much, and their bodies fail to regulate sleep. In space, the problem is actually the reverse: the astronauts on the Space Station experience 16 sunrises and sunsets a day, which is also severely disturbing.

The crew dynamics in a confined space under constant pressure is also like being on the Space Station. And after months of isolation, the Antarctica ‘hivernauts’ and International Space Station astronauts face the same issues: they have all but forgotten what it is like to see other people around, to smell the fresh scents of nature and to be outside without special protective clothing.

Concordia’s research doctors are sponsored by ESA, and this year the Greek Evangelos Kaimakamis has this role. In addition, Frenchman Olivier Delanoe is working with the grey water recycling system of Concordia, which is based on ESA developments for life support in spacecraft.

Evangelos and Concordia’s Italian technician Antonio Litterio have been blogging during the winter, and you can read about their experiences on the ESA Concordia blog.

After the first morning, the days will grow longer and longer until by December, the Sun will stay above the horizon for 24 hours a day. Then the base will be busy with visiting researchers and preparations for the next long winter. By then, the temperature will have risen to comfortable –25°C – a warm summer’s day by Concordia’s standards.

For the crew who live through the winter at the base, the arrival of the Sun is an important milestone, but the following months will be hard. They will have lot to do, for example cleaning up their base and preparing the summer camp. Even though the first plane does not arrive until November, opening officially the summer season and linking them to the outside world again, now it will be like the last leg of an endurance race: the worst is over.