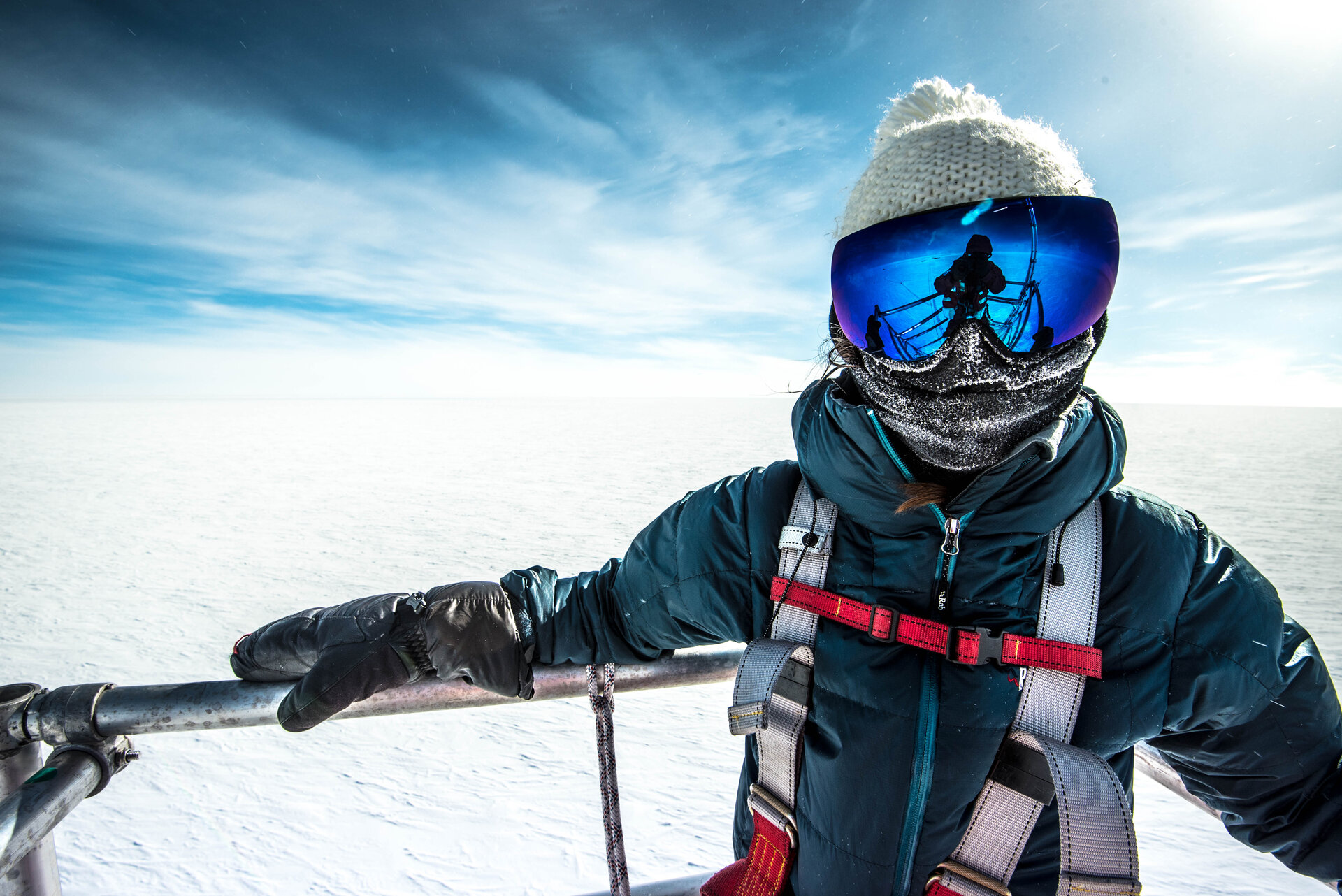 In Antarctica, the crew of the French–Italian Concordia research station are preparing for the winter. They have to survive six months of complete isolation – four in darkness because the Sun never rises above the horizon – while they perform science in one of the most barren places on Earth.

This year, ESA-sponsored medical doctor Beth Healey will monitor five experiments that are helping to prepare for long-duration missions to explore our Solar System. Living in Concordia is similar in many ways to living in space, where crew are cut off from the world without normal sunlight and live in reduced pressure – Concordia station lies 3200 m above sea level.

From searching for life that could survive in these extreme conditions to monitoring how the crew of 13 interact and cope with living in close quarters, Beth will have her hands full as the crew maintain the station and perform Antarctic science for the French and Italian polar institutes.

Checking the data nearer to sea at Halley

Scientific experiments often compare results taken from different places and time periods. ESA signed an agreement this month with the British Antarctic Survey to perform two of the five Concordia experiments at their Halley VI station. If this pilot season runs well, ESA will extend the cooperation.

Concordia offers ESA scientists a place to investigate how humans adapt to living in isolation and at high altitudes. The crew at Halley experience the same isolation and lack of daylight but live at sea level. Performing the same investigations at Halley will allow researchers to cross one factor off the list that might influence data: air pressure.

Over the next six months, volunteers at Halley and Concordia will record themselves in a video diary and have their social interactions monitored. This is working towards  objective computer software that will give clues to an astronaut’s state of mind.

Ask anybody how they feel and most will reply ‘fine’ but, for mission controllers planning a complex spacewalk or spacecraft docking, having an objective second-opinion could be a lifesaver.

The system works by analysing small changes in intonation and grammar, as well as charting how often people talk to each other, to develop an idea of how people feel.

The second experiment being run at both sites will test how our eyes adapt to four months of outside darkness and artificial lighting.

David Vaughan, British Antarctic Survey’s director of science, concludes: “We are committed to supporting excellent science in Antarctica in all disciplines. We are hugely excited to be hosting these new experiments that may help prepare for, perhaps, the biggest adventure in history, a manned flight to Mars.”