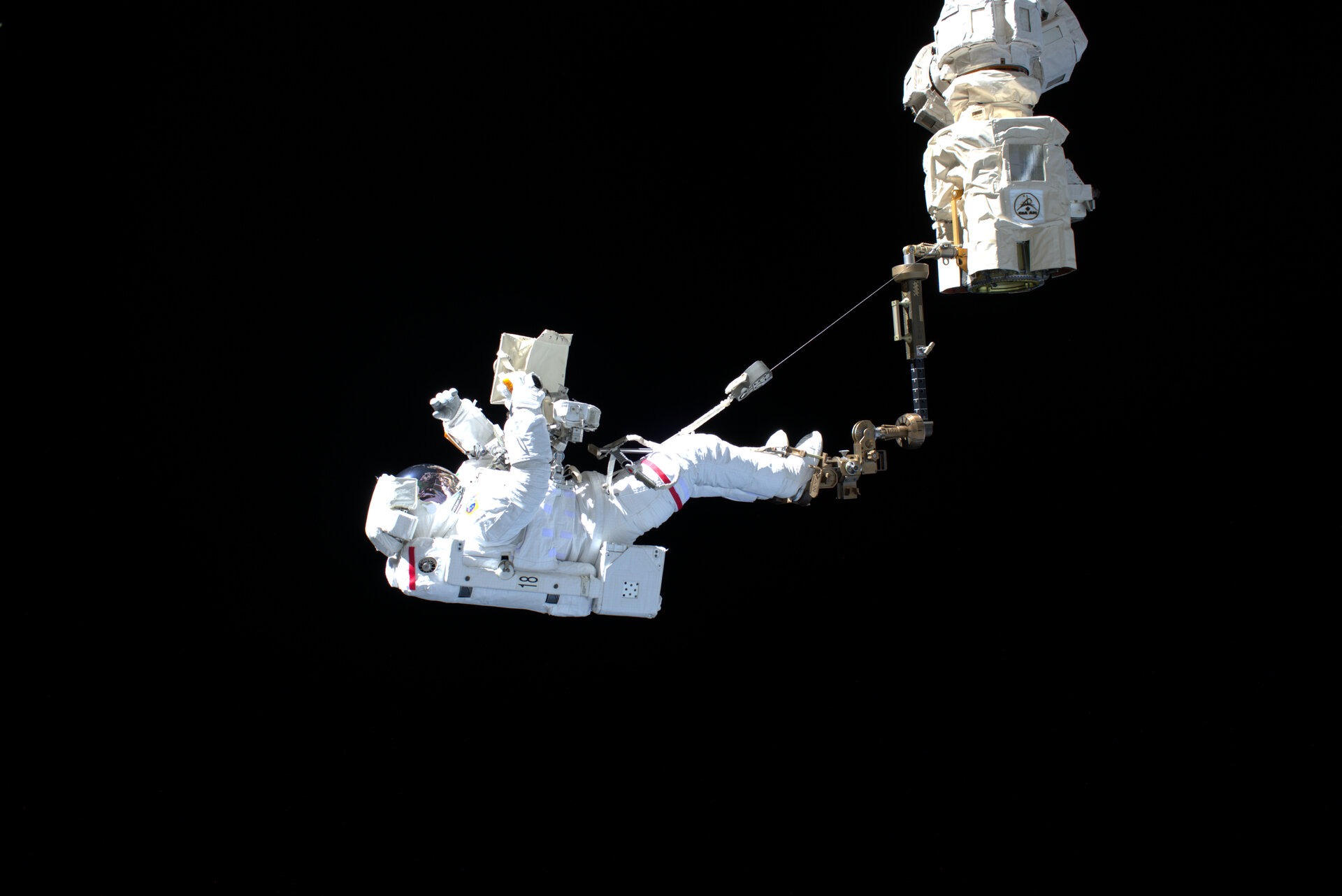 ESA astronaut Luca Parmitano will take the lead spacewalking role yet again on 22 November as he and NASA astronaut Andrew Morgan go beyond the International Space Station airlock to service the Alpha Magnetic Spectrometer AMS-02.

Starting at around 13:05 CET (12:05 GMT) this spacewalk is the second in a complex series in which Luca and Drew will replace the cosmic ray detector’s cooling system – a task never designed for completion in orbit.

The entire spacewalk will be streamed live on ESA Web TV. Coverage starts at 12:30 CET (11:30 GMT) and spacewalk commentary will be provided by NASA. Regular updates will also be posted via @esaspaceflight on Twitter.

The pair will be supported by NASA astronauts Christina Koch and Jessica Meir who will operate the Canadarm2 robotic arm from inside the Station. This will help position Luca around the hard-to-reach work site, located on top of the Station’s S3 Truss structure between a pair of solar arrays and radiators.

Thanks to efficient work during the first AMS spacewalk, Luca and Drew have already removed and jettisoned the instrument’s debris shield and a carbon-fibre cover. This gives them clear access to the worksite where they will now cut a series of cables in preparation for the third spacewalk known as ‘the money run’ when they will install new pumps to prolong the experiment’s lifetime.

The second spacewalk has been labelled ‘the nail-biter’ and is considered particularly challenging as Luca must cut two cables, without damaging others alongside them. If the wrong cables are cut, the experiment will be lost, so it requires a high level of care and concentration.

Both Luca and Drew trained extensively on the ground for these AMS spacewalks. This included carrying out multiple runs in NASA’s Neutral Buoyancy Laboratory (NBL) pool, using a suspension harness known as ARGOS and working through the tasks in virtual reality.

Over 20 new tools were designed for the job, which has been four years in the making. 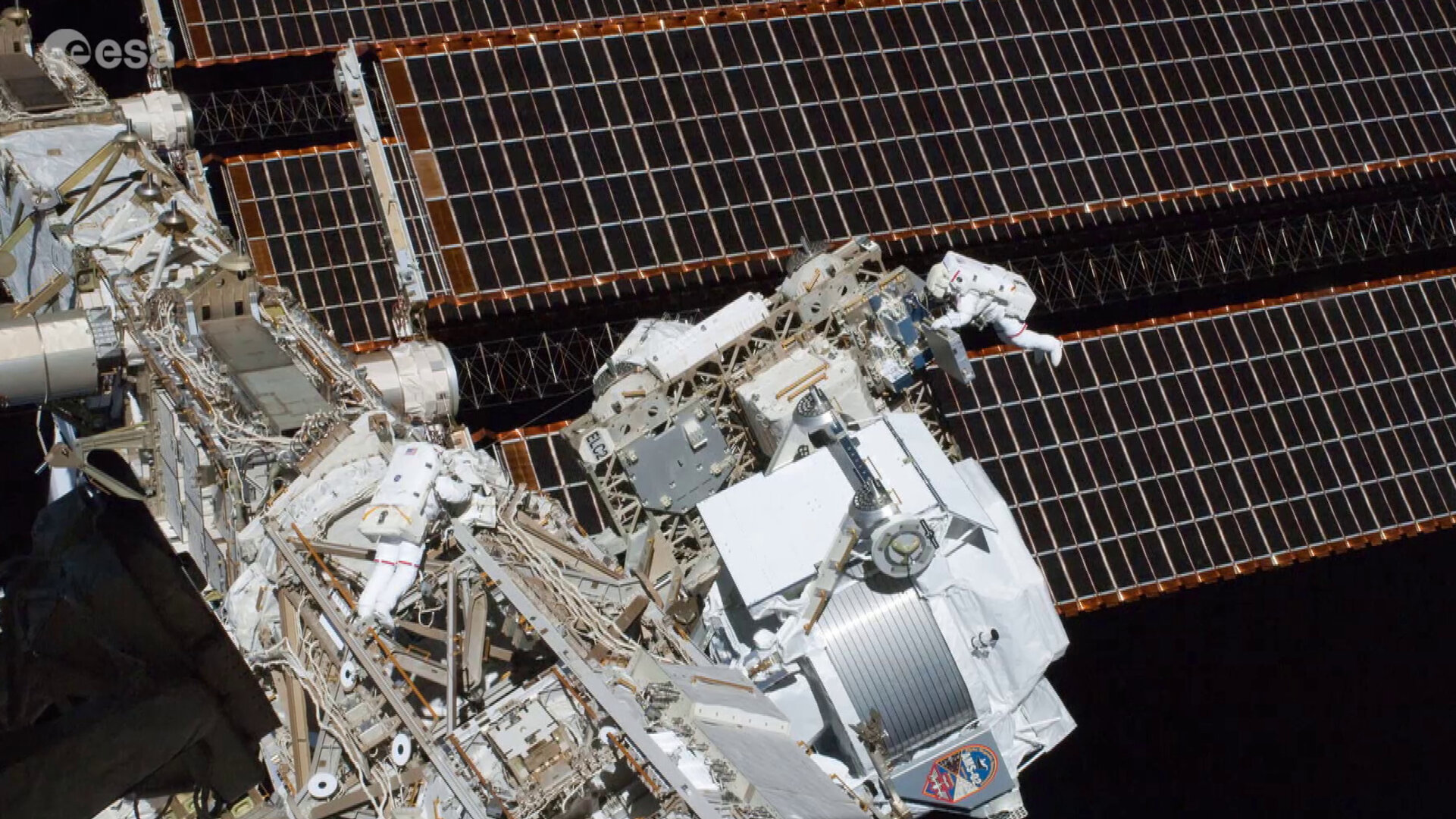 The ESA Web TV replay of the first AMS spacewalk featuring commentary from ESA experts Frank De Winne, Hervé Stevenin, Andrea Boyd and German AMS-02 project lead and astrophysicist from RWTH Aachen University Stefan Schael, as well as input from the European laboratory for particle physics CERN and principal investigator Samuel Ting, is available to view on demand. You can also learn more about what it takes to prepare for a spacewalk in the latest episode of the Beyond mission podcast ESA Explores.