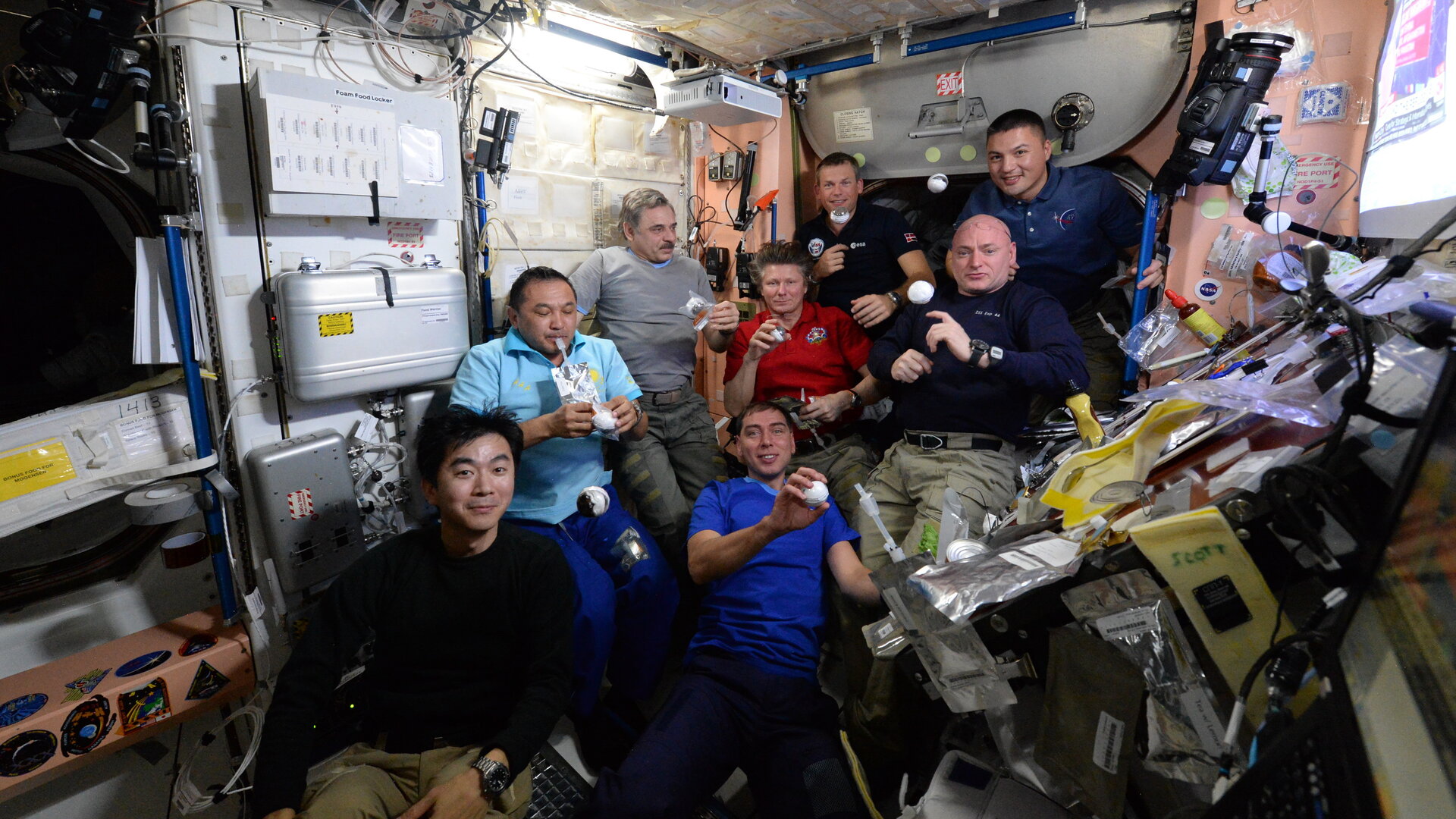 The information on this page was correct at publication but is no longer updated.

Andreas flew to the Space Station with one commander and returned with another.

Born in 1973 this was his third trip to space spending over a year on the Space Station in total. He has also performed three spacewalks. His impressive career is maybe not that surprising as he is a second-generation astronaut – his father Alexander Volkov was also a cosmonaut and spent 391 days in space, a record his son is set to beat after this spaceflight.

Kazakh cosmonaut Aidyn Aimbetov flew to space for the first time during the iriss mission. One of two trained Kazakh cosmonauts he left and returned to Earth from his home country. The Soyuz spacecraft was launched from Baikonur, Kazakhstan, and the crew landed in the Kazakh steppe ten days later.

Aidyn is a military pilot and was the third Kazakh to go to space.

Mikhail graduated as a cosmonaut in 1998 and has logged more than 176 days in space. His experience grew impressively on this mission because it lasts for a whole year. He will spend a year in space with NASA’s Scott Kelly to test human adaptation to weightlessness.

Another space veteran, Scott Kelly has flown in space three times, to the International Space Station and to the Hubble telescope. On his previous flight to the Space Station in 2010, for Expedition 25/26, he was the Station commander.

NASA astronaut Kjell Lindgren’s background has some similarities to Andreas. They were both selected as astronauts in 2009 and each was on their first spaceflight. Both have an international upbringing and have worked in the space industry before becoming an astronaut.

Kjell has a career in medicine and physiology, specialising in  astronauts.

Japanese astronaut Kimiya Yui was born in 1970 and has a military and engineering background. Like Kjell and Andreas, Kimiya also became an astronaut in 2009.

Kimiya and Andreas share another thing in common, they are both ‘aquanauts’, having spent over a week underwater on one of NASA’s training missions off the coast of Florida. These missions prepare crews for life on the International Space Station, living in cramped quarters with no easy way out.

Russian cosmonaut Oleg Kononenko seems to return to the International Space Station at regular intervals. His last time was in 2010 with ESA astronaut André Kuipers.He started his career in space as an engineer at the Central Design Bureau in Samara. At the age of 34, he began training as part of the group of cosmonauts selected for the International Space Station programme.

Oleg performed two spacewalks during his first spaceflight in 2008. He spent more than 12 hours in space to outfit the Station’s exterior, including the installation of a docking target on the Zvezda service module. The maiden flight of Europe’s space ferry, ATV Jules Verne, took place during that mission.

During the ESA PromISSe mission, he assisted André Kuipers during the docking manoeuvres of ATV Edoardo Amaldi.

Andreas climbed into the Soyuz spacecraft under command of cosmonaut Gennady Padalka who travelled to the Space Station with Scott and Mikhail.

Gennady is the most experienced astronaut in terms of hours spent in space, breaking the previous record on this spaceflight. He has flown to both the International Space Station and Russia’s own earlier Mir station on four spaceflights. He was commander of the Space Station for Expeditions 9, 19, 20 and 31. In 2012, he returned to the Station for a third stay, sharing time with ESA astronaut André Kuipers.

Gennady has nine spacewalks under his belt on both space stations. His spacewalk from Mir in 1998 was unusual in that they did not venture outside but entered a sealed-off depressurised module. In total, he has spent more than 32 hours on spacewalks.