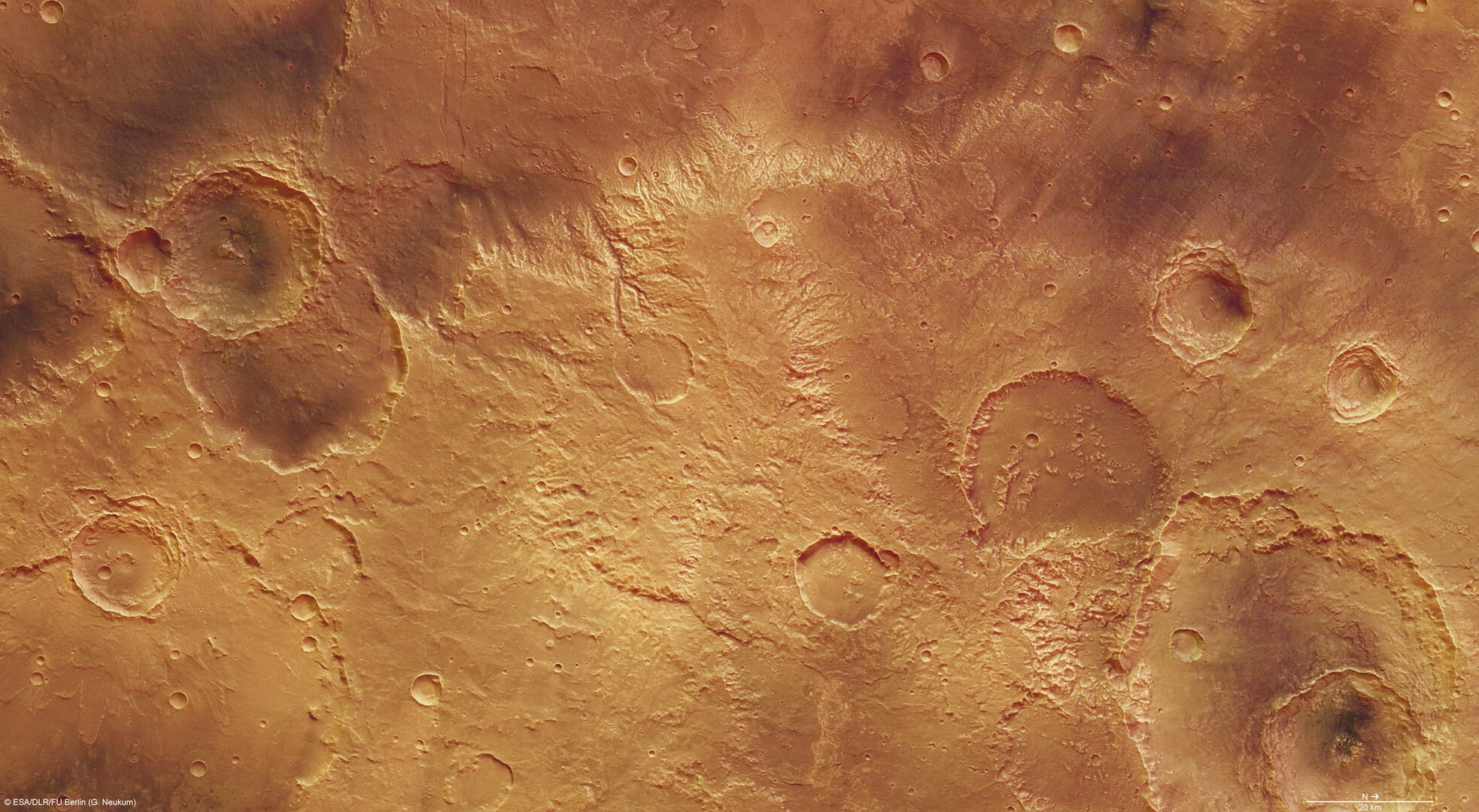 The Mars Express High Resolution Stereo Camera has imaged craters both young and old in this view of the Southern Highlands of Mars.

Part of the Sirenum Fossae region in the Southern Highlands, the area in this image is centred at about 28°S / 185°E. The image captures an area to the north of the Magelhaens Crater. It extends some 230 km by 127 km and covers about 29 450 sq km, roughly the size of Belgium. The image resolution is approximately 29 metres per pixel.

Sirenum Fossae extends for more than 2500 km to the southwest of the Tharsis volcanic region, which contains Olympus Mons, the highest volcano in our Solar System. Sirenum Fossae is a system of grabens, formed by stresses placed on the crust during the uprising of the Tharsis region. A graben is visible as two sets of parallel lines running from top to bottom to the left of centre.

The Southern Highlands are older than the Northern Lowlands, based on the larger number of impact craters seen to cover the region. Craters of 50 km in diameter are common in this area and have usually suffered from erosion, indicating they were formed during ancient times.

There is an impact crater with a diameter of about 28 km to the left of the image. In contrast to other craters in its vicinity, it has experienced less erosion – its crater rim and central peak are still preserved. There are three other craters nearby: to the west is a large crater with a diameter of 56 km, to the northeast one that stretches 34 km across and a smaller crater of only 9 km diameter to the south.

In the central part of the image, a plateau is recognisable and shows evidence of further erosion. In particular, there is a broad valley system on the western slope.