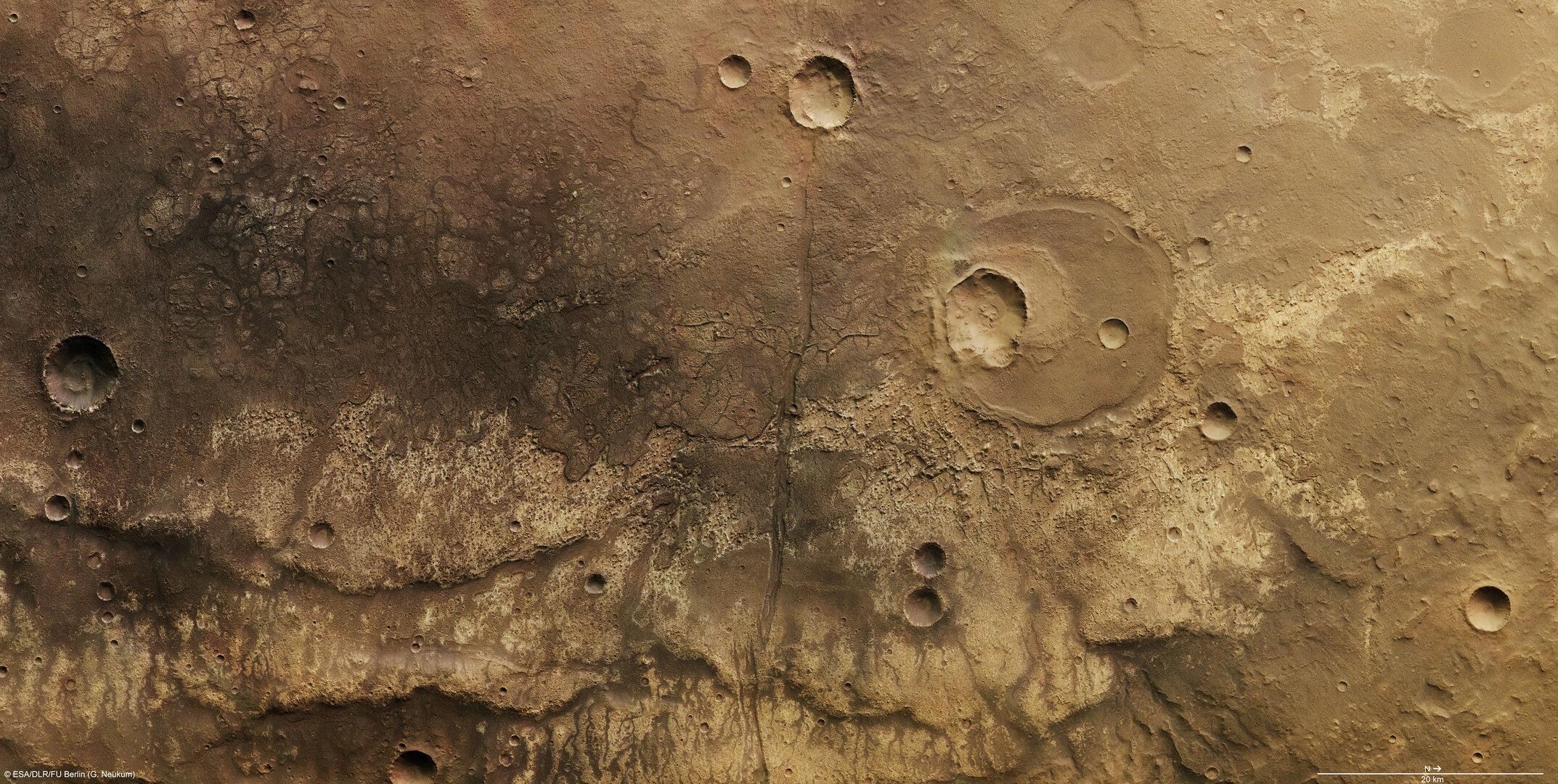 After Valles Marineris, Ma’adim Vallis is one of the largest canyons on Mars. The region, lying south-east of Ma’adim Vallis, was imaged on 24 December 2008. The pictures are centred at about 29°S and 182°E and have a ground resolution of 15 m/pixel.

A linear feature, more than 200 km long, divides the image almost in the centre. It is most likely a trough associated with the uprising of the Tharsis volcanic region in the north-east. The uprising may have created a lot of stress in the crust which was released when the fracture zones formed, creating the trough.