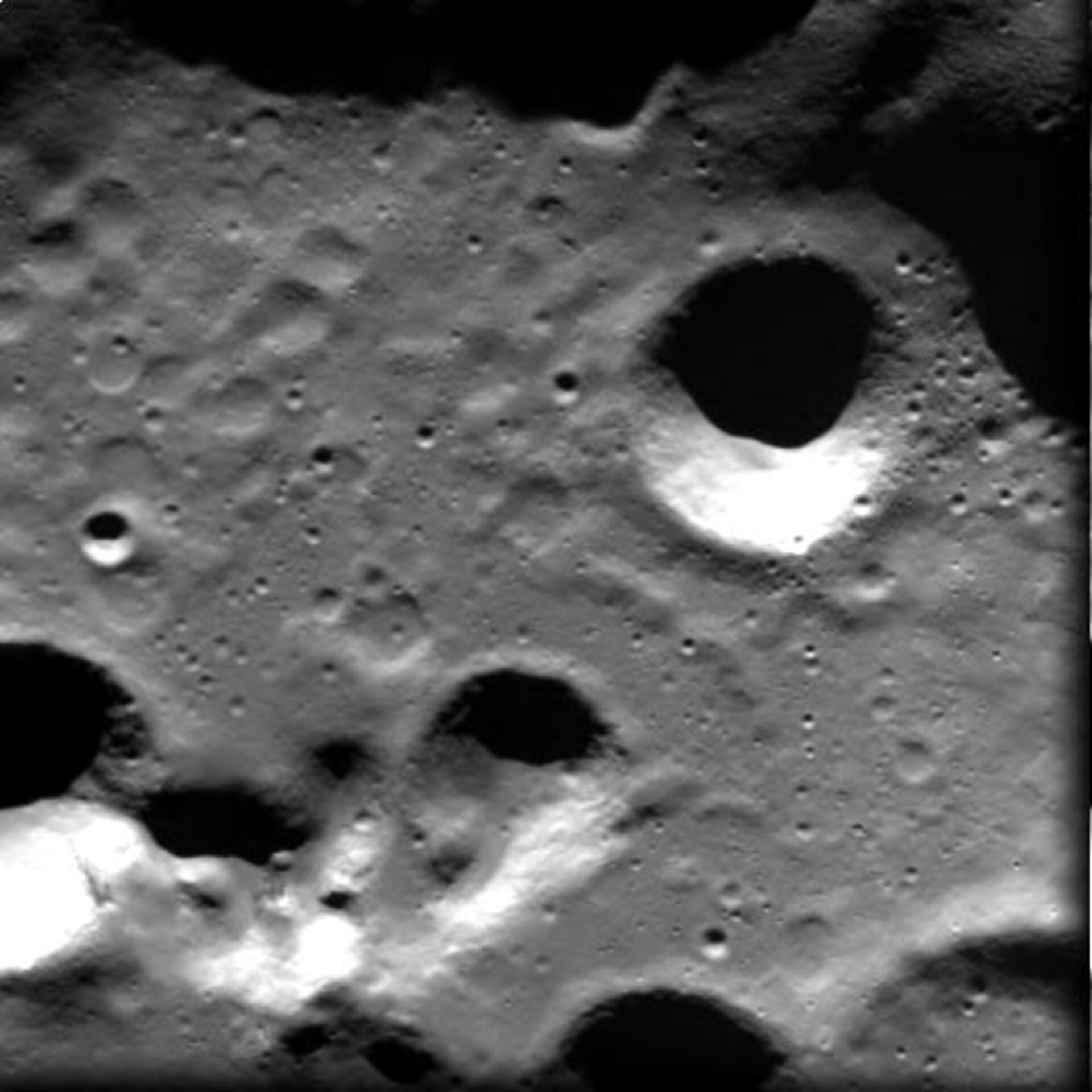 This high-resolution image, taken by the advanced Moon Imaging Experiment (AMIE) on board ESA’s SMART-1 spacecraft, shows part of crater Jacobi in the southern hemisphere of the Moon. The rim of the crater is seen on the upper edge of the image.

AMIE obtained this sequence on 18 March 2006 from a distance of about 578 kilometres from the surface, with a ground resolution of 52 metres per pixel. The imaged area is centred at a latitude of 56.5º South and a longitude of 10.9º East, with a field of view of 27 km. North is at the right in the image.

The crater Jacobi itself is much larger than this image - about 70 kilometres in diameter - whereas this image only shows an area of about 25 square kilometres. The single prominent crater to the upper right of the image centre is ‘Jacobi W’, with a diameter of only 7 kilometres. It is possible to note the peculiar surface structure in the upper left area of the image, indicating several heavily eroded kilometre-sized craters having roughly the same size.

This area is named after the German mathematician Carl Jacobi (1804 - 1851), who worked on elliptic functions and was active in the field of celestial mechanics.