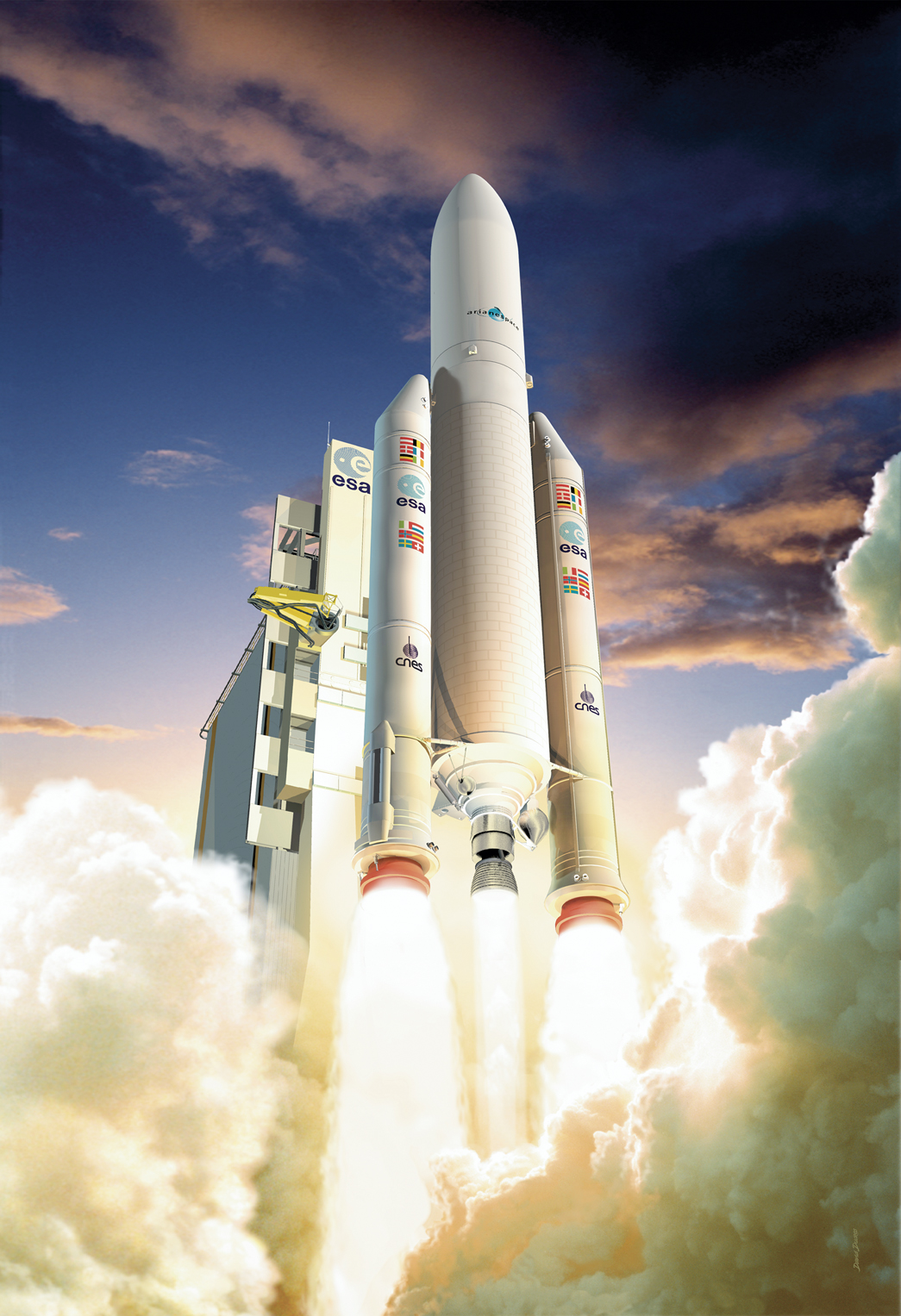 Rockets are used to launch satellites and Space Shuttles into space. Their powerful engines allow spacecraft to be blasted into space at incredible speeds, putting them into the correct orbit. Europe's most important rocket family is the Ariane. Since 1979, five main types of Ariane rocket have flown from Kourou, Europe's Spaceport in French Guiana.

The basic version of Ariane-5, called the Ariane-5 Generic, first flew successfully in 1997. It weighed 750 tonnes at launch. It could lift two satellites weighing a total of more than six tonnes into orbit.

To compete with large launchers from other countries, more powerful Ariane 5s have been developed. The Ariane-5 ECA can deliver up to 10 tonnes into orbit, and in the future will deliver even more than this. Another version, called Ariane-5 ES, carries the 19 tonne Automated Transfer Vehicles (ATVs) into low-Earth orbit, at the start of their journey to the International Space Station (ISS).

Although communications satellites are generally becoming bigger, there is still a need for a small launcher to launch other types of satellites. Europe decided to build its own low-cost, solid fuelled rocket called Vega. This rocket can place satellites weighing 300 to 2000 kg into different orbits. Vega’s first launch from Kourou took place on 13 February 2012.

Europe also agreed with Russia to launch Soyuz from Kourou. The first Soyuz launch from South America took place on 21 October 2011. Soyuz is a mid-size rocket that has been used successfully by Russia for many years. ESA satellites such as Cluster and Mars Express were previously launched by Soyuz from Baikonur cosmodrome in Kazakhstan. It also launches crewed missions to the ISS from Baikonur.