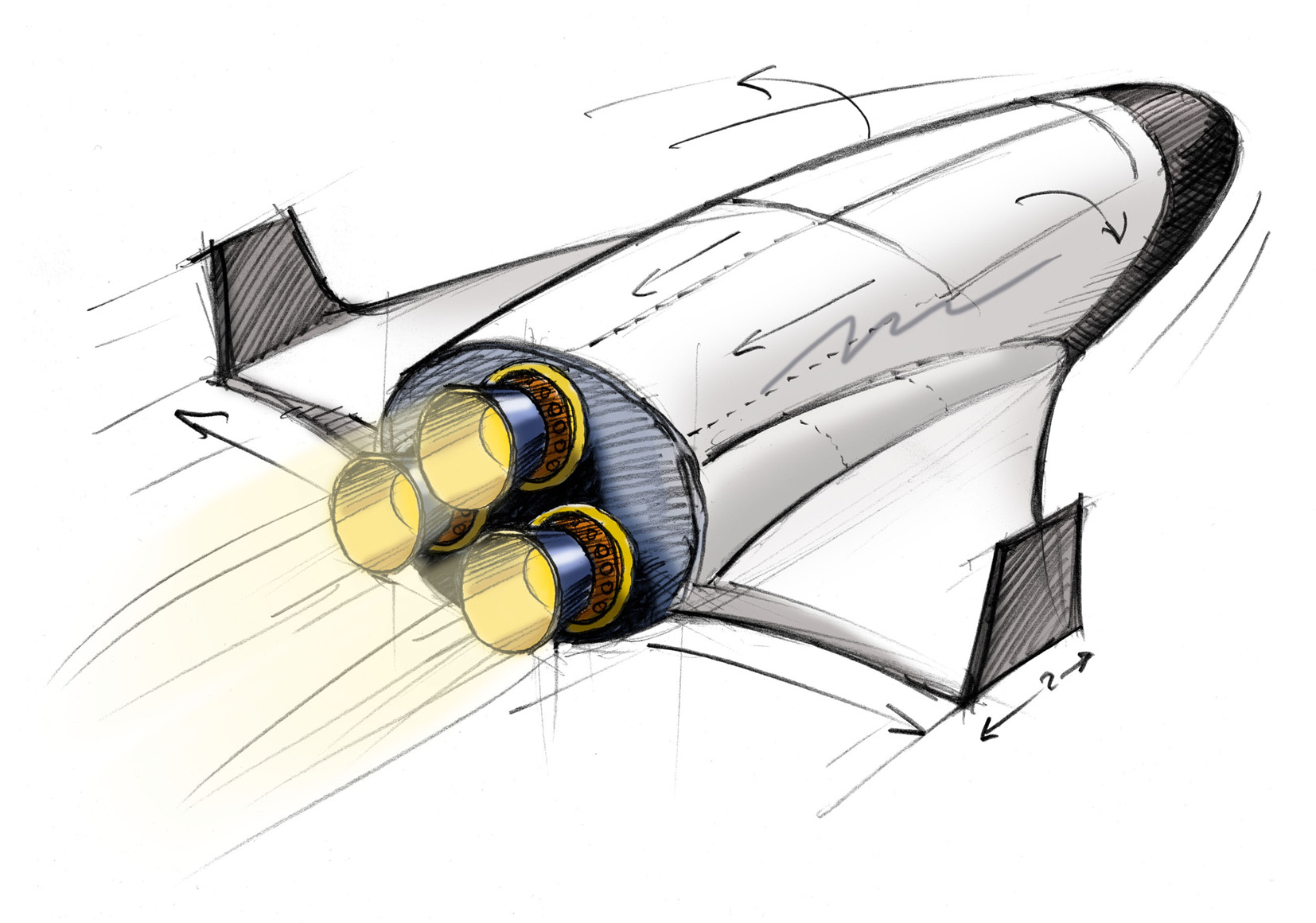 There are various ways to launch and fly reusable spacecraft.

The Space Shuttle uses its own engines, together with two powerful solid rocket boosters, to get off the ground. This is sometimes called 'single stage to orbit'.

One problem with a Space Shuttle type of spacecraft is the weight added by fuel and rocket engines. Even so, the Shuttle has to return to Earth like a glider. It has no jet engines and cannot fly around for a second attempt if it misses the runway.

One way to shrink the spacecraft is to give it a piggyback ride for part of the way. For example, a large aircraft can carry a spaceplane to a height of 10 km. Once it is above most of the atmosphere, the spaceplane is released.

It is also possible to use a rocket to launch a reusable spacecraft. In the early 1990s, ESA studied launching a small spaceplane called Hermes on top of the Ariane-5 launcher.

Another way to save weight may be to apply a new generation of engines using the air of our atmosphere during the first part of the climb. Only when the vehicle reaches outer space would it switch to rocket power using the onboard oxygen. However, engines such as these are still many years away.