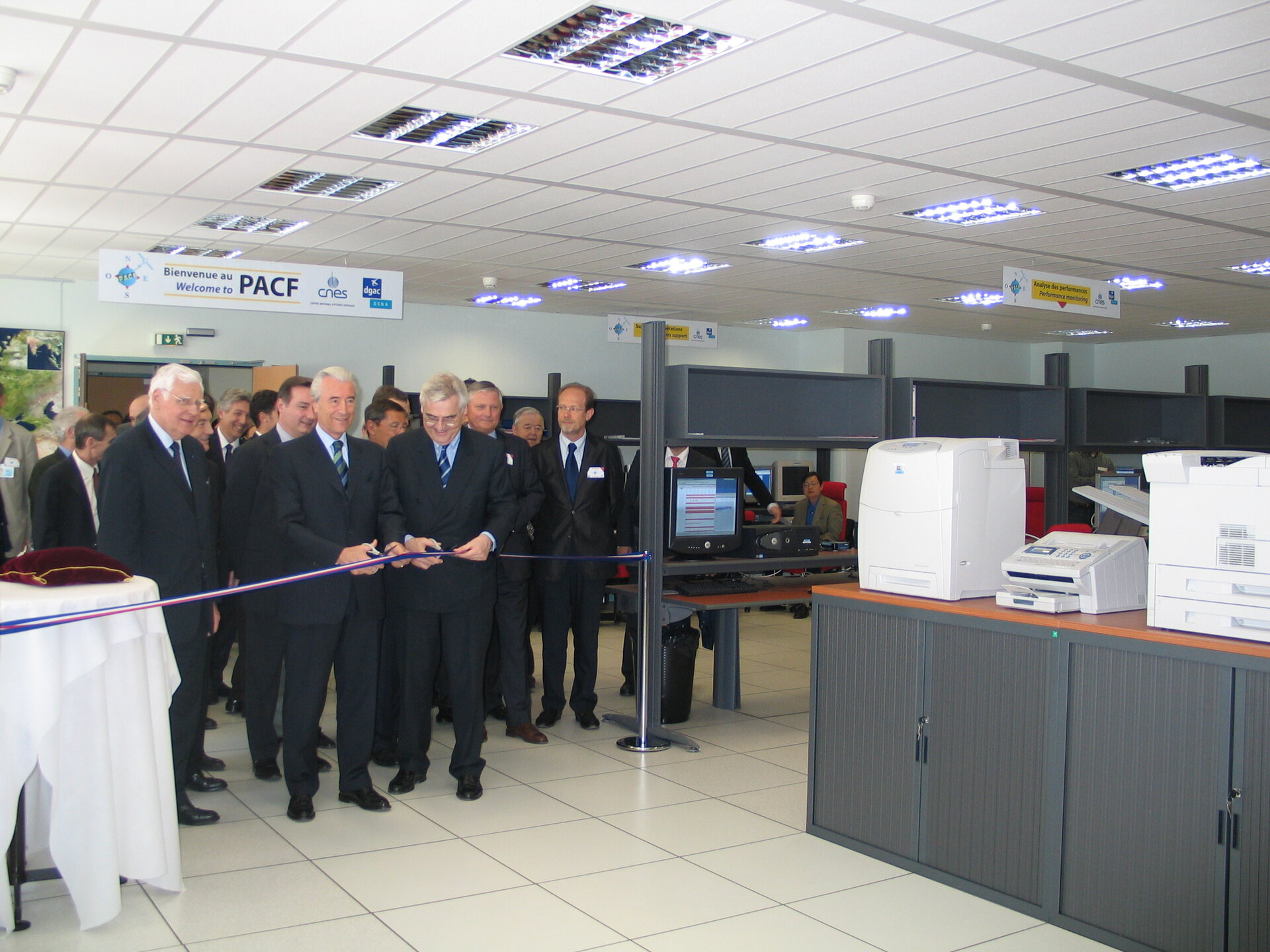 On Thursday 24 March the inauguration of the EGNOS Performance Assessment and Check-out Facility took place at the Toulouse Space Centre. Present at the event were the French Minister for Research and the Minister of Transport.

EGNOS, which stands for European Geostationary Navigation Overlay Service, is a joint programme of ESA, the European Commission and Eurocontrol, the European Organisation for the Safety of Air Navigation. Developed by an industrial consortium led by Alcatel Space, EGNOS is made up of a network of more than 40 ground stations based all over Europe that record, correct and improve data coming from the US global positioning system (GPS). The modified signals are then relayed to users via geostationary satellites.

EGNOS will allow users to determine their position to within 2 metres, against the 15 to 20 metres currently offered by GPS alone. In addition it offers a guaranteed quality of signal that GPS, a military system, can not provide.

The EGNOS Performance Assessment and Check-out Facility (PACF), now opened in Toulouse, will be exploited jointly by CNES, the French space agency, and the Direction des Services de la Navigation Aérienne of the French civil aviation authority. PACF is one element in the EGNOS network and is designed for planning and monitoring operations, checking the status of the system and analysing its way of working.

Gilles de Robien, the French minister of Transport said, “Within Europe EGNOS will provide an additional safety element for users and a tool to reduce the impact of air traffic on those living close to airports”.

EGNOS goes beyond civil aviation however, as François d’Aubert, the French Minister for Research pointed out: “EGNOS is already a great success for Europe but it is only the first step in a strategy to provide a European navigation system. The next step, already well advanced, is the Galileo programme.”

Giuseppe Viriglio, ESA Director of EU and Industry Programmes, agreed: “EGNOS services show and open the road for the development of world services from the Galileo system. These developments have given Europe the industrial capabilities that will allow to take its full part in the market of mobility and positioning services.”