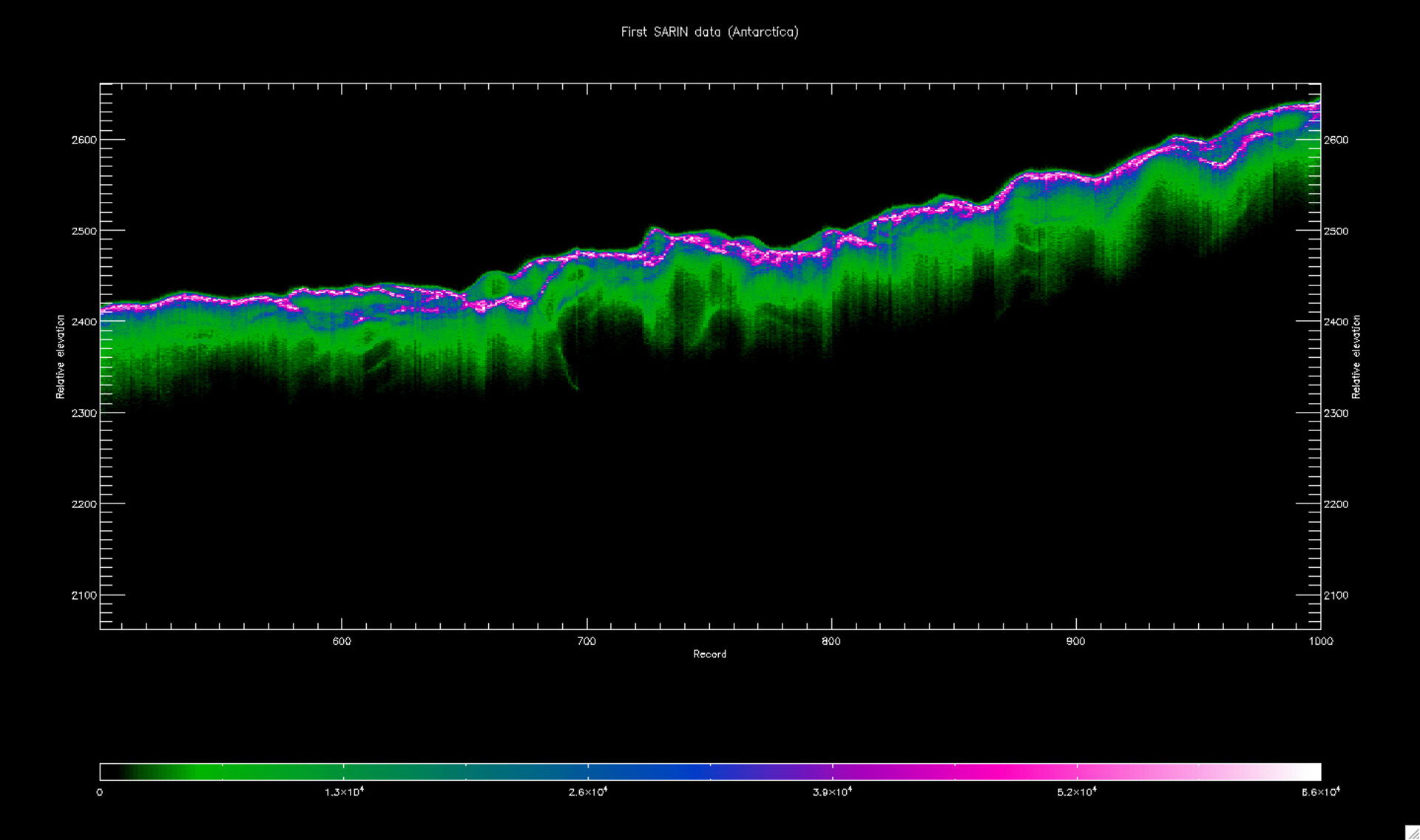 Today, participants at the Living Planet Symposium have been hearing about ESA's most recently launched mission, CryoSat-2. In orbit for almost three months, the satellite is in excellent health with scientists very encouraged by the first ice-thickness data presented at the symposium.

Prof. Duncan Wingham, Lead Investigator for the CryoSat mission, stated, "The satellite is in very good shape – exceeding in-orbit specifications, the ground segment software is fine, the system of data distribution looks good and we are excited by the quality of data being received.

"It is extremely rewarding to see the theoretical idea we had for an ice mission 10 years ago now coming to fruition."

CryoSat-2 was launched last April, so the satellite and instruments are still being commissioned, a process that will continue until the autumn. Nevertheless, scientists and users are very excited by the first data, which already show the fine detail of the ice surface.

These data also demonstrate the added coverage that CryoSat-2 delivers. The satellite's orbit brings it closer to the poles than earlier observation satellites, covering an additional 4.6 million sq km – an area larger than all 27 European Union member states put together.

CryoSat is Europe's first mission dedicated to monitoring Earth's ice fields. The satellite carries the first radar altimeter of its kind to overcome the difficulties of measuring icy surfaces.

Its primary payload, the sophisticated SAR/Interferometric Radar Altimeter (SIRAL), can measure the thickness of sea ice down to centimetres and monitor changes in the ice sheets on land, particularly around the edges where icebergs are calved from the vast ice sheets that blanket Greenland and Antarctica.

Together with information on ice extent, these measurements will show how the volume of Earth's ice is changing and lead to a better understanding of the relationship between ice and climate change.

"We have had some hiccups with the science data processor – after all, a radar like this has never flown in space before. But we’ve shaken most of these out now and the results are looking very good," said CryoSat-2 Project Manager Richard Francis.

"In particular the resolution of this system is amazing. We can see lots of detail in this track over part of Antarctica, made on the day the SIRAL instrument was first switched on."

It was also announced today that orbit data from the Doppler Orbit and Radio Positioning Integration by Satellite (DORIS) radio receiver will be released in early July.

DORIS is a tracking system carried by CryoSat-2 to detect and measure the Doppler shift on signals broadcast from a network of radio beacons around the world. These signals are used for orbit determination, down to millimetre level and essential for accurately measuring the height of the ice surface.

Since the data from DORIS have been validated and shown to be excellent, they are being released to the community before the end of commissioning.

Now half-way through commissioning, CryoSat-2 is clearly well on track to delivering the precise data on ice-thickness change that are much-needed to provide a better insight into what is happening to Earth's ice cover as a result of climate change.